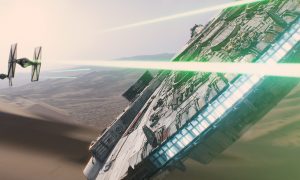 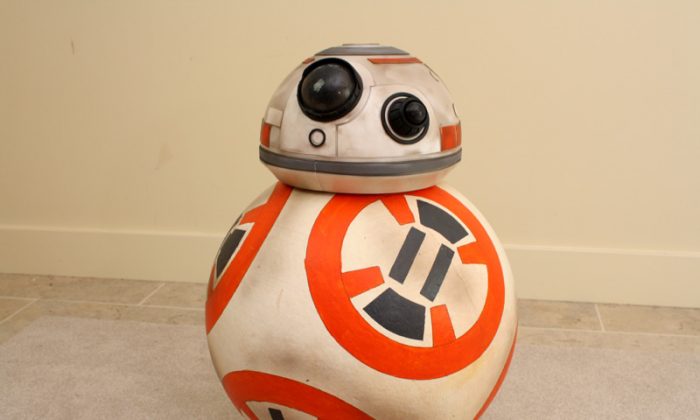 A functioning replica of the BB-8 Droid (James Burton).
Tech

How to Build Your Own Star Wars BB-8 Droid (Video)

Still months away from its premiere, “Star Wars: The Force Awakens” has already unleashed a wave of hobbyists building models of robots and spacecrafts featured in the series. Since December, we’ve seen the construction of drones outfitted to look like the Millennium Falcon and the Tie Fighter.

Now, a robot enthusiast is building something simultaneously more ambitious and more modest: a life-size replica of the BB-8 Droid, which was seen in the first trailer for The Force Awakens.

Last week, James Burton of xrobots.co.uk posted the finale of his comprehensive four-part tutorial on how to build your own BB-8 Droid, one that can roll around just like in the movies.

The droid sits on an enormous ball, balancing on the largely hollow object below with wheels and accelerometers that can move in all directions. The ball is made of expanded polystyrene, a lightweight material that gives more relative inertia, and therefore stability, to the droid placed on top.

Burton purchased the bulk of the construction material—computer chips, motors, and wheels—from Sparkfun, and fashioned the exterior of the droid and the frame with a 3D printer.

The project was started before footage of the actual BB-8 Droid was released. Burton said that he will be building a second version of the BB-8 replica with the updated information.