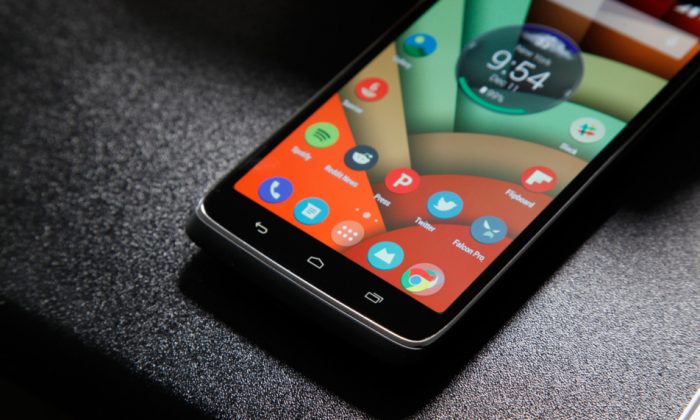 Smartphones have gotten gigantic in the past few years. Samsung wasn’t the first phone maker to start churning out huge handsets, but it certainly played the biggest role in popularized the “phablet” category, and in increasing the size of the displays on non-phablet smartphones as well.

Samsung caused such a major shift in the industry, in fact, that even Apple had no choice but to play follow the leader. And by following Samsung and making bigger iPhones, Apple ended up recording the most profitable quarter in history.

Apple was late to the game when it comes to launching bigger phones, but the company did introduce a simple but brilliant new feature alongside the iPhone 6 and iPhone 6 Plus. And now, Android users finally have access to that great new feature.

Before we get too far into this, an important disclaimer: this Android hack requires that your phone be rooted. If you’re not sure what that means, it’s probably best that you move on right now.

With that out of the way, a new Android tweak created by XDA Developers forum member “snorrski” allows users to add reachability to any Android device.

For those unfamiliar with reachability, we recently called it the single most important trick every iPhone 6 and 6 Plus should know. It lets users double-tap the home button on any screen to temporarily shift the entire interface downward, allowing people to reach items near the top of the screen more easily with one hand.

We won’t dive too deep into the process of setting up reachability on an Android phone, since it’s a bit too advanced for most users. If you’re a savvy Android device owner with a rooted phone, however, you should definitely head over to the XDA Developers thread and get cracking.

Here are some screenshots that show how it works.