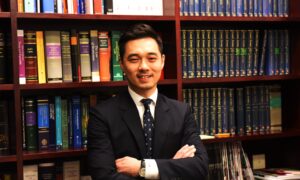 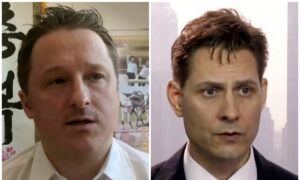 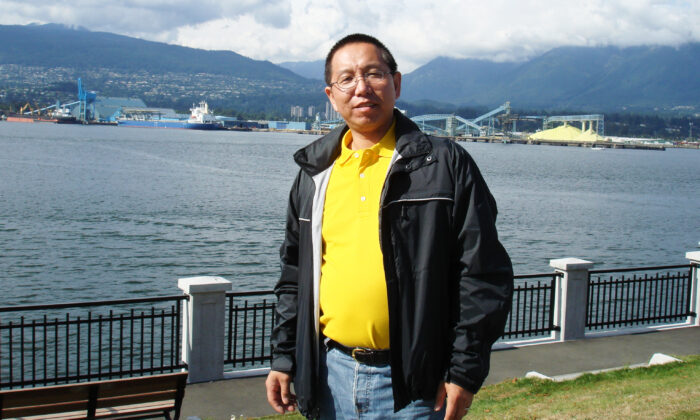 Driving from their home in New York to Cambridge, Massachusetts, Harrison Li had no idea it would be the last time he saw his father for more than a decade.

It was the summer of 2016, and Li was about to resume his studies at Harvard. After dropping him off, his father returned to Long Island, where he was making final preparations for his own trip to Shanghai.

“We had no inkling anything like this was going to happen,” the younger Li said.

Kai Li was born in Shanghai, and he was returning to the city for a ceremony to mark the one-year anniversary of his mother’s death. However when his plane landed, he was met not by his family, but state security agents—beginning a years-long ordeal that resulted, in July 2018, in him being sentenced to 10 years in prison for espionage.

The Li family maintains that the charges are trumped up and politically motivated. The case, which was held behind closed doors and has not been widely publicized, revolves around supposed state secrets that Li and his lawyer argue are freely available online, as well as communications with the U.S. government that are routine for people doing cross-border business.

In a letter to President Donald Trump in January, multiple U.S. lawmakers denounced Li’s “arbitrary detention” and urged Washington to do more to lobby for his release.

China’s Ministry of Foreign Affairs did not respond to a faxed request for comment from CNN on the case.

Kai Li appeared to be an American success story. Born in Shanghai in 1962, he emigrated to the United States aged 27 to study, and later became an American citizen. A natural entrepreneur, he opened two gas stations on Long Island and also an export business, serving as a wholesale buyer and distributor of solar cells and related technologies for major U.S. aerospace firms. China is among the largest manufacturers of solar equipment in the world.

For his export business, Li regularly traveled to the country to meet with clients, as well as to visit his extended family.

“My father would visit China a couple of times a year, for two or three weeks at a time,” Harrison Li said. “He’s been doing that for 20-plus years.”

Prior to being detained by state security at the airport in Shanghai, Harrison Li said the family had no idea anything might be amiss. While the motivation behind the case is unclear, Kai Li has since suggested to his son that it could have been prompted by a business rival seeking to get him in trouble with the authorities.

China’s justice system is particularly opaque—especially when it comes to cases regarding state security. No details about Li’s case have been published in China, either by the court or state media. Li’s eventual trial was held behind closed doors, without U.S. officials present.

For two months, Li was held in residential surveillance at a designated location, an extralegal system a panel of United Nations human rights experts has described as “tantamount to enforced disappearance,” which exposes detainees “to the risk of torture and other inhuman and degrading treatment and other human rights violations.”

During that time, U.S. consular officials alerted Li’s family to his situation, but were unable to visit him. According to U.S. lawmakers and Li’s family, he was denied access to a lawyer during his initial detention.

For two months, he was held in a small cell, without a bed, forced to sleep on the floor, fed little, and interrogated at all hours, Harrison Li said. Eventually, he was transferred to a regular prison and charged with furnishing Chinese state secrets to the FBI. His family maintains that normal business actions by Li have been “grossly mischaracterized by Chinese authorities as espionage for political leverage.”

The last American to be detained on Chinese state security charges, Sandy Phan-Gillis, was also accused of spying and furnishing state secrets to the FBI. Phan-Gillis was deported in 2017 after over two years in custody, with her family and supporters consistently maintaining the charges were “baseless.” Another American, geologist Xue Feng, was convicted on similar charges in 2010. Xue’s employer said he had no access to state secrets and the charges against him were “thoroughly flawed.” He was eventually released in 2015.

According to the U.S. Congressional-Executive Commission on China (CECC), the trial against Li, in July 2018, took place in secret, and was over within an hour. U.S. diplomats were prevented from attending, the CECC and Harrison Li said.

Kai Li was eventually sentenced to 10 years in prison, and moved to Shanghai’s Qingpu prison.

A futuristic-looking complex located in the far west of the city, Qingpu prison is one of the main detention centers for foreigners in China. Its website describes it as a “window to showcase China’s rule of law.”

Briton Peter Humphrey, who was held in Qingpu after his 2014 conviction on contested bribery charges, said that “from the moon, Qingpu Prison would look like a peaceful walled university campus with dorms, gardens, camphor trees, a soccer pitch, and a parade ground.”

“From my level, there were a dozen concrete cell blocks with barred windows, a prison theater, an office block, a kitchen, a boiler house, and a factory,” Humphrey wrote in 2018, following his release. “The perimeter wall bristled with razor wire and was patrolled by armed PAP (people’s armed police) guards. It could hold 5,000-6,000 prisoners. It also ‘trained’ prisoners for redistribution to other prisons.”

The prison made international headlines last year when a British schoolgirl found a message from inmates written inside a Christmas card.

“We are foreign prisoners in Shanghai Qingpu prison China,” the message read. “Forced to work against our will. Please help us and notify human rights organization.”

The scandal forced the supermarket chain Tesco to drop its Chinese supplier, though authorities in the country denied accusations of forced labor.

Humphrey said he regularly witnessed beatings and prisoners being forced to write confessions or being held in solitary confinement. He said he was denied medical treatment for prostate issues, and worried about his health.

Kai Li’s health has also suffered, his son said, “In his last two calls he complained for the first time about issues with his heart, of an irregular heartbeat and occasional numbness in his arm.”

Harrison Li said the prison doctor gave his father a blood pressure test and prescribed him a blood thinner, but would not respond to requests for a more thorough medical examination.

He added that Kai Li is careful in phone calls and letters, reminding his family that they are “closely monitored.”

As well as heart issues, Harrison Li said the CCP virus had become a concern for his father in recent months. While it is largely under control in China, prisons have been sites of significant outbreaks in the country and around the world, due to crowded conditions and poor sanitation.

Though so far Kai Li has remained CCP virus-free, the pandemic has affected him in other ways.

“The level of nutrition at the prison has gone down significantly,” the younger Li said. “There’s no longer any fruits or vegetables in the diet or even available for purchase anymore. He asked to be able to get multivitamins, or even to buy them at the commissary, but that has been rejected.”

Harrison Li said the pandemic has also essentially cut Kai Li, and other foreign prisoners, off from the outside world, with no consular visits allowed since the virus began spreading in China in January.

In an email, a U.S. State Department official confirmed this, saying the Chinese government “suspended all in-person visits to detention centers and prisons on January 23, 2020 in order to reduce the spread of COVID-19.”

“The Department of State has no higher priority than the safety and welfare of U.S. citizens overseas,” the official added. “During this suspension, our consular officers have been able to reach most U.S. citizen prisoners serving their sentences in China by phone in lieu of in-person consular visits. The U.S. Mission China team continues to seek access to all persons in custody, and will resume regular in-person visits to detained U.S. citizens in accordance with guidance from health authorities once the Chinese government lifts its restrictions on consular visits.”

In a letter to Trump in February last year, Senate Minority Leader Chuck Schumer and other lawmakers urged the President to be a “vociferous advocate” for Kai Li’s release.

“This painful ordeal has gone on for far too long and caused immeasurable harm to Mr. Li and immense pain for his family in New York,” the lawmakers wrote.

At that time, negotiations were still progressing towards a U.S.-China trade deal. However, since then, relations between the two countries have taken a marked turn for the worse—particularly since the beginning of the CCP virus pandemic.

“U.S.-China negotiations seem to be hitting new lows everyday,” Harrison Li said. He added that it was encouraging to see U.S. Secretary of State Mike Pompeo’s recent meeting with a top Chinese diplomat in Hawaii, but whether those talks will result in progress remains to be seen.

“As Secretary Pompeo has previously met with the loved ones of many Americans wrongfully detained abroad, I hope to get the opportunity to plead my father’s case to him directly in the near future,” Li added.

Kai Li is the only U.S. citizen held on state security charges. His son compared his case to that of two Canadians, Michael Spavor and Michael Kovrig, who were this week officially charged with espionage. The two Canadians were detained in 2018, following the arrest of Huawei executive Meng Wanzhou in Vancouver.

“My father is part of a broader pattern of the Chinese government charging foreign citizens on state security charges,” Harrison Li said. “It really highlights the danger for Americans looking to do business in China.”

People may see headlines about the two Canadians, he said, but “this happens to Americans too.”

He fears that danger could soon extend beyond mainland China. The country’s parliament, the National People’s Congress (NPC), is due to impose a national security law on Hong Kong in the coming weeks, criminalizing separatism, subversion, terrorism, and collusion with foreign forces.

Carrie Lam, the city’s chief executive, has said the law would ensure “the long-term prosperity and stability of Hong Kong,” with the proposed bill “in line with the (city’s) rule of law.”

But Harrison Li said it could result in “political prosecutions.”

“(My father’s) detention illustrates that China’s national security laws are inherently arbitrary and can be used to exploit foreign citizens for political leverage,” he said. “That’s something important for Americans to be aware of.”