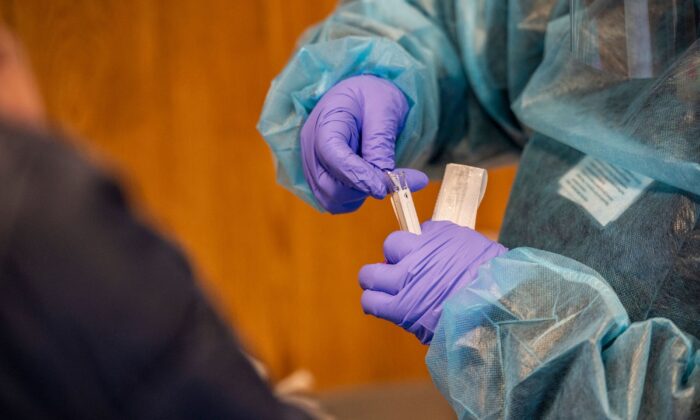 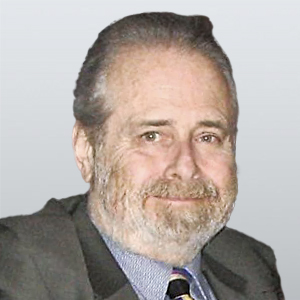 Congress had lost its power to offer needed alternatives to actions by executive agencies, namely the Centers for Disease Control and Prevention (CDC), National Institutes of Health (NIH), and Food and Drug Administration (FDA).

There’s an important opportunity: Refund the congressional Office of Technology Assessment (OTA), which has been closed since 1995.

It may be the only way to curb the powers of the federal health agencies that have potentially harmed millions of Americans. This is serious government reform.

A number of examples will be given later on of how OTA might have prevented some of the pain, deaths, and costs of the pandemic.

Many people in Congress and elsewhere probably know little about OTA. But during its nearly 20-year life it was constantly cited in news media because its reports and activities were routinely being used by congressional committees and members. This was despite a small budget of about $20 million annually and only about 140 full-time staffers.

For that small level of funding the nation received enormous benefits through wiser legislation, oversight, and appropriations. Many observers estimated that the economic benefits were surely 10 to 100 times greater than the cost of operating OTA. In this pandemic era, OTA could have also done analyses to curb ineffective actions such as lockdowns and to allow the use of cheap, safe generic medicines rather than depend on vaccines for the whole population.

As just one past example, one study helped Congress assess the Social Security Administration’s computer procurement plan and probably saved the government $368 million. That was just from one of about 50 reports issued by OTA in that year.

As a senior official at OTA from 1978 to 1990, I testified over 50 times at Senate and House hearings because of the various studies and reports I had done. Like other OTA professionals, I was seen as a nonpartisan, objective expert. In contrast, that kind of impartial input into important congressional activities and policy formulation is not as prevalent today.

Now Congress hears mostly formally and informally from vested interests, especially about all kinds of technical subjects and issues. And it lacks the ability to forcefully evaluate actions by executive agencies.

Other larger congressional support agencies such as the General Accountability Office, Congressional Research Service, and Congressional Budget Office have never filled the gap left by the defunding of OTA. Nor has the National Academy of Sciences.

Understand this: The defunding of OTA was a political act by then House Speaker Newt Gingrich. And it tilted power towards the executive agencies that have not served the public well in the pandemic.

It had nothing to do with cutting significant money from congressional spending on itself, about $3 billion at the time. What seemed to rankle many Republicans was that OTA was fiercely independent; committees and members couldn’t dictate or control what OTA produced.

Not all Republicans in Congress favored closing OTA.

Rep. Amo Houghton (R-N.Y.) in 1995 said, “OTA acts as an impartial ‘honest broker.’ Members of Congress are deluged with advice from many quarters, but it is often tinged with the underlying bias and political agenda of the bearer. We are cutting off one of the most important arms of Congress when we cut off unbiased knowledge about science and technology.”

The public should imagine how the pandemic would have had a very different impact on Americans if OTA had remained.

But even when Democrats controlled both houses of Congress, they too didn’t see the wisdom of refunding OTA that still exists in law. In 2014, an attempt to get just $2.5 million to start the renewal process for OTA failed. And in April 2019, several Democrat representatives tried to include funding for OTA in a 2020 spending bill but failed to get enough support for only $6 million out of a total of nearly $4 billion for Congress.

Now is an ideal time to correct past short-sighted thinking. Public anger and dissatisfaction with how the government has handled the pandemic, including counterproductive mandates, should serve to bolster support for refunding OTA.

Importantly, OTA did a lot more than produce large reports based on a few years of study. It also produced hundreds of short papers of immediate interest to committees and members (contrary to some criticisms), routinely testified at both hearings in the Capitol and in countless field locations, and when asked provided input into the crafting of legislation and the design of hearings.

The range of topics covered by OTA staff was vast. Every subject with any science, engineering, or technology facet was covered. So, one can imagine how deeply OTA would have delved into all aspects of the pandemic and how best to serve the public rather than favor actions curbing citizen freedoms or making billions of dollars for drug companies.

The structure of how OTA was governed is still applicable. Half of the congressional board was from the Senate and the other from the House, and there was regular rotation between Republicans and Democrats. In every sense, OTA’s supervision was truly bipartisan and bicameral.

Most senior staff came from the academic world, research institutions, and the private sector; over half had a Ph.D. Every major study had a large review committee assembled from a broad section of American society. While most members shared their expertise on the study topic, others were citizen stakeholders with potential impacts from the study results.

The Bipartisan Policy Center concluded (pdf) in 2019 that “it is time that [Congress] revives OTA and allows evidence-based scientific and technical assessments to guide its policymaking.”

“Although it will take political courage, reviving the OTA would be easy. Doing nothing, on the other hand, only ensures that Congress’ technological aptitude will erode even further,” stated a report (pdf) from the conservative and libertarian group R Street Institute in 2018.

Undoubtedly, the smart political strategy is to appropriate new funding for OTA. Following the original design of the agency in Public Law 92-484 and keeping it small and agile is practical. After a quarter century more funding is needed, say $60 million, which is a tiny fraction—about 1.5 percent—of the multi-billion dollars Congress appropriates for itself.

To be successful, supporters can and should develop broad public support by clarifying that OTA will reduce the powerful influence on Congress of many special interests on the right and left, including big tech companies. Make it clear that a refunded OTA is crucial for a better-functioning American democracy through policy and spending serving the public rather than narrow interests. Bottom line: Question the motives of those who oppose restarting OTA.

How OTA Could Have Improved Pandemic Actions

Here are some examples of what OTA could have done early in the pandemic.

Performing such studies and aiming to get results out quickly to relevant congressional committees and the public would have served as a counterbalance to a host of actions and policies by the CDC, FDA, and NIH.

Imagining how the OTA could have helped Congress in the pandemic means thinking about what kind of “experts” would have been recruited to oversee a broadly defined pandemic assessment.

All that is necessary is to think about the many experts who have been truth tellers about pandemic issues. For brevity, here are the names of a number of a few highly qualified medical experts: Dr. Harvey Risch of Yale would have been a great choice as chair; Dr. Peter McCollough, Dr. Paul Alexander, Dr. George Fareed, Dr. Vladimir Zelenko, Dr. Steven Hatfill, Dr. Martin Kuldorff, Dr. Jayanta Bhattacharya, and Dr. Robert Malone.

The point is that there are many respected medical professionals who would have ensured exactly the kind of OTA analyses that made it famous and useful during its lifetime. Together with OTA staff, they could have successfully stopped the use of poorly conceived and delivered government pandemic actions. Just think of how these credible experts would have had an “official” route to influence government pandemic actions rather than their current ways of expressing their views, such as through TV and podcast appearances and publishing opinion articles.

The OTA was an experiment that succeeded. I believe it was defunded because it worked as a purveyor of detailed, trustworthy, and objective analysis. It was profoundly anti-corruption; it made Congress more respected and truly responsive to public needs.

Joel S. Hirschhorn
Follow
Dr. Joel S. Hirschhorn, author of "Pandemic Blunder" and many articles and podcasts on the pandemic, worked on health issues for decades. As a full professor at the University of Wisconsin, Madison, he directed a medical research program between the colleges of engineering and medicine. As a senior official at the Congressional Office of Technology Assessment and the National Governors Association, he directed major studies on health-related subjects; he testified at over 50 U.S. Senate and House hearings and authored hundreds of articles and op-ed articles in major newspapers. He has served as an executive volunteer at a major hospital for more than 10 years. He is a member of the Association of American Physicians and Surgeons, and America’s Frontline Doctors.