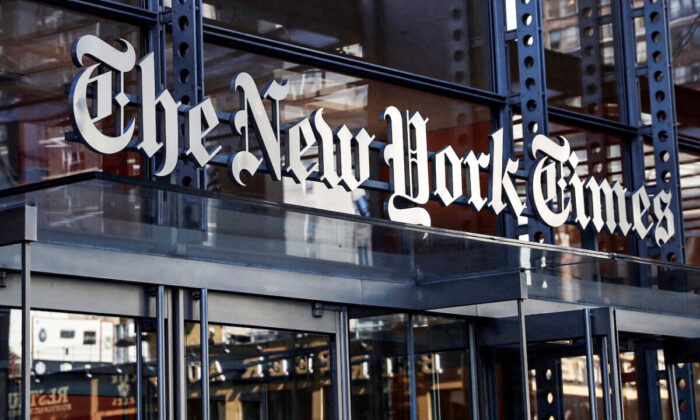 The First Amendment to the U.S. Constitution guarantees the independence of the press from any restrictions imposed by Congress, which “shall make no law” abridging press freedom. The principle of unfettered free expression has since been incorporated into state constitutions and has been widely accepted on both the left and the right as a cornerstone of our republican democracy for centuries, dating all the way back to the time of Thomas Jefferson.

The 1971 Supreme Court decision that allowed The New York Times and The Washington Post to publish the so-called Pentagon Papers—classified documents about the Vietnam War purloined by Daniel Ellsberg, an anti-war analyst working at MIT’s Center for International Studies, and thus stolen property—codified proscriptions against prior restraint. The court ruled that the government couldn’t prevent the publication of anything, no matter how illegally obtained. This was defended as “the public’s right to know.”

At the time, the newspapers hailed the decision (of course)—“no law” means no law—while downplaying the corollary: that the act of publishing the illicitly obtained material didn’t retrospectively make the theft legal, and there still could be consequences.

In his dissent, then-Chief Justice Warren Burger questioned whether the NY Times or any other newspaper had the right to decide whether it was the sole arbiter of the public’s right to know.

“The newspapers make a derivative claim under the First Amendment; they denominate this right as the public ‘right to know’; by implication, the Times asserts a sole trusteeship of that right by virtue of its journalistic ‘scoop.’ The right is asserted as an absolute,” Burger wrote.

“To me, it is hardly believable that a newspaper long regarded as a great institution in American life would fail to perform one of the basic and simple duties of every citizen with respect to the discovery or possession of stolen property or secret government documents. That duty, I had thought perhaps naively—was to report forthwith, to responsible public officers. This duty rests on taxi drivers, Justices, and [The] New York Times. The consequence of all this melancholy series of events is that we literally do not know what we are acting on.”

Now, the shoe is on the other foot, and it couldn’t happen to a nicer bunch of journalists: A judge in the New York State Supreme Court (despite its name, not the top court in the state) has ruled against the newspaper in its ongoing attempt to destroy independent journalist James O’Keefe and his media outlet, Project Veritas, by publishing private communications he had with his attorneys regarding a lost diary purportedly belonging to President Joe Biden’s daughter, Ashley. The NY Times and Project Veritas have been locked in legal combat since O’Keefe filed a 2020 defamation suit against the Times.

In the suit, O’Keefe—who first came to public attention in 2009 with his “sting” videos against the leftist community-organizing group Acorn, now defunct, which put Andrew Breitbart’s “Big” sites on the national map—alleges that the Times defamed him by claiming that he has “a long history of releasing manipulated or selectively edited footage” and that his methods were “deceptive” and “a coordinated disinformation campaign” (Full disclosure: I was the founding editor of Breitbart’s Big Journalism in 2010. That site has long since been folded into Breitbart.com).

Well, nothing says “deceptive” like fencing stolen property that serves your ideological needs under the guise of freedom of the press, but here we are. The NY Times and other legacy media have abused the Pentagon Papers decision for years, often by hiding behind another errant Supreme Court decision involving the Gray Lady: New York Times Co. v Sullivan (1964), which essentially gave newspapers carte blanche to slander their enemies without fear of legal penalty.

The judge in the Ashley Biden diary case, Justice Charles D. Wood, has forbidden the NY Times from publishing the Project Veritas documents—protected attorney-client material, it should be noted—that it mysteriously obtained. He also ordered the return of all of the physical copies to O’Keefe and the destruction of any and all electronic copies it may have (Wood’s order to return or destroy the material was temporarily stayed late on Dec. 28 by the state’s Appellate Division, although the superior court left the ban on the publication of the Project Veritas documents in place).

This brought an immediate bleat from NY Times publisher A.G. Sulzberger, the latest in the long line of Sulzbergers who control the family-run paper.

“This ruling should raise alarms not just for advocates of press freedoms, but for anyone concerned about the dangers of government overreach into what the public can and cannot know,” Sulzberger said. “In defiance of law settled in the Pentagon Papers case, this judge has barred the Times from publishing information about a prominent and influential organization that was obtained legally in the ordinary course of reporting.”

Well, that’s rich. Just how it got the material the newspaper, of course, won’t say—so much for the public’s right to know. Most likely, it was leaked to the newspaper by the FBI, which conducted an intimidating November raid on Project Veritas, including on O’Keefe himself, during which he was reportedly handcuffed.

But why was the FBI acting like the Bidens’ private Praetorian Guard in the first place? No one alleges that Ashley Biden’s diary was stolen, and even if it was, so what? A lost diary, even one belonging to yet another troubled Biden offspring, isn’t a federal case. And in any event, Project Veritas never published the contents of the diary. The FBI investigation was concerned with “how a diary stolen from President Biden’s daughter, Ashley, came to be publicly disclosed a week and a half before the 2020 presidential election.”

As it turns out, the diary was simply left behind in Florida by a “rehabbing” Ashley, where it was found by a third party and offered around to various media outlets.

So, on the one hand, the NY Times is trying to use its (transient?) victory in the Pentagon Papers case to justify publishing legally protected correspondence concerning, among other things, O’Keefe’s lawsuit against the NY Times, as well as the legal boundaries of his “undercover” methods of collecting information. At the same time, it was acting as an agent of the Democrat-controlled U.S. government in collecting and publishing dirt on a rival and political opponent to smear and destroy him.

In other words, the “public’s right to know”—which, by the way, is nowhere to be found in the constitution—is for me, but not for thee. The old NY Times motto was “all the news that’s fit to print.” Now, it’s “l’etat c’est moi.”