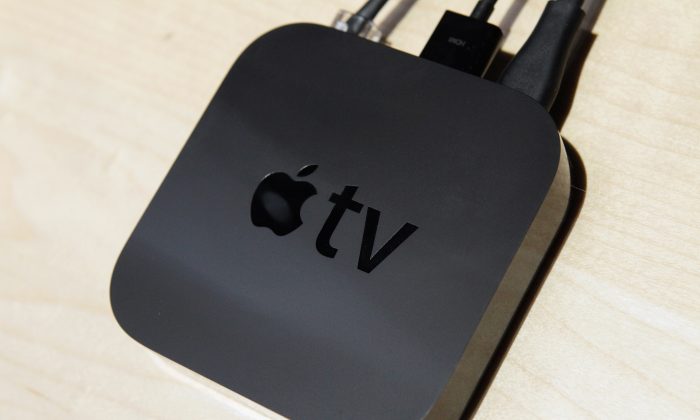 The new smaller version of Apple TV is displayed at an Apple Special Event at the Yerba Buena Center for the Arts September 1, 2010 in San Francisco, Calif. (Photo by Justin Sullivan/Getty Images)
Tech

Believe it or not, but the star of Apple’s big media event today may be a completely revamped Apple TV. While new iPhones will undoubtedly impress, Apple’s refreshed Apple TV may ultimately steal the show.

As we highlighted earlier in the week, one of the hallmarks of the new Apple TV will be a new feature dubbed Universal Search.

As originally detailed by Buzzfeed, the feature will enable users to search across different video services concurrently based on items like titles, actors, directors and more. All the better, searches will be able to be performed with Siri, thereby saving users the aggravation of having to search for titles letter by letter with an outdated remote.

DON’T MISS: iPhone 6s: Everything we expect to see in Apple’s next-gen iPhones

In essence, Universal Search will operate as a layer atop of all of the content housed within Apple TV. While this is certainly convenient, that alone won’t necessarily be a game-changer. However, combining Universal Search with technology Apple acquired from its 2013 purchase Matcha.tv, the upcoming Apple TV may make watching and discovering television programming easier, more efficient, and more enjoyable than ever before.

In case you’re unfamiliar, Matcha.tv was a video discovery and recommendation service touted for their proprietary algorithm designed to help users find new content. Interestingly, this fact and potential new feature has been seemingly overlooked in the build-up to today’s event.

As TechCrunch noted in the wake of the 2013 acquisition:

Nor was it an acqui-hire; this was about the product Matcha built and about the specific recipe for video recommendations it put together via its proprietary algorithm, according to one source close to the matter.

There are a number of companies out there trying to do what Matcha was attempting, including Squrl, Fanhattan and Dijit to name just a few. Apple has good reason to be interested in the space: its iTunes video store powers 800,000 TV show and 350,000 movie downloads per day. But just like with the App Store, the key to driving ever-greater sales, and potentially helping an Apple TV product offer more to consumers, is sorting out how content gets suggested to users so they don’t get lost in an overabundance of content choice.

Imagine, for example, watching an episode of Friday Night Lights on Netflix and being greeted with a suggestion to watch Hard Knocks or Ballers on HBO. Perhaps after watching a few episodes of American Dad on Amazon Prime, users might be given a recommendation to watch Bojack Horseman on Netflix.

Indeed, the problem with current recommendation engines is that they exist entirely under one umbrella and are stunted by their very nature. Services like Amazon Prime, Netflix and HBO are only capable of providing recommendations for programs that they themselves happen to carry. The new Apple TV, by potentially bridging the gap between disparate services, might revolutionize the way we discover new programming.

Especially in today’s golden age of Television, having a recommendation engine that just works would do wonders to help differentiate the Apple TV from competing set-top boxes and services.

The following video here, featuring Matcha.tv founder and current Apple employee Guy Piekarz, might provide a few clues as to what new discovery features we might expect to see announced during tomorrow’s event.