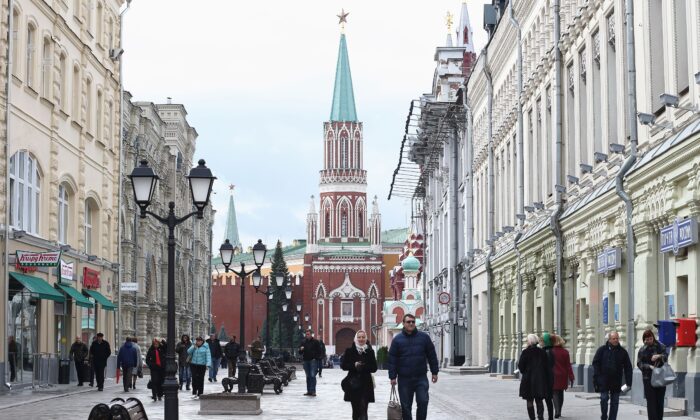 People walk along a shopping street near the gates of the Kremlin in Moscow, in a file photo. We are now experiencing the Russian concept of vranyo, in which everyone knows a lie is being told, and knows that the liar knows that they know. (Andreas Rentz/Getty Images)
Viewpoints 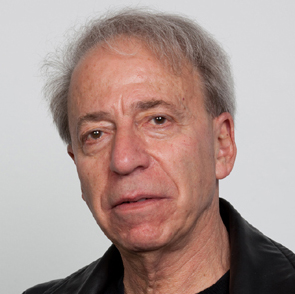 Politics, charged with the ordering of human affairs, has always generated more than its share of half-truths and untruths. But thanks to the contemporary explosion of sophisticated communication technology paired with the general shamelessness encouraged by moral relativism, the Lie has become a veritable institution, a pandemic of structurally embedded mendacity.

Truth still exists, but is routinely denounced, censored, or misnamed. The integrity of the information we receive has been degraded almost beyond recognition, elbowed aside by fantasies and injustices. An ecosystem of lies has been installed almost throughout the public, administrative, economic, and cultural life of the nation.

Political authority may be compromised in every sector of official rule, but it is the bread and butter of the political left, for whom lying has become a matter of principle.

A few examples: climate emergency is the biggest security threat facing the nation; white people are all supremacists; transgendered biological males are women and men can become pregnant; bees are fish; masks are protective devices; diversity is strength; one needs to be a biologist to know what a woman is; meritocracy is a Western plot to suppress minorities; objective mathematics is false and a form of white supremacy; inflation can be negated through increased government spending.

When falsehood is the coinage of the elite and pervades nearly every institution, it inevitably seeps into and corrupts the interactions of everyday life as well. We are now experiencing the Russian concept of vranyo, in which everyone knows a lie is being told, and knows that the liar knows that they know.

While we all accept that even in a well-functioning society politicians will bend the truth or exaggerate—former Progressive Conservative prime minister Brian Mulroney was famous for his “blarney” but was not really considered a liar—we have been inching ever-closer to vranyo as a “power move” in our own country. What else can one make of—to take just two examples—Prime Minister Justin Trudeau’s description of those who oppose vaccine mandates as “extremists who don’t believe in science, they’re often misogynists, also often racists,” or of continuing federal vaccine and mask mandates for air travel as “following the science”?

When lying is elevated to something like constitutional status, clearly nothing good can come of it. “[A]s we’ve all learned over the past several decades,” writes Michael Walsh in a column for The Pipeline, “truth is irrelevant to the Leftist project, whose two-step program for fundamental transformation goes like this. First, posit a counter-factual. Second, act on it as if it were true while browbeating the bejesus out of your opponents.” The lie is not merely told, it must be accepted.

“No one can really understand the political left,” says Thomas Sowell in an article for Forbes, “without understanding that they are about making themselves feel superior, however much they may talk piously about what they are going to do to help others.” Doing it for others—the children, the poor, or the environment—is the grand deception (or for some, self-deception) by which leftists seek universal hegemony.

Of course, injustice has always been in the world. Goebbels’ Big Lie, for example, is merely the Nazi version of George Orwell’s Ministry of Truth from his novel “1984.” Going back even further, we have Aristotle’s dictum that, “A tyrant has no regard to any public interest, except as conducive to his private ends.” A tyrant, we must note, need not be leader of an entire country; tyrants can be and increasingly are found in any organization or institution.

But today, the Lie has become a structural component of modern cultural and political life. Dedicated, focused, and mission-hungry, the left has taken the predilection to lie to institutional levels, not as something to be resisted but to be established and rendered permanent. As for virtue—the effort to deal justly, to speak truth, however impaired by circumstance and difficult to achieve—this is beyond its pay grade. The Lie has attained organizational stability.

It is no accident that in his notorious and widely read blueprint for political convulsion, “Rules for Radicals,” 1960s-era American leftist frondeur Saul Alinsky preached the uselessness of ethical practice in revolutionary tactics. In Alinsky’s grotesque formulation, “The most unethical of all means is the non-use of any means.” You not only can lie, you must lie. For Alinsky and his multitude of followers—among his acolytes was one Hillary Clinton, who wrote her Bachelor’s “thesis” on Alinsky—lying is a revolutionary function rather than a moral lapse.

­­­­­As the great satirist Jonathan Swift wrote in 1710, “Falsehood flies, and truth comes limping after it, so that when men come to be undeceived, it is too late; the jest is over, and the tale hath had its effect.” The Lie seems here to stay, at least, as Swift warns, in its effect. Its ramifications may never be undone as the world appears to be teetering toward a day of reckoning.

A longer version of this story first appeared at C2CJournal.ca