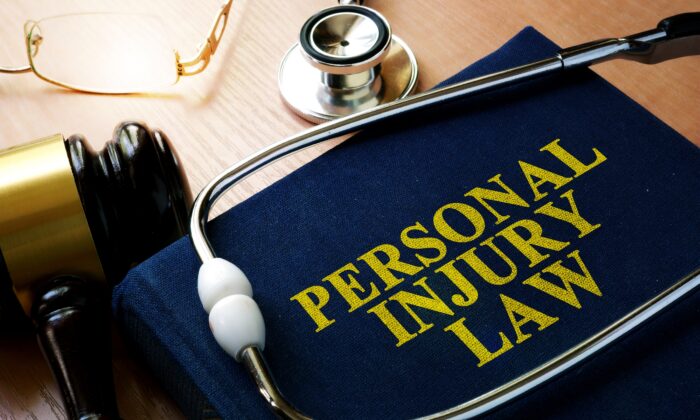 How the Legal Minefield Suffocates the US Economy

My local running club is short of coaches. It’s unwilling to pay coaches, though, since remuneration would formalize coaching relationships and make the club liable to lawsuits over potential injuries.

The absurdity of this anecdote—a harmless club fearful of liability insurance—demonstrates the all-encompassing minefield of lawsuits suffocating even the most granular and benign elements of the U.S. economy. Tort law has gone from being a legitimate protection against wrongdoers to a costly tool for social engineering and a racket for the legal profession.

The situation has reached a boiling point, after heating up steadily for three decades. As retailers stand back to avoid lawsuits amid a shoplifting epidemic, the need for tort reform is glaring.

On the one hand, the scope of tort law application has broadened to levels never seen before. Some cases have become nakedly political and an end run around the democratic process. For example, the American Tort Reform Association (ATRA) in June reported on the attorneys general from 20 states and territories who created AGs United for Clean Power. This self-described “historic state-based effort to combat climate change,” first announced in 2016, has led to more than 20 lawsuits against energy companies. This is part of what ATRA documents as a “long-running activist campaign” whose goal is to shut down the oil industry.

On the other hand, companies are countering the growing number of lawsuits they face by utilizing the bankruptcy code and the Texas two-step method. This lessens exposure to the heaviest compensation rulings or settlements by transferring tort liabilities and some assets to a new legal entity in a process called a divisive merger. The new entity declares bankruptcy—removing class-action lawsuits from overwhelmed civil courts—and has more leverage in expedited settlement negotiations. Although the method isn’t new, Johnson & Johnson prevailed this year in a prominent Texas two-step case, so more plaintiffs are likely to follow its lead.

The Seen and Unseen Costs

In 2020, there were 418,508 tort cases filed in the United States, the majority of civil litigation (pdf). The U.S. Chamber of Commerce estimates the cost to the economy at almost half a trillion dollars, a tad more than 2 percent of gross domestic product. Unsurprisingly, only about half of that—57 percent—goes to plaintiffs, after handsome legal fees on both sides of the aisle.

The direct costs, however, are the tip of the iceberg. The tort minefield has profoundly changed the behavior of Americans and U.S. firms in a deleterious manner. Perverse incentives from tort law have halted fruitful endeavors, raised prices, and promoted risky behaviors—all while funding a growing sector of ambulance chasers in an increasingly litigious society. The complexity of U.S. law, stemming not only from torts, has misallocated skilled labor and led to the disproportionately large legal workforce relative to other developed nations.

When entrepreneurs perceive torts to be unpredictable and likely to impose costs even on prudent behaviors, they will refrain from investing, hiring, and innovating. Similarly, liability insurance has become a necessity for medical institutions. Although difficult to quantify, the secondary and largely unseen impacts are enormous and not new. A 2004 economic report from the George W. Bush administration noted conservatively that “tort liability leads to lower spending on research and development, higher health care costs, and job losses.”

Many studies at the state level have attempted to raise awareness of the detrimental economic impact of torts. In 2018, for example, the Perryman Group noted (pdf) that random, punitive, and distortive lawsuits cost Louisiana nearly 16,000 jobs and $1.5 billion in economic activity. Further, three legal scholars assessed state-level variations and found tweaks to tort law—such as caps to noneconomic damages—cut medical insurance premiums by 1 to 2 percent each. Medical liability premiums have risen (pdf) over the past three years. That puts them even higher than the 5 to 9 percent of medical costs estimated in 2019 by Adam Schneider of Southern Illinois University (pdf).

The U.S. legal system is a complex milieu of rulings in different jurisdictions. That means simple, blanket policy solutions are evasive, and a lot rests on judicial restraint rather than activism. However, rising awareness will energize a bottom-up response that addresses the tort albatross in a manner tailored and best suited to each level of government.

A few clear principles can guide these initiatives. They include narrowing who can claim to be a victim, limiting punitive and noneconomic damages, and broadening who in the general public can serve on juries in such cases. Some states have already recognized the tort problem, especially in the medical field, and have made steps in this direction. These merit careful study and implementation elsewhere.

In addition, absent much-needed tort reform, we ought not to chastise companies for taking legal measures to mitigate continual litigation.