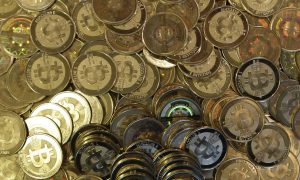 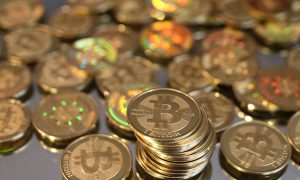 How the IRS Killed Bitcoin as a Currency

“For federal tax purposes, virtual currency is treated as property.”

With those ten words, the IRS has made it more difficult — if not impossible — for bitcoin and other virtual currencies from gaining widespread, mainstream acceptance as a currency for commercial transactions. Because they are now treated as property, virtual currencies are considered, like stocks, bonds, and other investment property, as capital assets and will be subject to capital gains tax.

But why does this hinder bitcoins use a currency? The answer is fungibility: Bitcoins are no longer completely fungible.

Fungibility is the property of a good or a commodity whose individual units are capable of mutual substitution. For example, since one ounce of gold is equivalent to any other ounce of gold, gold is fungible. Similarly, a $10 bill is not only interchangeable with another $10 bill, it’s also interchangeable with two $5s, ten $1s, and other combination that adds to 10. Fiat currency is completely fungible.

While such considerations may not be a hassle for those who have few bitcoins, rarely spend them, or refuse to pay taxes, they become onerous for those who have many bitcoins, uses them frequently in exchanges, and fear IRS audits. “If I have to figure out which particular Bitcoin in my wallet I want to spend and what the tax treatment will be, Bitcoin just doesn’t work as a commercial medium of exchange,” says Adam J. Levitin, a Georgetown Law professor and expert on finance and payments.

Several weeks ago I wrote that, as a currency, bitcoin was (nearly) dead. With this IRS decision, though, I think it’s safe to say it’s mostly dead (as Miracle Max would say, “There’s a big difference between mostly dead and all dead. Mostly dead is slightly alive.”). You’ll still be able to buy a sandwich with bitcoins. But the new IRS rule means the transaction will be more like paying for lunch with a share of Google stock than with a wad of dollar bills.

Joe Carter is a Senior Editor at the Acton Institute. Joe also serves as an editor at the The Gospel Coalition, online editor for First Things, and as an adjunct professor of journalism at Patrick Henry College. He is the co-author of “How to Argue like Jesus: Learning Persuasion from History’s Greatest Communicator” (Crossway). This article was originally published at the Acton Institute.