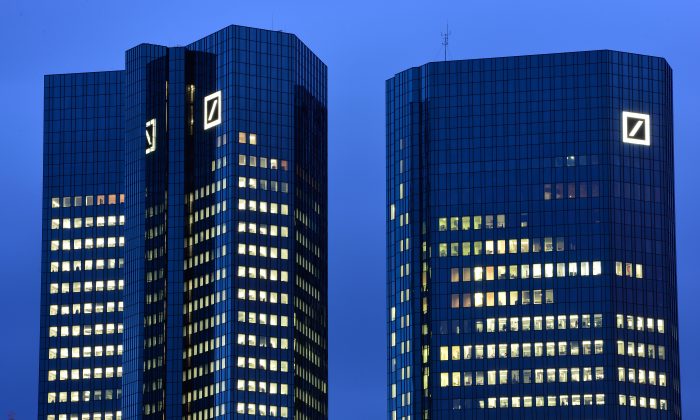 How the Hedge Funds Avoided $6.8 Billion in Taxes

It’s another classic case of tax avoidance. Banks and hedge funds spend millions on legal and accounting fees to save $6.8 billion in capital gains taxes over 16 years—legally.  Everybody is happy, apart from the average citizen who doesn’t have the luxury to replicate this strategy.

Two hedge funds (George Simon’s Renaissance Capital and George Weiss Associates) and two banks (Barclay’s PLC and Deutsche Bank AG) conspired to transform short-term capital gains into long-term capital gains from 1998 to 2013, bringing in $34 billion in profits for the funds and $1.1 billion in revenues for the banks.

The two funds ran high frequency trading strategies, which averaged tens of millions of trades per year, with the holding period sometimes being as short as a couple of seconds. If you do that in your brokerage account, you will first of all incur a lot of commission fees and second pay the higher short-term capital gains tax of 39 percent (previously 35 percent).

Not so for hedge funds. They created a derivative called a basket option, which replicated the performance of a proprietary trading account at the banks. But it wasn’t the bank doing the trading; it was the funds themselves using the bank’s infrastructure.

After a year passed, and with it the threshold for being taxed at the lower capital gains rate of 15 percent, the fund would exercise the option and collect the long-term capital gain. If, for example, the value of the account went up from $15 million to $25 million by executing millions of short-term trades, the fund would pay 15 percent on its $10 million profit instead of 35 percent. In total, this structure saved the funds $6.8 billion in taxes over 16 years.

Even though the banks conducted the transactions in their proprietary accounts and were the owners from a balance sheet perspective, they didn’t pay tax on the gains in the accounts either.

This was partly because they set up offshore entities, and because they claimed they did not control the trading and therefore did not bear the risk and reward from a tax perspective.

The hedge funds, on the other hand, could claim that they didn’t own the securities in the account and therefore should not be liable for gains on individual transactions, only the option itself.

As Carl Levin points out, long-term capital gains are taxed at a lower rate because long-term capital investment is more beneficial to the economy as a whole. Short-term high frequency trades merely exploit market anomalies and do not serve a productive purpose.

Will the Money Be Collected?

The short answer: Probably not. Despite the good work of Levin and the subcommittee, the practice was legal from a tax perspective until at least 2010 when the IRS labeled the practice as abusive. But even this “abusive” label doesn’t mean it’s illegal to conduct these operations. That will have to be determined by a court of law and there hasn’t been a case yet.

In addition, it’s always hard to collect taxes retrospectively and hasn’t happened often in history because of the arbitrary decision on where and when to draw the line. So it looks like the four big players will get away with this one.

After the IRS memorandum, Deutsche Bank stopped selling these options in 2010 and George Weiss stopped using them in 2010 as well. Barclays continued selling them until 2013 and Renaissance still has three options outstanding.

Thanks to the IRS’s memorandum and the Senate committee’s investigation, this loophole is closing slowly but surely. Thanks to the surreal nature of the 74,000-page IRS tax code, banks, hedge funds, accountants, and lawyers will soon find others to exploit.