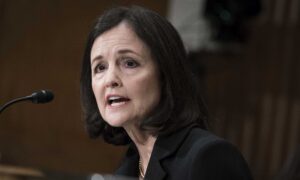 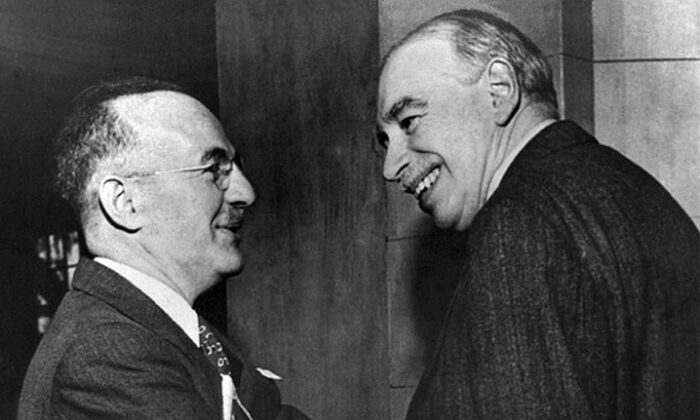 How the Ghost of Keynes Haunts Economics

One need not be afraid of Keynes, since he died in 1946. However, the promotion of Keynes’s ideas, as exhibited in this book, deserves condemnation. Out in late 2017 and subtitled “Challenging Economic Governance in an Age of Growing Inequality,” it takes the cake for incoherence, dishonesty, and grammatical errors.

If that doesn’t scare you, the book calls for government deficits as deep and as far as the eye can see. This is in line with modern monetary theory, a popular way to fund the proposed Green New Deal and other socialist pet projects.

Davidson’s key Keynesian assertion is that unemployment occurs from insufficient aggregate demand. He then blames this on people who don’t immediately spend their earnings on consumption goods.

Apparently, saving is a problem because it doesn’t stimulate demand. Governments must step in and spend beyond their means, so goes the logic, to raise aggregate demand and achieve full employment.

This is odd, since profligate spenders such as Argentina and Venezuela suffer from crippling unemployment, as well as out-of-control inflation that’s estimated by the Troubled Currencies Project at 39 percent and 2,198 percent, respectively. Meanwhile, Singaporeans have saved nearly half of their incomes for a generation and enjoy high living standards and low unemployment: below 2.5 percent for the decade prior to 2020.

The cartoonish and dangerous view of “Who’s Afraid” is the end of the road for Keynesianism. The author is a devoted Keynesian disciple and the founder and past editor of the Journal of Post Keynesian Economics, which began in 1978.

Garbage In, Garbage Out

You’re perhaps wondering how an economist could go so astray. Unfortunately, his confusion runs deep in academia. Thoughtful writers critiquing at Econ Journal Watch have demonstrated the pollution of the field by Federal Reserve funding and the “government-cheerleading” bias in textbooks devoted to money and banking.

Davidson contends there are only two categories of economics: (1) classical theory and (2) what he labels “Keynes-Post Keynesian theory.” This simplification of a rich but splintered field is beyond incorrect; it’s deluded.

An uninformed reader could be led to believe that Milton Friedman, Paul Samuelson, and even Paul Krugman are all fellow “classical theory” travelers. Meanwhile, Nobel laureate Friedrich Hayek—Keynes’s greatest academic critic—receives no mention in the book.

The author uses this false dichotomy to portray Keynesians as repressed underdogs.

“Today,” he writes, “almost all politicians are afraid of any policy labeled ‘Keynesian.’”

One wonders how someone can come to such a conclusion. Keynesian deficit spending and stimulus policies, including bailouts and monetary expansions, have been the bipartisan order of the day for decades. Even negative real interest rates have entered the equation and become the new normal.

If you can’t beat them, misrepresent them, and “Who’s Afraid” erects a straw-man opponent. For example, Davidson contends that all economists besides the true Keynesian clique assume:

“All market participants can ‘know’ the economic future market outcomes from here to eternity. [They] can foresee any crisis coming and … take any action necessary to avoid such crisis [sic] from harming their own self-interest.”

This “known future” depiction would negate the existence of crises and is simply not the foundation of all non-Keynesian economics.

Since “all decision-makers can know the future,” Davidson adds, “there is no need for government interference in the market place.”

If only Krugman and other influential economists had such confidence in free markets, we might see fewer interventions such as the minimum wage and Federal Reserve price manipulation such as Operation Twist.

“Who’s Afraid” has a blind spot for free-banking economists such as Lawrence White, who rejects central banks altogether. The fact is libertarians and classical liberals don’t dominate the politics. The Libertarian Party struggles to get anyone even elected to state legislatures, let alone Congress.

Such has been the party’s failures, Daniel Klein of George Mason University has written, that it “reduces liberty.”

“Who’s Afraid” is a useful book, but not as an advocacy tool for Keynesianism—just the opposite. It heightens our awareness regarding the school of thought’s presence and perniciousness. Keynesianism, as “Who’s Afraid” reveals, can be used to justify all manner of interventions that add up to tyranny.

The median of three typos per page—including awkward capitalization and missing periods and words galore—also is disappointing. At times, it’s barely comprehensible. Consider: “The result will employment and living standards of the higher cost workers in developed nations will decline substantially.”

There are more misrepresentations than can be addressed in this review. However, the most profound is the notion that the many interventions outlined in “Who’s Afraid” would benefit the blue-collar man. In addition to caps on his wages, he would face a fleecing via inflation and an outrageously higher cost of living.

Even if one’s intent is to help the poor, a misguided understanding of economics is a recipe for a permanent drag on prosperity. “Who’s Afraid” stands as a warning that the battle against Keynesian folly rages on.