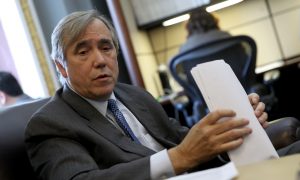 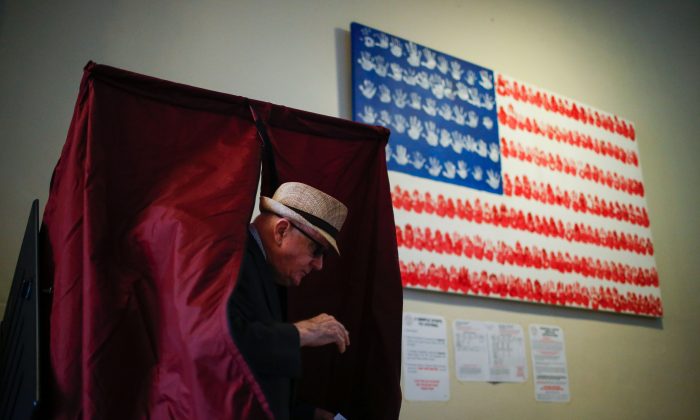 How the Electoral College Works Today

This is the third installment in a series based on questions asked by high school students about the Electoral College. The previous two articles explored the origins and evolution of the institution. Here, we look at the underlying mathematical assumptions that shape our elections.

How Does the Electoral College Work Today?

Over time, the Electoral College democratized, and now doesn’t function as the framers who created it intended.

They intended electors to be virtuous civic leaders who would deliberate in private and vote for an outstanding American to be president of the United States. Within decades of its creation, however, we democratized the system and now, it functions as a way to do election math rather than as the independent body that was intended.

The Electoral College is like the rest of the Constitution in that it treats the states as the essential political unit of our electoral system. There is no single national electorate in the logic or in the foundational text of the constitutional order. Representatives in Congress are divided out by population, but all within the boundaries of individual states with every state being guaranteed at least one member, no matter how small they may be. Senators are divided equally among the states. And the Electoral College votes are divided out among the states equal to their number of representatives plus senators.

In total, 538 electoral votes are spread over the 50 states and Washington, the district having been given representation in the Electoral College with the passage of the 23rd Amendment to the Constitution in 1961. To win the presidency, a candidate must win at least 270 electoral votes, which represents a majority of the total.

So, that’s the basic Electoral College math. Which leads to the next question.

How Do the States Distribute the Votes?

The Constitution leaves it totally up to state legislatures to choose how they would like to distribute their votes. As I said previously, the framers of the Constitution assumed the states would appoint top civic leaders who would deliberate on the candidates and give their votes to the candidates they found most worthy of the office. As U.S. political culture democratized, however, the states amended the way they distributed votes accordingly. Today, every state conducts an election and distributes the electoral votes to the winner of that popular election.

Opponents of the Electoral College who argue we should have a popular election, it should be clear, are wrong in arguing there’s no popular election now. There are, indeed, 51 popular and democratic elections that take place each election in the individual states and Washington. What they are really arguing for is something alien to the U.S. constitutional structure—a single, nationwide constituency unimpacted by state boundaries.

All states except Maine and Nebraska have elected to distribute their votes on a winner-takes-all basis. This is often called the “unit rule” and is the primary reason winning whole states is so important today. Put simply, if you win the state, even by one vote, you get all the electors (more on those next time) allotted for that state.

I happen to be writing this in the state of Michigan, and the Wolverine State can be instructive to look at. In 2016, Donald Trump received just 47.6 percent of the vote to Hillary Clinton’s 47.3 percent here. He received, however, 100 percent of the 16 Electoral College votes from Michigan.

This “unit rule” has profound consequences, which we will take up some other time, but suffice it to say, it’s really the reason why the states matter so much as states in our presidential elections. The two exceptions, as I said, are Maine and Nebraska. They have both adopted a plan whereby they count the votes both in congressional districts and statewide. The statewide winner gets the two votes allotted to the state because of their two senators. The other votes are distributed according to who wins the election in the congressional district.

So, in 2016, Clinton won the overall vote in Maine, but Trump won one of the two congressional districts. So, the Electoral College vote from Maine was three votes for Clinton and one for Trump.

So, what does this all mean? The Electoral College is a system of counting votes, of doing electoral math. Like every other election under the Constitution, it treats the states as the vital units of representation and decision making. The states conduct popular democratic elections in their states and allot the votes to the winners.

Because each state is treated as being an equal partner in the U.S. Senate, they also have some level of equality with all others in the Electoral College. This is the source of some consternation by those who see it as unfair or undemocratic that small states such as Montana, Utah, and Vermont are treated as having some equality with the behemoths like California, Texas, and Pennsylvania.

It’s this basic math that ensures big population centers don’t swamp more rural areas. It’s this way of doing electoral math that ensures states matter as states and candidates take a variety of states seriously. It’s the math that fundamentally shapes our campaigns and the decisions and priorities of our candidates.

But, after the campaigns and the people vote, what happens? And who are these “electors” anyway? Those topics will be taken up in the next installment.

Gary L. Gregg is director of the McConnell Center and host of the podcast Vital Remnants.