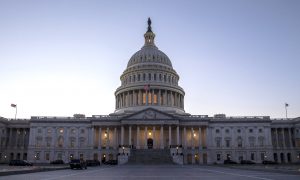 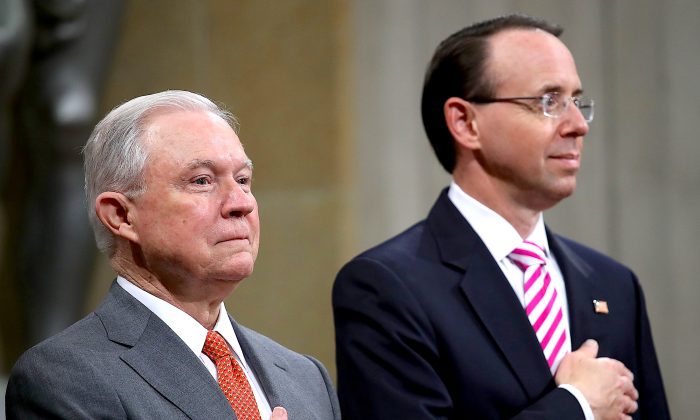 There have been two competing narratives when it comes to the Spygate scandal.

The first narrative is that nothing has been happening. This narrative claims that former Attorney General (AG) Jeff Sessions did nothing to investigate the Spygate plot, even though Department of Justice Inspector General (IG) Michael Horowitz provided Congress with evidence—in the form of text messages—of bias at the FBI in late 2017.

The narrative also claims that once Sessions was forced to resign, and was replaced with acting AG Matthew Whitaker, nothing continued to happen. In the same vein, it claims that under newly confirmed AG William Barr, the Spygate plotters are still allowed to walk away with no consequences.

The second narrative claims that much has been happening, but that it’s been deliberately kept out of sight for compelling reasons.

When The Washington Post revealed in September 2018 that federal prosecutors had summoned a grand jury in their investigation of former FBI Deputy Director Andrew McCabe, I instantly grasped what had happened: The public rollout phase had been skipped for Spygate.

Without publicly announcing it, Horowitz and Sessions had already moved past the referral phase and had gone on to the prosecution phase.

But it’s becoming clear that isn’t the procedure that Sessions and Horowitz have followed in every case. A determination appears to have been made early on not to take any of the Spygate investigations public. And it’s always been clear to me why Sessions adopted this strategy.

It was instantly assumed by many that federal prosecutors in the case of McCabe were merely investigating his illegal leaking to the media, and his subsequent lying to the IG about it. In that case, wouldn’t it be unusual that the grand jury had been used for months prior to September, and that as of today, the investigation still hasn’t concluded?

When Horowitz released his findings on McCabe’s illegal leaking and recommended his firing to Sessions, detailed information was provided, including a confession from McCabe that he had lied to investigators.

Why would it take a grand jury almost a full year to investigate something that Horowitz and his office had already fully investigated, to the point it managed to extract a confession from the target, and released a report containing that confession?

It’s far more likely this grand jury is investigating other issues, which would also explain the complete secrecy around it. It had already been meeting for months when its existence was leaked to The Washington Post; since that leak seven months ago, there have been no further leaks.

Try to grasp how amazing that is. A key Spygate plotter has had a grand jury investigating him for almost a year, and for the first months of its existence, not even a whisper about it reached the ear of anybody in the media. And once news of the grand jury did leak out, there’s been total radio silence since. Given how powerful the leak culture inside Washington is, it has to be asked: How was this accomplished?

The D.C. Leak Culture—as I call it—is specifically formulated and designed to protect the swamp that is Washington. It has defeated every single challenger to this point because anyone attempting reforms can’t get anywhere, when every move they attempt gets leaked in advance. This allows the forces of the swamp inside Washington to marshal their resources and create an active resistance.

When Trump and his strategy team sat down to discuss how they were going to root out the massive corruption across the breadth of federal government agencies they were about to assume control of, that was an incredibly daunting task. The DOJ, FBI, CIA, and State Department were all chock-full of Democratic National Committee and Clinton Machine partisans who were eagerly looking for any opportunity to sabotage the incoming administration.

The No. 1 weapon these corrupt political partisans inside these agencies planned to use to both protect themselves and attack the Trump White House were strategic leaks to the news media. In fact, use of a strategic leak against Trump’s national security adviser Lt. Gen. Michael Flynn led to his firing and subsequent prosecution by the Mueller special counsel’s office.

What we’ve gotten from media on the right side of the spectrum is people insisting that since their usual Washington sources aren’t hearing anything, nothing is happening.

Sometimes to fool your enemies, you have to fool your friends, too. Let’s face this squarely: A lot of Trump’s “friends” in right-leaning media would—in an effort to advance their own interests and ambitions—would have had no problem in blowing Spygate investigations sky-high if it got them a major scoop.

But because during the past two years, the “sources” these bloggers, journalists, and commentators rely on have been telling them nothing, it’s been interpreted to mean that nothing is happening.

In fact, it’s far more likely that the reporters tied to the D.C. Leak Culture aren’t getting any hot tips from their usual sources, because none of those sources are inside or around the U.S. Attorney’s office in Utah or the Office of the Inspector General in Washington.

The OIG’s office investigates government corruption, especially those who leak classified information. So I’m pretty sure none of these reporters relying on D.C. Leak Culture scuttlebutt have been hearing anything from leakers inside the OIG.

And how many of these reporters and media commentators just happen to have sources already in place and leaking to them from inside the U.S. Attorney’s office in Utah? I’d be willing to bet none of them.

Hasn’t anybody yet figured out why Sessions tapped a U.S. Attorney in Utah to lead the Spygate investigations? It’s because Utah is about as far from the D.C. Leak Culture as one can get.

Special counsel Ken Starr made a huge tactical mistake from the very beginning of his Clinton Whitewater probe in the 1990s. He insisted on complete transparency for his investigation.

Trump and his team decided there was no way they were going to hang targets on the backs of dedicated public servants they were about to task with investigating Spygate; that would’ve allowed the D.C. Leak Culture and the Clinton Media Machine to take point-blank aim at them while they were still trying to build their cases.

Going the clandestine route with these Spygate investigations was probably the easiest decision that Trump had to make once he assumed office.

Nothing is going to be made public by the DOJ until it’s time to unseal indictments. While that leaves whining media commentators blind, it also leaves the D.C. Leak Culture and the Clinton Media Machine blind, as well.

And that’s been the entire point. Too bad if you don’t like it.