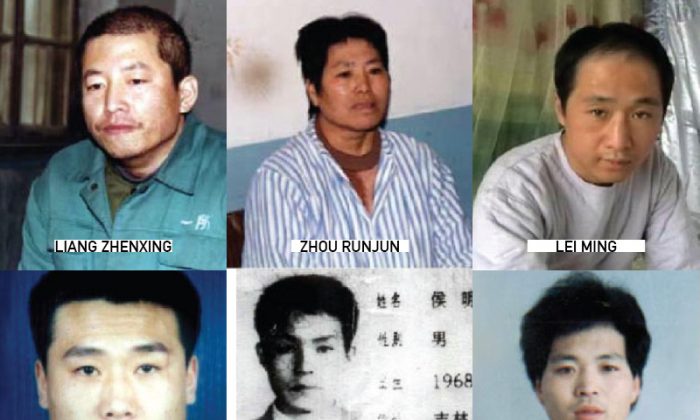 As the persecution against Falun Gong intensified across China in the early 2000s fueled by a massive hate propaganda campaign, Liang Zhenxing racked his brain for an effective way to let people know that the meditation practice was not the “evil cult” the Chinese Communist Party had labeled it.

Fearful of Falun Gong’s immense popularity—the practice had 70-100 million adherents by the late 1990s— then-Party leader Jiang Zemin initiated the persecution in an attempt to wipe it out.

On July 20, 1999, the regime issued the order for nationwide arrests and a relentless propaganda campaign was launched to attack Falun Gong (also called Falun Dafa) and slander the traditional practice that teaches truthfulness, compassion, and tolerance. The propaganda was taken to new heights the following January, when a self-immolation was staged on Tiananmen Square in which five people posing as Falun Gong practitioners set themselves on fire, acting under state orders.

Liang and his friends knew that the self-immolation, in which one person died, was an elaborate hoax staged by the Party in order to portray Falun Gong as dangerous and justify their brutal campaign of arbitrary arrest, torture, and killing. But the incident and the following propaganda blitz had the intended effect—Falun Gong was now well and truly demonized in the eyes of the Chinese people.

Later, Liang was able to watch “False Fire,” a documentary that analyses footage of the incident and other evidence and lays bare the numerous, gaping holes in the self-immolation. It told the truth that people needed to know. But how to get that truth out there?

He finally found what he was looking for after reading an article on Minghui, a website based in the West that compiles information on the persecution, which covered “broadcast interruption” and how to tap into a TV network and broadcast a video with a VCD player.

Liang knew this would be far more impactful than handing out flyers or putting up banners at night—the approach practitioners in China take to raise awareness about the persecution, known in the Falun Gong community as “clarifying the truth.”

Now all he needed was a team to bring about this high-tech effort.

Forming a Team, Building a Strategy

Liang had already been imprisoned in his home city of Changchun for going to Beijing to appeal for an end to the persecution campaign. While there, he befriended fellow practitioners Liu Chengjun and Liu Haibo who, like Liang, remained steadfast in not renouncing Falun Gong no matter how badly they were beaten or tortured.

Now that they were all released, Liang recruited them for the task he had in mind, along with more than a dozen others who had the various technical and electrical skills needed. The core team consisted of six people, complete with nicknames: Lei “Little Brother” Ming, Liu “Great Sea” Haibo, Liu “Big Truck” Chengjun, Hou “The Monkey” Mingkai, Zhou “The Cook” Runjun (the only woman), and Liang.

The team rented a house to use as a base and began to develop their strategy.

They acquired lineman hooks and learned how to climb poles at night in local neighborhoods. By day, they practiced on an abandoned electronic hub they found in a junkyard. Liu Haibo and Hou figured out a way to splice wires in advance, which meant just a quick adjustment would be needed when the time came.

Things were progressing well, when out of the blue Liang was arrested. Somehow word had reached the police that he was up to something. The others knew the police would torture Liang for information and were waiting for that ominous knock on the door, but it never came. As always, Liang was rock-solid and withstood the abuse.

The team knew they had to act fast, and by the end of February 2002, with Liu Chengjun now in the role of leader, almost everything was ready.

The plan was that four sub-teams, wearing official-looking clothes and using bicycles and cabs to get around, would tap into eight cable channels in Changchun and nearby Songyuan City and broadcast Falun Gong truth-clarification videos simultaneously.

Zhou Runjun’s job was to get everything moved out of the house, leaving no trace that they had ever been there.

‘You Falun Gong Are So Amazing’

On March 5, 2002, 50 minutes of programming that reported the facts about the persecution campaign against Falun Gong was broadcast simultaneously on eight channels to 300,000 cable subscribers in Changchun. Nearly 100,000 households were able to watch “Self-immolation or Hoax?” and “Falun Dafa Spreads Worldwide.” Tens of thousands of cable subscribers in Songyuan City saw the same programs.

In his feature article “Into Thin Airwaves,” author and China expert Ethan Gutmann described the reaction after the programs were aired, with many who saw them believing the persecution campaign had ended.

“In some neighborhoods, local Party officials grew desperate and cut the power, plunging streets into darkness. In others, such as those near Cultural Square, people spilled into the streets to celebrate. The ban is over! Falun Gong is rehabilitated!” Gutmann wrote.

“A few practitioners emerged from factories and hideouts, openly handing out literature.

Neighbors, children, random strangers, even the old ladies with the red armbands approached them, everyone talking at once, bubbling over, laughing, slapping them playfully, congratulating them. A few suspected it had not been a government broadcast, but still they smiled broadly and whispered: How did you do it? You Falun Gong are so amazing!”

After Liu returned to Changchun from Songuan City, he went out into the streets to see for himself what was going on. The next day, with tears in his eyes, he told every member of the team, “It was a big success!! Thank you, everyone!”

“People are talking about the truth of Falun Gong everywhere, even out in public, like on buses. The broadcast lasted more than 20 minutes on one branch and 30 minutes on the other! The videos played to the end, and people learned the truth. The whole city is in shock,” he said, according to Minghui.

But the jubilation was short-lived. Furious and in a panic, the authorities dispatched every policeman in the city to search for those who had tapped into the cable network and broadcast the videos. Martial law was enacted. Liu Jing, the then vice public security minister, flew to Changchun to supervise the massive rounds of searches and arrests.

In the first round of mass arrests, over 5,000 Falun Gong practitioners were detained. The interrogations and tortures began immediately to track down those involved in the cable television hijacking.

Lei Ming was the first to be picked up. He was beaten at the police department, then taken to a basement room equipped with all kinds of torture devices: a tiger-bench, electric batons, plastic bags to cover the head, a red-hot iron rod, etc. After being tortured for four days and nights, he was all but dead. Sentenced to 17 years in prison, Lei was released early with severe spinal injuries, which lead to his death in 2006.

Liu Chengjun was arrested at his home, handcuffed, and beaten with wooden clubs, while his family and other villagers looked on. His uncle, aunt, and cousin were held at a detention center for 11 days, where the uncle and cousin were beaten severely. Liu was later sentenced to 19 years in prison, where he died of torture in 2003. He was only 32.

Liu Haibo was arrested on the night of March 10 and died a few hours later while in custody. According to Minghui, the police inserted an electric baton into Liu’s rectum to shock his internal organs. He died in a few minutes.

Hou Mingkai was arrested on Aug. 20, 2002, with three other practitioners. He was beaten to death that night.

Zhou Runjun was sentenced to 20 years but is believed to be dead.

Liang Zhenxing died on May 1, 2010, after enduring eight years of imprisonment and torture.

In September 2002, 15 people were tried in the Changchun Intermediate Court for the broadcasts and given sentences of to up to 20 years in prison. At the time, the jail terms were the longest handed down to Falun Gong practitioners since the persecution began in July 1999.

‘The Mountain Had Moved’

But the sacrifice made by the group—which became known as the Airwave Six—to clarify the truth in such a daring way wasn’t in vain. Not only did the effort conquer, however briefly, the overwhelming volume of state propaganda, but the team’s work pioneered a new era of raising awareness about the persecution. The effort motivated practitioners living overseas to work on developing internet anti-blockade software, which was able to get past the Chinese regime’s Golden Shield.

Gutmann wrote: “The mountain had moved. With names like FreeGate, UltraSurf, and Dynaweb, small cells of practitioners, operating out of offices in northern California and living rooms in North Carolina, began the process of climbing over the great Chinese firewall and forging a permanent Internet connection to China from the West.”

In 2006, practitioners formed the Global Internet Freedom Consortium, a U.S.-based alliance of organizations that have contributed significantly—through deploying anti-censorship technologies for Internet users in oppressive regimes—to the advancement of information freedom in China, Iran, Burma, and other closed societies.