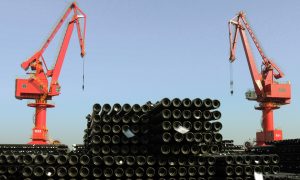 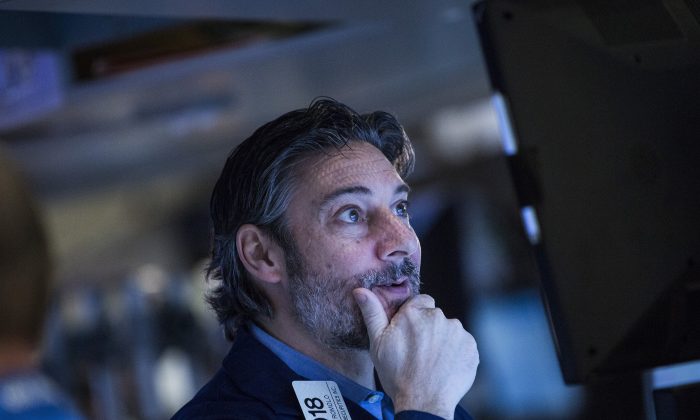 A trader works on the floor of the New York Stock Exchange on Jan. 26, 2016. (Andrew Burton/Getty Images)
Business

How the China Crisis Impacts You

Until now, most of the action has been taking place overseas, far away from American shores. But in an interconnected global economy and financial system, the China crisis is already impacting the United States and will soon impact you too—both positively and negatively.

Financial markets reacted first. China’s stock market is down 22 percent this year. Japan is down 14 percent, Germany 16 percent, all of them extending their slumps from 2015.

Relatively speaking, the United States is doing well—the S&P 500 is only down 9.3 percent. But even America won’t be able to save itself from the contagion of a Chinese economy on the edge of the abyss.

Growth in China has slowed to a number much lower than the official 6.9 percent. Capital is leaving the country by the hundreds of billions of dollars every month, the stock market is crashing, and the currency depreciating.

“There are worries about a rerun of [the 1997 Asian financial crisis] a series of competitive devaluations,” said Sherle Schwenninger, director of the World Economic Roundtable at the think tank New America Foundation.

Whether competitive or not, almost all emerging market currencies from the South African rand to the Turkish lira and the Chinese renminbi are falling against the dollar, exacerbating a problem that started in China in late 2014.

Schwenninger said that if emerging market currencies fall in value, dollar debt increases in value, which makes it harder for companies and countries to pay it back. And it’s not just China that has lots of it, $870 billion according to the Bank of International Settlements.

Those two factors together, China and commodities, are both stimulative for the world economy and a central part of the adjustment to get away from the post-crisis distortion.
— Charles Dumas, Lombard Street Research

“Deutsche Bank is a perfect example. They are knee deep in all that stuff,” said Jeffrey Snider, chief investment officer of Alhambra Investment Partners. Deutsche Bank shares are down 39 percent this year, a little more than the shares of Swiss bank Credit Suisse (-35 percent), which Snider said invested too much in its Fixed Income, Currencies and Commodities (FICC) division, or everything that is suffering right now. By comparison, U.S. bellwether JPMorgan Chase & Co. is only down 13 percent.

But the banks aren’t just exposed to corporate debt from Asia. The China slowdown has wreaked havoc among energy and commodity traders and producers alike.

“There are systemic linkages to the international financial system. Major commodity firms may end up defaulting in 2016. This is coming to play out in the coming months as more and more cracks are appearing in the commodity complex,” said John Butler, head of wealth services at Gold Money.

Energy and commodity producers worldwide were counting on China to keep on growing 7 percent every year indefinitely and invested hundreds of billions to expand supply.

Once demand for commodities started slowing in China, prices for copper (down from $4.5 to $2.12 per pound since January 2011) and iron ore (down from $180 per ton to $38 per ton since 2011) crashed. China is not alone responsible for the decline in the oil prices (West Texas Intermediate is down to $31 from a little over $100 in 2011), but this trend is also hurting producers and the banks that underwrote the loans to energy companies.

“People were holding oil and copper and other things not because of good fundamentals but because they thought the returns there would be greater than in Treasurys and German government bonds. A lot of that money has come out of the market. Hedge funds have been delevering and liquidating their positions in the China growth story. You had the rush of money out, which creates a contagion effect,” said Schwenninger.

I think the idea is that you feel so smart and so wealthy because of appreciating asset prices that you are led to consume more. I think the empirical evidence for this wealth effect is very, very slight.
— James Grant, founder, Grant's Interest Rate Observer

Shares in British commodity trading companies like Glencore PLC are down 62 percent over the last year. The mining company Anglo American PLC is down 68 percent and announced it would fire tens of thousands of its workforce.

Even if U.S. banks for once are not exposed to the epicenter of the crisis, the fact that three large sectors of global multinationals (banks, commodities, and energy) are on the defensive means it has an impact on the earnings of U.S. multinationals as well.

“American multinationals who depend on global markets are going to be hurt competitively, and we have seen that show up,” said Schwenninger. Apple Inc. is down 11 percent in 2016, partly due to a bad earnings report, which blamed China for weak iPhone sales.

“We are coming off four or five quarters of negative earnings growth,” said Snider, who also believes that the market has lost faith in central banks to fight off a global crisis. “It’s the idea of transitory. It’s all short term, don’t worry about it,” he said has been the mantra of global central banks the market has believed in so far, but not anymore. “The fact it has dragged on over a year, the idea of transitory and temporary weakness is no longer plausible.”

So how does this affect you? Unless you own a lot of stocks in general or the weak sectors in particular or you work for a shale gas producer, the whole China slowdown could actually have a positive effect on the consumer.

It’s the exact opposite of the wealth effect, where rising asset prices should lead to more consumption and a better economy. At least according to a theory that didn’t exactly work out in practice.

“I think the idea is that you feel so smart and so wealthy because of appreciating asset prices that you are led to consume more. I think the empirical evidence for this wealth effect is very, very slight. And I read some very persuasive arguments saying it doesn’t exist. Inasmuch as it has contributed to this country’s well-being, it has helped the people who didn’t really need the contribution. It has done very well for the rich,” said James Grant of Grant’s Interest Rate Observer and author of “The Forgotten Depression.”

So if stocks going up and banks doing well didn’t lead to higher wages, maybe falling commodity prices as well as cheaper Chinese goods—they get cheaper as the renminbi falls—will boost disposable income in the West. A definite yes, according to Charles Dumas, the chief economist at Lombard Street Research.

“Those two factors together, China and commodities, are both stimulative for the world economy and a central part of the adjustment to get away from the post-crisis distortion,” he said.