Time Has Come to Remove the Cancer of the CCP
0 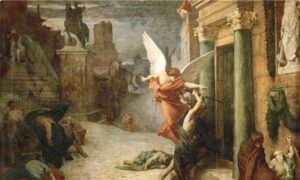 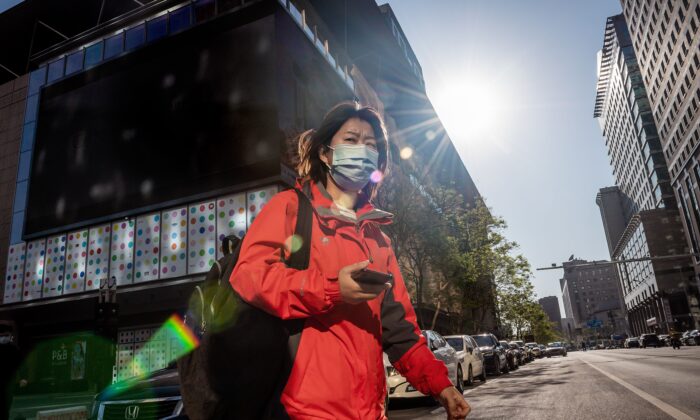 A woman wearing a face mask amid concerns over the CCP virus crosses a street in Beijing on April 22, 2020. (Nicolas Asfouri/AFP via Getty Images)
Viewpoints

How the CCP Virus Targets Its Victims

Two documents were recently leaked from inside the Chinese government, and they show a surprising picture of whom the CCP virus kills.

According to a document obtained in late March that lists the deaths of those who were part of a virus prevention unit, 88 percent were Chinese Communist Party (CCP) members. This is an unusually high percentage. In China, 6.6 percent of the population, or 1 in every 15 people, is a CCP member. The death rate among party members is more than 13 times higher than one would expect from a random distribution.

Another leaked document shows a list of people who died in February. It gives each person’s name, gender, age, position, and date of death. The list also specifies whether the person was a CCP member. Out of 300 people on the list, there are about 200 CCP members. Is this coronavirus intelligent? Is it choosing CCP members?

According to centuries-old Chinese wisdom, during a time of plague, a spiritual plague army leaves hell, locks down an area, and looks for people who are on their name list. They have their minds set on certain people, and no one can escape the search.

This is similar to a traditional Western understanding. In classical artworks that serve as a record of history, an angel points at a door and a ghost takes action. Those who are meant to die from the plague will die. Those who are not meant to die will not, even if it seems certain they will.

We now live in a more materialistic world, and science has become a kind of religion. Do we truly have a better understanding of the plague now than our ancestors did?

Iran has been an important political ally to China. The CCP helped Iran build its nuclear technology and has supported it financially, even in the face of tough sanctions, by purchasing its oil. And the CCP has successfully used Iran to deflect U.S. attention away from China’s bad behavior for years.

The virus has delivered a big hit to this political ally. Dozens of top Iranian leaders, including a vice president and 10 percent of the legislature, are known to have been infected.

Italy has been the first and only of the G-7 countries to join China’s Belt and Road Initiative. Italy has developed close business ties to China, and the country’s most productive business area was hit by the virus. It was the first area in the West to be locked down. The economic loss is hard to measure, but just the loss in tourism is estimated to be 7 billion euros.

The most mind-boggling situation is in New York. California has twice as many Chinese as New York does. In January, 3,600 people flew directly from Wuhan airport to San Francisco, one of the top 20 foreign cities to which people from Wuhan escaped. New York was not on the top 20 list. Now, the number of deaths in New York is 10 times that of California. And, ironically, Chinatowns in many cities haven’t seen more infections. No scientific explanation accounts for the numbers we are seeing.

Behind the virus’s concentration in New York City, in particular, we can see close ties with the CCP.

When major Chinese state-run companies were near bankruptcy, the CCP received help from U.S. accounting firms, law firms, and Wall Street to package the communist companies for the U.S. stock market. This has drawn on investments from average Americans. CCP officials have a joke about the best way to save a bankrupt state company: “Go and scoop up money on Wall Street.”

The companies and capital in New York have nourished the CCP and extended its life. In two decades, New York has led the United States in providing $3 trillion to sustain the CCP.

If a plague army is cleaning out the CCP, those who have made major contributions to keeping it alive might also get hit hard.