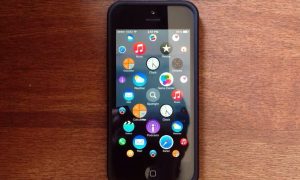 On Monday, Apple will reveal the full specifications for the much anticipated Apple Watch at in San Francisco. The device is packed with nifty new features such as an app to replace car keys, heart sensors for fitness, and a new battery option that makes the watch more energy efficient than previous Apple devices.

Yet the Apple Watch’s most influential feature may not be a technical innovation, but rather its ability to send texts. Because the screen-surface for an Apple Watch is too small for a conventional QWERTY keyboard, users will have to either dictate their replies by voice or choose from a series of suggested replies.

One potential result of a widespread adoption of the Apple Watch will be a further coarsening of how people talk to each other as our speech patterns adopt to the needs of technological convenience. Existing research already shows that instant messaging has undermined the grammar skills of those who text from an early age.

A 2012 study by communications researchers found a negative correlation between text messaging by middle school students and their performance on grammar assessment tests.

“Routine use of textual adaptations by current and future generations of 13–17-year-olds may serve to create the impression that this is normal and accepted use of the language and rob this age group of a fundamental understanding of standard English grammar,” wrote professors Shyam Sundar and Drew Cingel.

Apple Watch goes further than instant messaging in undermining normal uses of the English language. Whereas text messaging encourages short-hand slang and the corruption of grammar rules and spelling, the user is still involved in writing the individual message, which the Apple Watch would dispense with altogether.

Veteran users of Twitter often find themselves “thinking in 140 characters,” and a common verbal tic among millennials is saying LOL in real life in lieu of laughing. If the Apple Watch even achieves half the commercial success of the iPhone or the iPad, it will invariably leave the speech patterns of the newer generations worse for wear.