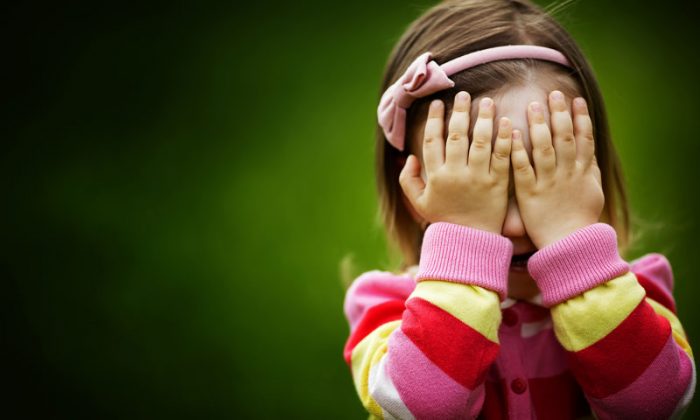 Researchers find that an evidence-based intervention helps shy children, who are often at risk for poor academic achievement, become more engaged in class work, and in turn improve their math and critical thinking skills.

Shy children are described as anxious, fearful, socially withdrawn, and isolated. In the classroom, they are less likely to seek attention from teachers and to be engaged with their peers.

As a result, research shows that they may have difficulty in school, and teachers may perceive them as being lower in academic skills and intelligence than their more outgoing classmates.

“The needs of shy kids are important but often overlooked because they’re sitting quietly, while children with behavioral problems get more attention from teachers,” says Sandee McClowry, a professor of applied psychology at New York University and senior author of the study in School Psychology Review.

“It is important to get shy children engaged without overwhelming them.”

Don’t Try to Change Them

Shyness is one of four temperaments identified in INSIGHTS into Children’s Temperament, an intervention designed to help teachers and parents match environmental demands with an individual’s personality.

The program provides a framework for appreciating and supporting differences in the personalities of children, rather than trying to change them.

Participants in the program learn to recognize four temperaments: shy; social and eager to try; industrious; and high maintenance.

Nearly 350 children and their parents across 22 elementary schools were followed during kindergarten and across the transition into first grade. Half of the schools participating were randomized to INSIGHTS, while the other half, which served as the control group, participated in a supplemental after-school reading program.

“Kindergarten and first grade are big shifts for children, regardless of temperament, McClowry says. “For example, teacher-student ratios are higher and classes are more structured. For shy kids, this transition is a particular challenge.”

The researchers were especially interested in what happens after summer break, as studies have shown that high-risk children’s skills decline over the summer while they are out of school. By providing children with extra support in the last part of kindergarten, the researchers hoped to sustain the students’ skills over the summer.

Over 10 weeks, teachers and parents in the INSIGHTS program learned how to recognize differences in children and support them in ways that are specific to their individual temperaments. During the same time period, children participated in INSIGHTS classroom activities, using puppets, flashcards, workbooks, and videotapes to help them solve daily dilemmas—for instance, having a substitute teacher or a play date at an unfamiliar house—and understand how individuals differ.

While all children enrolled in INSIGHTS showed improvements in academic skills, the effects were substantially greater for shy children. Shy children who participated in INSIGHTS had significant growth in critical thinking skills and stability in math skills over the transition from kindergarten to first grade, compared to their shy peers in the control group who declined in both areas.

The researchers observed no gains in language arts skills among shy kids from the INSIGHTS intervention compared to the control group, perhaps due to the benefits the children in the control group gained from the supplemental reading program.

“Our study supports creating an environment that makes shy children feel safe and respected in order to support their development,” says lead author Erin O’Connor, associate professor in the department of teaching and learning.

“We need to reframe our understanding of these children, because for the most part, shy children are not just going to ‘come out of their shell.'”

*Image of “shy kid” via Shutterstock