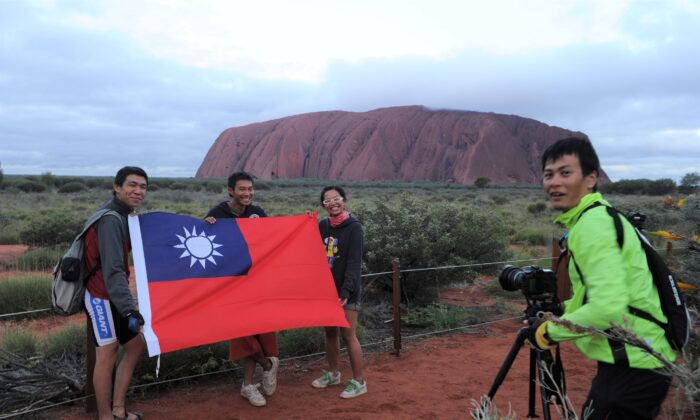 Taiwanese tourists take a picture with the Taiwanese flag at the sunset carpark at Uluru, Australia, on Oct. 25, 2010. (AAP Image/Dean Lewins)
Viewpoints

How Taiwan Became More Free Than Australia, for Now 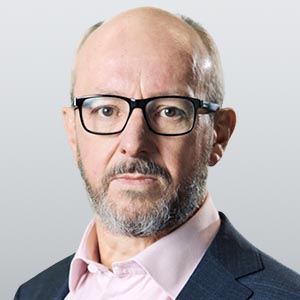 I’m no fan of the Speaker of the U.S. House of Representatives, Nancy Pelosi. But credit where credit’s due, she went to Taiwan even when both Chinese Leader Xi Jinping and U.S. President Joe Biden told her not to.

Even more praiseworthy is that once there, she celebrated that the people of Taiwan “have built a thriving democracy that stands as one of the freest and most open in the world.”

Pelosi’s comments were absolutely right, and that’s why Xi and the Chinese Communist Party (CCP) hate Taiwan so much.

If ethnically Chinese people in Taiwan can achieve that level of freedom and democracy, then why not on the mainland? In fact, it is not just the CCP that Taiwan puts to shame; it is also Australia.

According to the U.S.-based Heritage Foundation’s Index of Economic Freedom, Taiwan has now—after decades of concerted effort—surpassed Australia in the freedom rankings, rising to sixth place while Australia has dropped to 12th.

Under the index, we have, in fact, dropped from the category “Free” to “Mostly Free.” If you look at a comparison of the two countries over time, you can see that way back in 1995, both countries were tied on a score of 75.

In 1996, the same year the Howard government was elected, Australia began a long climb towards being free, and in 2012, we reached our peak score of 83.

It seems that after Kevin Rudd and the entire political class lost their minds over the Global Financial Crisis (GFC) of 2009, our freedom trend started on a downward trajectory.

As GFC madness drifted into COVID overreactions, this last year has seen a precipitate drop in our economic freedoms, driven by declining “fiscal health,” or in other words, our trillion-dollar debt, rising spending, and a budget deficit that is running at five percent of GDP.

It should be noted that the CCP’s claim that it is the natural and legal ruler of Taiwan is entirely bogus.

Paul Monk, who ran the China desk for the Defence Intelligence Office, and whose analysis of China and Australia’s relations appeared in a recent Institute of Public Affairs review, has pointed out:

“No dynasty before the Manchus ruled Taiwan. Taiwan was only incorporated within the Manchu Empire in 1885, then ceded in perpetuity to Japan in 1895. The Japanese ruled it for the next 50 years and developed it systematically. Its inhabitants rebelled against the imposition of Chinese Nationalist rule (from 1945) in 1947.”

Australia has a geopolitical interest in what happens to Taiwan. However, we also have an interest in the preservation of a nation-state of nearly 25 million people that is committed to building a free and prosperous society.

And preserving the idea that sovereignty ultimately flows from the people.