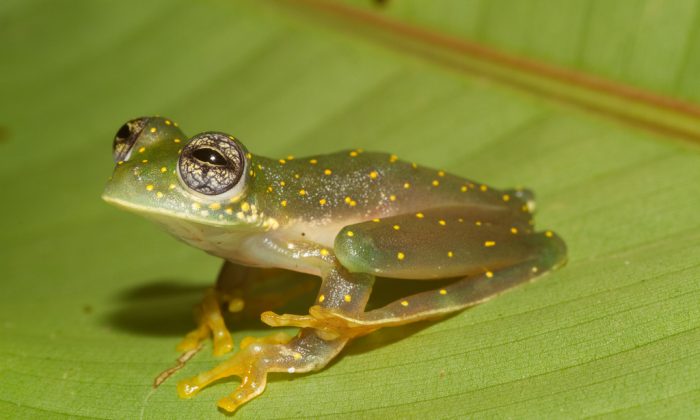 Many groups of ectotherms, which make up more than 90 percent of all animals, are able to change their physiological function to cope with an altered environment, but the rapid pace and fluctuations of human-induced climate change present serious challenges to acclimation. (Brian Gratwicke, CC BY)
Animals

How Swinging Temperatures Threaten Many Creatures

Animals that regulate their body temperature through the external environment may have the resilience to survive some climate change. But they may not be able to keep up with rapid change, say researchers.

A new study shows many animals can modify the function of their cells and organs to compensate for changes in the climate and have done so in the past. But, the researchers warn, that the current rate of climate change could outpace animals’ capacity for compensation (or acclimation).

It may also leave many species vulnerable to the current rapid changes.

Coauthor Professor Craig Franklin of the University of Queensland’s School of Biological Sciences says adapting to climate change would mean more than requiring animals to cope with higher temperatures.

“Climate change is predicted to increase fluctuations in temperature as well as overall temperature, requiring animals to function across a broader range of conditions,” says Franklin.

“This is particularly important for ectotherms, which are animals that rely on external sources of heat to control body temperature, and are therefore more influenced by environmental temperatures.”

The research shows that many groups of ectotherms, which make up more than 90 percent of all animals, are able to change their physiological function to cope with an altered environment, but the rapid pace and fluctuations of human-induced climate change present serious challenges to acclimation.

The researchers studied 40 years of published data to assess how biological functions change in response to sudden fluctuations in environmental temperatures.

Coauthor Professor Frank Seebacher of the University of Sydney says the study finds that the physiological rates of ectothermic animals, such as heart rate, metabolism, and locomotion, had increased already over the past 20 years with increasing average temperatures.

“It is important that animals maintain the right balance between the large number of physiological functions required for their survival despite environmental fluctuations,” says Seebacher.

“An increase in temperature that leads to changes in physiological reaction rates can upset that balance and thereby cause the decline of individuals and species.

“For example, movement requires energy and oxygen to be delivered to muscles.

“However, if metabolism or the cardiovascular system can’t cope with increased temperatures, animals can no longer move to forage, migrate, or interact with each other,” he says.

“The overall trend in the last 20 years has been to increased physiological rates, and we predict that this would continue to increase with increasing temperature.

“Even if animals are able to maintain the balance of their physiological functions in a warmer climate, increased metabolism leads to increases in the food resources needed and could upset the balance in ecosystems, particularly if predator and prey populations respond very differently to the environmental temperature change.”

Source:University of Queensland Republished from Futurity.org under Creative Commons License 3.0.