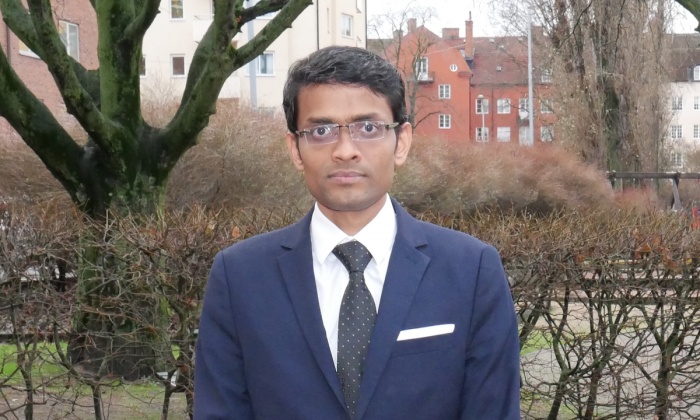 Hemant Gondane, an Indian migrant that Sweden is seeking to expel from the country, in Linköping, Sweden, in Dec. 2018. (Ilias Kotsamboukidis/The Epoch Times)
Europe

How Sweden Is Expelling Law-Abiding and Highly Skilled Migrants

STOCKHOLM—Sweden is set to expel an Indian IT engineer, even though he has steady employment and possesses highly sought-after job skills.

Hemant Gondane, 29, has been living in Sweden since 2014, and currently works for the company Infor Sweden in the city of Linköping. Yet, he is facing expulsion as a result of Swedish labor and migration law. His case is but one of many in what has now been dubbed “competence expulsions,” an issue that has gained much attention from Swedish media in recent years.

Gondane says he came to Sweden and chose to stay because he believed that Sweden is a just and ethical country. He says he has contributed to the country as a law-abiding taxpayer, and can’t understand why the government doesn’t seem interested in making it possible for him to stay.

“When I see such decisions being made, I am worried about the direction in which our country is going,” he said.

Gondane can’t stay because he was unemployed for a time after his initial employment ended, and it took him some time to find a new job. Now, he’s stayed too long to get an extended work permit, yet not long enough to be eligible for permanent residency. While these rules were originally intended to stop the exploitation of foreign workers, they have led to law-abiding immigrants with employment, often with skills that are hard to find in Sweden, being expelled.

“This situation is not unusual for companies whose consultants are working in several countries simultaneously,” said Sebastian Scheimann, Gondane’s lawyer. “The rigid Swedish system is not adapted for the global labor market.”

Gondane appealed the initial decision by the Swedish Migration board, but his appeal was rejected by the Migration Court. His last hope is that the Migration Court of Appeal, a supreme court, will take his case. But this is highly uncertain, as they have already taken a similar case.

He is one of more than 500 respondents to a survey conducted by the Diversity Foundation, a non-political organization working for a more inclusive labor market in Sweden. The final results are to be published in January, Matthew Kriteman, chief operations officer at the foundation, said.

“Essentially, Hemant is the definition of the type of labor migrant that Sweden needs, not only due to his profession in IT, but because this is a person who genuinely has tried to follow the law,” Kriteman said.

Kriteman thinks this issue may affect Sweden’s ability to compete on the global market, as well as the general brand of Sweden as an inclusive and innovative society.

Gondane’s manager at Infor, Thim Otskov, says that Gondane has contributed to the company with his knowledge and experience, and has been part of making it possible for the company to establish many new jobs in the area.

“A decision that would cause Hemant to leave Sweden would not only be an immediate loss for our team, but would also imply both recruitment cost and missed commitments made to customers in Sweden,” he said. “We are worried about the time it takes to find and recruit similar talent in Sweden.”

While Gondane is appealing on technical grounds, primarily that the Migration Court didn’t take a previous decision into consideration for his appeal, he is also concerned about the Swedish justice system’s view of justice.

“Laws are made, but each and every thing cannot be specified in the laws,” he said. “One needs to decide, based on some universal principles of what is fair and right.”