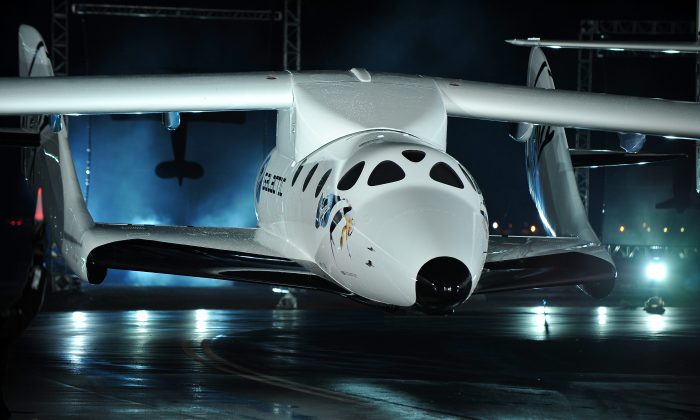 The SpaceShipTwo, the world's first commercial manned spacecraft, at the Mojave Air and Space Port in Mojave, Calif., in 2009. This manned spacecraft will provide researchers with safe and affordable opportunities to deliver research payloads into space.(Robyn Beck/AFP/Getty Images)
Science

Virgin Galactic, the company with ambitious plans to open a commercial space flight service, will soon be delivering scientific payloads into space as part of a joint effort with NASA and researchers. Each payload will deliver important information to researchers at universities and organizations in the fields of biological monitoring, on-orbit propellant storage, next-generation air traffic control systems, et cetera.

The platform used by Virgin could pioneer a new field of affordable and safe scientific research for scientists and universities across the world. The SpaceShipTwo offers researchers access to several minutes of high-quality microgravity as well as exposure to outer space and the upper atmosphere.

The payloads that are a part of the Flight Opportunities Program are all engineering experiments designed to advance a scientific field pertinent to NASA’s technological future.

“Our vision for Virgin Galactic is to increase access to space, not just for individuals to experience spaceflight, but to advance humanity by driving significant technological advancement and research,” said Virgin Galactic CEO George Whitesides, according to Virgin Galactic’s website. “We are proud to have NASA’s Space Technology Mission Directorate as a customer and to be able to facilitate their important work.”

Virgin Galactic’s spacecraft, which launch from Spaceport America outside the city of Truth or Consequences, N.M., are in the final testing phase. Some recent tests have focused on alternative rocket fuel.

“Of the numerous challenges Virgin Galactic has faced and overcome in our unprecedented mission to create the world’s first spaceline, the greatest engineering challenge has been to develop the world’s largest operational hybrid rocket motor to power SpaceShipTwo and its occupants safely, regularly, and efficiently to space,” said Whitesides.

It is unclear exactly when the spaceport will open for commercial tours. But, when it does, SpaceShipTwo will be taking its passengers about 62 miles (100 kilometers) skyward, which is the internationally accepted border of space.

The price for a ticket into space is approximately $250,000 and about 500 people have already shelled out deposits to become an astronaut tourist.

Customers willing to spend that amount of cash will be treated to a three-day trip to Spaceport America where they will be training and preparing for their flight. On the third day, a carrier airplane with the SpaceShipTwo rocket plane attached underneath will carry them up to 50,000 feet.

At that height, SpaceShipTwo will detach from the carrier and blast them into space. Passengers will not actually orbit the Earth, but will experience a suborbital tour similar to a roller coaster ride and consisting of about five minutes of weightlessness.

But it isn’t just for fun. The $250,000 price tag may be a bit much for all but the most wealthy thrill-seekers, but it’s a really good deal for scientists who usually see government agencies spend millions to get an experiment into space.

“We’re really at the edge of something transformational,” he said. Southwest paid the deposit to send two of its scientists on SpaceShipTwo and planned to send six more.