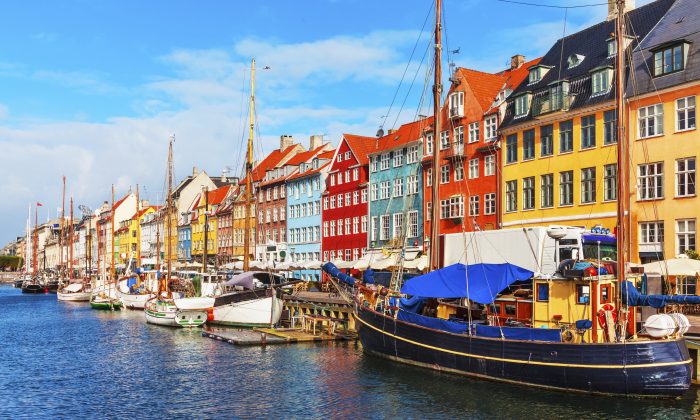 Scandinavian countries are beautiful, as in this picture of Copenhagen, Denmark. But they are less socialist than people think. (OlgaCanals/iStock)
Viewpoints

How Socialist Are the Scandinavian Countries?

Bernie is my old Madison high school track teammate. We ran the same distances, a half-mile and up; he was one of the very best athletes in all of New York City, I was a mediocre runner. We walked to school and back together upon occasion, but now we are walking in completely opposite directions.

He is busily promoting socialism, I prefer to promote freedom.

His brand of socialism, however, is not the sort of economic system practiced in the failed states of Cuba, North Korea, and Venezuela in modern times nor of the USSR, East Germany, and North Korea in the days of yore. Oh, no, not that kind of socialism. Rather, Bernie (he and I also overlapped for one year at Brooklyn College) urges the type of economic system as practiced in the Scandinavian countries. Actually, things are not all that bad in Norway, Sweden, Finland, and Denmark. Maybe this sort of socialism would be acceptable to the electorate? That, at least, is what Senator Bernie is hoping.

In actual point of fact, these four nations are amongst the most capitalist on the entire planet. In my book Economic Freedom of the World, 1975-1995 published by The Fraser Institute, we rated the economic freedom of 101 countries. Our study was based on such considerations as tariffs, regulation, taxation, transfers, subsidies, bailouts, conscription, etc. The lower the level, or absence in the latter case of these variables, the more economic freedom there would be. We also took into consideration limitations on owning bank accounts, price controls and government-operated enterprises in our calculations. We used 17 different criteria, under the four categories of money and inflation, government operation and regulations, takings and discriminatory taxation and international trade. Our observations were based on the statistics garnered from 102 different countries.

Our thesis was that the freest nations would be the most prosperous, and the least free the poorest, which was fully borne out. Here is a list of the ten freest countries, in order: Hong Kong, Singapore, New Zealand, the United States, Switzerland, Malaysia, Britain, Thailand, Canada, Japan. Here are the ten least free nations: Zaire, Algeria, Iran, Syria, Haiti, Romania, Ivory Coast, Burundi, Brazil, Nicaragua.

Where oh where do the Scandinavian countries place in these sweepstakes? Well, Denmark takes 33rd place, Norway 41st, Finland 46th, and Sweden 48th. Note, all were in the top half of our distribution.

But this is only the tip of the iceberg. The above statistics cover only the period 1975-1995. What has been happening since then? After the book I mentioned above was published, numerous follow up volumes appeared. Slight changes were made in the number of criteria defining economic theory, and, additional countries were added to the mix. How, pray tell, did the Scandinavian nations fare in subsequent evaluations? Better and better and better. Take that, Bernie.

For example, the 2010 report featured no fewer than 141 countries. This places any nation ranking 35th or better (e.g., lower) in the top quartile. Finland claimed 19th place, Norway 31st and Sweden just missed the top one quarter of the distribution at 37th. Socialism, Bernie style? Not at all. Denmark just missed the top 10, coming in at a pretty brisk 14th place.  They ranked not only in the top quartile but, actually in the very highest decile; they have one of the freest economies on the globe. By the way, the United States had sunk to 6th place by this time.

And what of 2015? Then, there were 159 countries surveyed, rendering a 40th position or better in the top 25 percent of nations. Denmark hit the mark at 15th, Finland tied with Latvia for 17th, Norway came in at 25th place, and “socialist” Sweden crossed the finish line at 27th position. For those who are still counting, the United States fell to a tie for 11th place with “socialist” Canada in 2015.

Yes, Bernie, if we have to have “socialism” let it be of the kind practiced in any of these northern countries, particularly that of Denmark. Over there, capitalism runs amok, creating vast wealth, as per usual.