The Marketing Corner: A Plethora of Video Opportunities in Television
0 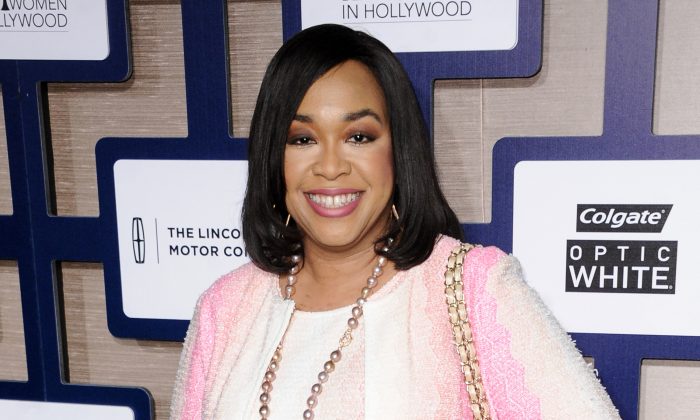 How Shonda Rhimes Broke out of Her Shell

NEW YORK—Shonda Rhimes, who owns ABC’s Thursday night (with hit dramas “Grey’s Anatomy,” ”Scandal,” and “How to Get Away With Murder”), had found comfort and refuge in ShondaLand, the dream factory she rules as a mega-producer and writer.

But otherwise, she was a chronic naysayer, which spurred her sister to mutter as they cooked Thanksgiving dinner in 2013, “You never say yes to anything.”

This stinging rebuke led Rhimes to commit herself to a year of saying “yes” to whatever came her way.

For Rhimes, who describes herself back then as an introvert “to the bone,” this meant saying yes to speaking engagements and social invitations she would have turned down before.

But that was just the start.

“I feel like a different person,” Rhimes, 45, declared over tea Monday morning at a New York hotel. A television titan who not long ago was legendary for shunning interviews and the media spotlight, she was relaxed and reflective as she shared with a reporter how “everybody asks: ‘What happened to you?’ I don’t know what to say, except that I had this weird, transformative experience, and I feel like I’ve completely changed my life from top to bottom.”

Rhimes has chronicled this grand transformation—and helped explain it to herself—in her candid new memoir, “Year of Yes” (Simon & Schuster; $24.99).

For Rhimes, saying yes didn’t just mean saying yes to Jimmy Kimmel when asked to be on his show (which terrified her, though it turned out fine) or making time, no matter how busy she was, for her three daughters when they asked, “Wanna play?”

More than all that, “yes” meant breaking her lifelong habit of avoiding new possibilities and opportunities.

Writing “Year of Yes” itself became a part of the transformation process, which delivered her from being a remarkably successful woman who was, nonetheless, miserable, to newfound standing as “a better mother, a better friend, a happier boss, a stronger leader, a more creative writer,” and someone who is kind, no longer cruel, to herself.

“The more I wrote about what I was doing, the more I got out of it, and I ended up writing the book just for me, which I think was a good thing. If I had been thinking that anybody else was going to read it, I probably would have censored myself so that what came out was sanitized,” she laughed, “for my protection.”

It isn’t. One of the more revealing chapters recounts her relationship with an ideal man who wanted marriage and mistakenly got the idea she did, too.

She ended up shutting the door on that relationship while, free of regret or self-recrimination, flinging open a door to the notion that choosing to stay single was the right choice for her.

Writing that chapter sparked an epiphany for Rhimes. She realized she unwittingly had led him on.

“He had said, ‘I thought you were a traditional person,’ and suddenly I realized that I had completely created myself for HIM as someone who seemed to want to get married. Up until that moment, I thought, ‘How DARE he say I’m traditional?!’ But then I realized, ‘That was MY doing.'”

Another intimate section of the book is devoted to her dropping more than 100 pounds. In a painfully funny account, she recalls being too fat to connect an airline’s seat belt—then choosing to hide her beltless state with a sweater in her lap rather than ask for a seat belt extension.

Health concerns, not vanity, led to her eventual weight loss. She continues to say yes to food, but now she also says yes to moderation.

Related Coverage
The Marketing Corner: A Plethora of Video Opportunities in Television

The creation of “Year of Yes” was as swift as Rhimes’ punchy, often stream-of-conscious writing style. It poured out of her this summer and the next thing she knew, she was holding the book’s galleys.

“That’s when I freaked out. Suddenly this book was real, and I was reminded that everybody in the world is going to read it. So I had my panic. And then I re-read it and I felt OK. It’s honest and wildly freeing.”

And its publication finds her in a place, she reports, “where needing to say yes is less necessary, because it’s much more automatic. There’s not very many things that I’m running from now.”