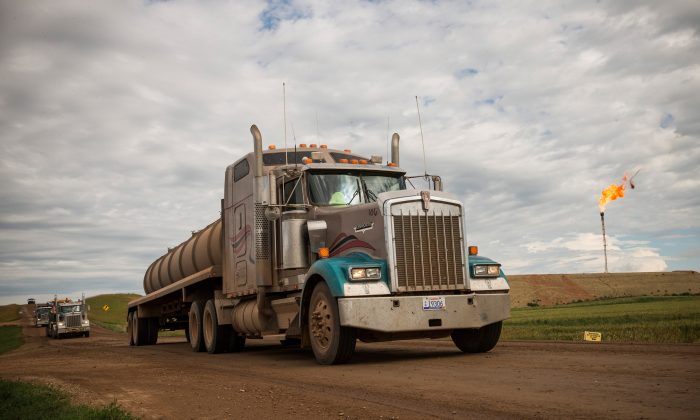 In December 2013, President Barack Obama gave a speech on income inequality and economic mobility—the latter broadly defined as the chance that people can move up into a higher income bracket adults than that of their parents—and called the decline of the latter “the defining challenge of our time.”

Embarrassingly enough, a month after Obama’s address, two Harvard economists published a landmark study on economic mobility contradicting the president’s lament: after looking at the income for millions of Americans via data provided by the IRS, they found that mobility hasn’t changed at all in nearly half a century.

The study did find that although economic mobility was the same across time, it certainly wasn’t the same for different areas across the country.

In Atlanta, Georgia, the chance that a child born into a family in the bottom fifth of the income bracket rising to the top fifth as an adult is 4 percent. In the county surrounding the city of Williston, North Dakota, it’s 33 percent; a number of other counties in the state also share some of the highest rate of economic mobility in the entire country.

A major reason for the high rate of mobility enjoyed by North Dakota’s residents is the state’s oil and natural gas boom. The energy industry has enriched landowners, local residents, and immigrants from other states alike. Important for economic mobility has been the industry’s ability to provide high-paying jobs for workers that are relatively unskilled.

The oil boom in North Dakota has been a boon for truck drivers, many of whom now enjoy six-figure salaries despite little experience. So many truck drivers are flocking to the state that many small towns have found their housing system overwhelmed by the incoming workers.

But for the truck drivers, the end of the good times is already in sight. Earlier this month, self-driving trucks hit the roads for the first time, pacing up and down public roads in Nevada. The state of Nevada granted a license to test the trucks.

Self-driving trucks pose a far greater threat to the employment of truck drivers than self-driving cars do to cabbies; the latter operate in dense urban jungles that are often difficult, if not impossible for existing autonomous driving technology to navigate safely. Trucks, on the other hand, mostly drive along simple, rigid paths down the freeway.

At the moment, self-driving technology is still in the testing phase. Google, a leader in the self-driving sector, is only testing its self-driving car on public roads for the first time this summer. Even when the machines are ready, companies will need the green-light from regulators before self-driving vehicles become mainstream. Amazon, for instance, wants to test its drone-delivery program, but the Federal Aviation Administration won’t let that happen, at least not yet.

But when new technology becomes widely available, adoption and convenience can come at a whirlwind pace. Thanks to the marketing genius of Elon Musk, producing electric cars on an industrial scale went from being science fiction to reality in a few short years, and Tesla recently announced a new model coming out in 2017 that will be priced around $35,000—cheap enough for the average consumer.

The inevitable replacement of truck drivers by autonomous vehicles will likely leave a bleeding chunk in the job market: the American Trucking Association puts the number of professional truck drivers at 3.5 million, and the total number of jobs in the industry at 8.7 million.

Truck drivers aren’t the only workers who will likely draw the short straw in the age of robots. A 2013 study of more than 700 professions by two researchers at the University of Oxford found that in the coming two decades, 47 percent of all jobs in the United States could be delegated to machines.