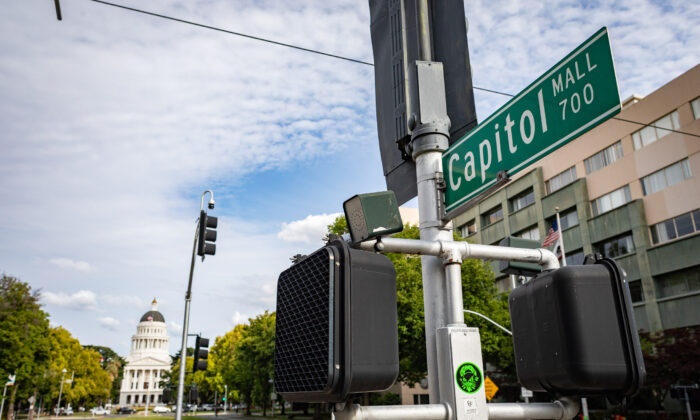 The repeal of the Roe v. Wade abortion decision by the U.S. Supreme Court will change California politics—but not in the way people are expecting. The assumption is it will help Democrats and hurt Republicans. And it will continue Gov. Gavin Newsom’s ascension as a leader of the Democrats’ progressive faction.

Instead, it could become a perpetual question put on the ballot every time there’s a November election.

Newsom himself has taken the lead by declaring California an abortion sanctuary state. “California can play an outsized role at this moment,” he said just after the ruling came down on June 24. “I want folks to know, all around the rest of the country, and in many parts of the globe, that I hope we’re your antidote to fear or anxiety. Perhaps to the cynicism that many of you are feeling about fate and the future.”

On June 27, he also signed an Executive Order banning using state personnel or funds for “any inquiry, investigation, or proceeding initiated in or by another state that seeks to impose civil, criminal, or professional liability upon a person or entity.”

It’s hard to see how the EO is anything more than grandstanding. Axios reported June 24, “Abortion clinics across the country close after Roe v. Wade ruling.” No need for anything from California.

Back to the States

The court ruling only restores the status quo ante 1973. Back then, California and New York already had legalized abortion. In 1972 and before, there was no posturing by governors over the issue.

What the new court decision does, instead of inflaming the issue, is to defuse it. The very structure of the country is made up of 50 “free and independent states,” as the Declaration of Independence says. Those states came together first to throw off the British tyranny, then to form a new nation under the Constitution. Whose Tenth Amendment guaranteed, “The powers not delegated to the United States by the Constitution, nor prohibited by it to the States, are reserved to the States respectively, or to the people.”

As Clarence Thomas wrote in his majority opinion, the Constitution nowhere mentions abortion. Nor do any of the amendments. The matter was entirely left “to the States respectively.”

As to California itself, the abortion amendment, which almost certainly will pass, won’t change anything. In 2002, the state Legislature and Gov. Gray Davis anticipated Roe might be overturned in the future because of justices appointed by President George W. Bush. The Legislature passed SB 1302, the Reproductive Privacy Act, which codified Roe—even though abortion already had been legal here since 1967.

One of the Bush justices, Samuel Alito, indeed, turned out to be the author of the majority opinion in the 2022 case, Dobbs v. Jackson.

The pro-life groups are unlikely to expend much money and energy on defeating the new California constitutional amendment because it won’t change anything.

Instead, I think they will save their money to advance their own pro-life constitutional amendment in 2024. It would repeal the amendment on this November’s ballot, as well as the 1967 law. Likely such a ban would fail—the first time. But later?

California’s initiative and referendum system was instituted in 1911 by Gov. Hiram Johnson, a Progressive, which meant something different in those days than today. As he said of his reforms, “they do give to the electorate the power of action when desired, and they do place in the hands of the people the means by which they may protect themselves.”

Although California is a heavily Democratic state, the party’s constituencies don’t always hold the same beliefs as the party. In 2008, state voters passed Proposition 8, a ban on same-sex marriage, despite strong objections by the Democratic Party’s leaders. White and Asian voters rejected the initiative. But as the Washington Post reported at the time:

“Any notion that Tuesday’s election represented a liberal juggernaut must overcome a detail from the voting booths of California: The same voters who turned out strongest for Barack Obama also drove a stake through the heart of same-sex marriage.

“Seven in 10 African Americans who went to the polls voted yes on Proposition 8, the ballot measure overruling a state Supreme Court judgment that legalized same-sex marriage …

“Similar measures passed easily in Florida and Arizona. It was closer in California, but no ethnic group anywhere rejected the sanctioning of same-sex unions as emphatically as the state’s black voters, according to exit polls. Fifty-three percent of Latinos also backed Proposition 8, overcoming the bare majority of white Californians who voted to let the court ruling stand.”

The initiative was overturned by court decisions in 2015.

Although the percentage of black Californians has declined slightly since 2008, that of Latinos has increased from 28 percent in 2010 to 39.4 percent in 2021.

Of course, we don’t know exactly how the politics of abortion will play out in 2024 or 2026 or 2028, among Latinos or any other ethnic group.

But assuming there is a constitutional amendment banning abortion on the ballot in 2024, it would attract vast national attention and many tens of millions of dollars for each side from all across the country. And it well could pass and ban abortion in California.