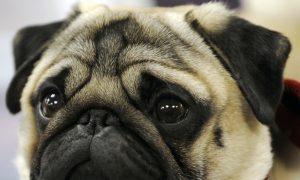 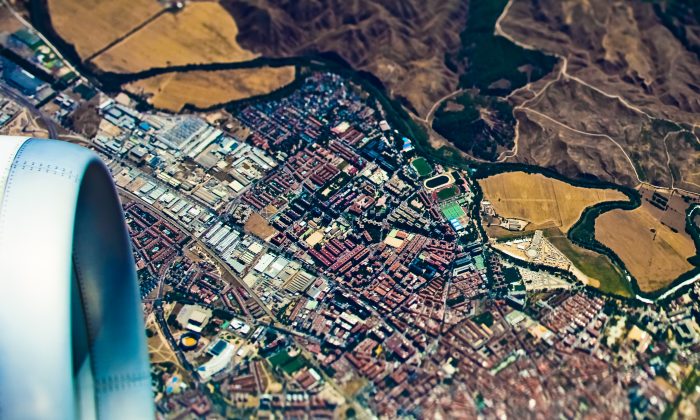 Bag it up. Is airport security at risk? (John Cobb/Unsplash, CC0 1.0)
Business

Peter Gardner, an Australian-New Zealand dual national, is on trial in China, accused of trying to smuggle 30 kilos of the drug crystal methamphetamine out of the country. Gardner claims he was unaware of what was in the bags he was carrying but faces the death penalty if found guilty. It is a devastating moment for him and his family.

Gardner has told Chinese authorities that his flight back to Sydney was timed to arrive while baggage handlers working for a drug syndicate were on shift. It is a startling claim that organised crime has snared some of the workers ferrying our bags in the warehouses underneath sparkling terminal buildings, but there is some evidence to support it.

Writing in the Sydney Morning Herald earlier this month, Rick Feneley suggested that thousands of airport staff in Australia are working without federal police clearance. He also points out that this kind of work is vulnerable to such subterfuge because of the high turnover of workers in a largely causal and poorly paid workforce.

Recent studies for the European Transport Workers’ Federation that examined the nature of work for flight crew, cabin crew and ground handling staff identified similar contracts of employment in the European civil aviation industry. There are an increasing number of precarious workers with agency or temporary work contracts whose labour is poorly paid and highly intensive.

One study, published in 2012, cited a ground handling worker who claimed that job pressure meant that they regularly contravened security protocol in order to get their work done. Another study participant claimed that it was common to observe temporary staff on split shifts, whereby the worker may be required for several hours in the morning and several hours in the afternoon/evening, sleeping in their car between shifts because they were unable to travel home and back to the airport in time. It starts to paint a picture of a weak link in airport security, and the evidence doesn’t stop there.

A more recent study carried out in 2013-14 looked at the effect of low cost airlines, and involved a survey of 385 ground staff, many of whom were permanent full time or permanent part time, working in the UK, Spain and the Nordic states. It found that 63% were working variable shift patterns, while 20% were working split shifts. Only around half of the respondents felt that their job gave them security and 70% wanted a greater level of security. One participant summed up their experience as follows:

Working shifts and strange hours has made my health suffer. Shorter work hours for shift people would be a dream. My social life is suffering since I am always tired and trying to recover from lack of sleep (getting up at 03:30 mornings and coming home after midnight on late shifts). Airline business is hard work, low pay and bad work hours. Less and less people do more and more work. [There is] no support when something happens and passengers are unruly (cancelled flights etc.). I wouldn’t recommend this business to anyone young today.

It is hard to arrive at any other conclusion that such experiences, with their detrimental impact on workers’ ability to effectively do their job, will serve to undermine the International Air Transport Association’s commitment to safety and security. It’s also not hard to see how organised crime might start to see such conditions as a weak spot to be exploited.

However, before we vilify the ground handling service providers for the contracts which deliver these conditions, it is worth bearing in mind that these firms face not only the ever-increasing demands from airlines seeking a cost advantage through their suppliers, but also European legislation (Directive 96/67/EC, for the completists) that mandates competition between the ground handlers.

The European Commission has tried to ensure that no handling firm gains a monopoly at large airports, but in practice it means that the companies are forced to compete with one another for airline contracts. Airlines – low fare players and legacy carriers alike – are seeking cost efficiencies from their supply chain, and that means that ground handlers, as a necessary function, are a target of cost reduction.

Competition between them invariably focuses on cost. With the cost base made up largely of labour costs (upwards of 65%) this simple equation inevitably affects staff and leads to worse terms and conditions of employment, lower levels of training and potentially jeopardises airline safety and security.

The civil aviation industry in Europe and elsewhere in the world has undergone a seismic shift in the last 25 years resulting in many more people flying due to the lower tariffs. It is worth bearing in mind that lower fares come at a cost. Are the low fares worth it?

Geraint Harvey is Senior Lecturer in Industrial Relations and HRM at University of Birmingham. Peter Turnbull is Professor of Human Resource Management Labour Relations at Cardiff University. This article was originally published on The Conversation. Read the original article.