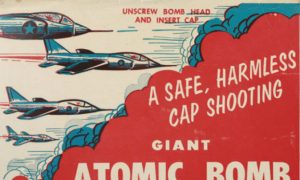 Nuclear Nightmares: Securing the World Before It's Too Late
0 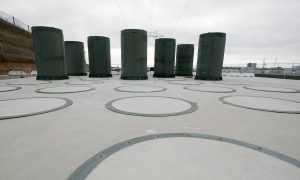 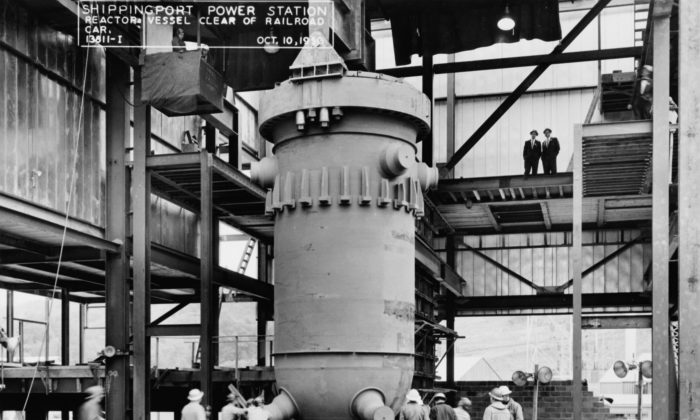 Four internationally recognized climate scientists issued this plea to fellow environmentalists in November 2013, arguing that nuclear energy needs to be a part of the global climate change solution. We need to reduce carbon dioxide (CO2) emissions from fossil fuels. Nuclear power is the best option today; it can deliver electric power in a sufficiently safe, economical, continuous, and secure manner synergistic with supply from other carbon-free sources such as solar and wind. And the technology has been evolving since its birth during World War II.

Nuclear energy started beneath the football stands at the University of Chicago. That’s where, in late 1942, a group of scientists under Enrico Fermi created the first nuclear reactor. Like all reactors that followed, this one split fuel atoms into lighter elements—a process called fission that releases large amounts of energy, more than a million times as large as an ordinary chemical reaction.

Fermi’s group assembled fissionable uranium fuel within an array of graphite blocks. This configuration slowed the speed of the first neutrons created by fission sufficiently to continue the reaction. The Fermi reactor proved that a sustainable yet controlled chain reaction could be produced, thus ushering the way to much larger reactors capable of supplying cities and whole regions with electrical power.

By early 1955, Adm. Hyman Rickover had overseen the construction and successful launch of the submarine Nautilus. To propel the vessel, it used light water coolant to extract the energy released via fission of its highly enriched uranium-fueled core. The pressurized coolant had sufficient density to slow the neutrons down enough such that the chain reaction could be maintained. Based on its successful use for submarine and surface naval vessel propulsion, this pressurized light water cooled design was subsequently adopted for commercial nuclear power in the United States and is used today worldwide for electricity production, along with its close relative, the boiling light water reactor.

Reactor concepts have evolved since then over the 60-year period of nuclear power reactor development, using other coolants such as gas, molten salt, and liquid metals including sodium and lead that allow operation at higher temperatures and hence more efficient power cycles.

Extensive attention to reactor safety, construction, and maintenance costs, and control of spent used fuel have led to the reactors deployed today—about 100 in the United States and over 400 worldwide. They’re overwhelmingly of the light water type of the Nautilus design that uses pressurized water as the coolant to capture the heat released by fission and transfer it to electrical generators.

Nuclear energy has the potential to supply electricity to countries without alternate fuel resources, to contribute to climate stabilization by producing electricity without CO2 emissions, and to displace fuels that lead to air pollution. In light of these advantages, engineers in national laboratories and universities and in the private sector are actively pursuing innovation in nuclear power reactors.

Both of these newer reactor types are cooled with sodium (or in one project, lead). Both elements do not appreciably slow down neutrons since they are of higher atomic weight than water’s hydrogen-oxygen combination. They are aptly called fast reactors, referring to the speed of the neutrons. The higher speed allows neutron interactions with the fuel materials—both natural uranium and higher atomic weight transuranics—to extract the full energy value of uranium and to burn spent fuel.

Each of these four reactor types will enhance the safe, economical and secure delivery of nuclear power.

But to achieve industrial and commercial acceptance, these new concepts also must achieve improvement in cost and safety performance. So too must the advanced nuclear power stations now being deployed worldwide based on proven light water reactor technology to replace the existing fleet of operating reactors.

Such safety gains are now being achieved through the adoption of reactor safety systems operated by laws of nature such as gravity and natural circulation, rather than being dependent on actively generated electric power. These emergency coolant safety systems can automatically deliver needed coolant to prevent core damage by gravity flow, without the need for operator action.

Approaches to reduce reactor costs are being achieved through innovations in construction techniques, which reduce both capital costs and erection time.

The energy needs of the world are large and growing. The 1.2 billion people who don’t even have access to electricity cannot be denied the ability to improve their quality of life. Nuclear energy provides a scalable, clean source of safe, reliable power which, with other clean energy sources, can meet the world’s needs in a sustainable manner.

This article is part of The Conversation’s worldwide series on the “Future of Nuclear.” You can read the rest of the series here.

Neil Todreas is professor emeritus of nuclear science and engineering at Massachusetts Institute of Technology. This article was previously published on TheConversation.com.