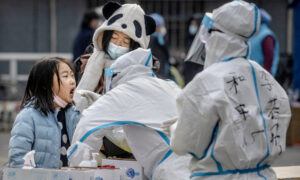 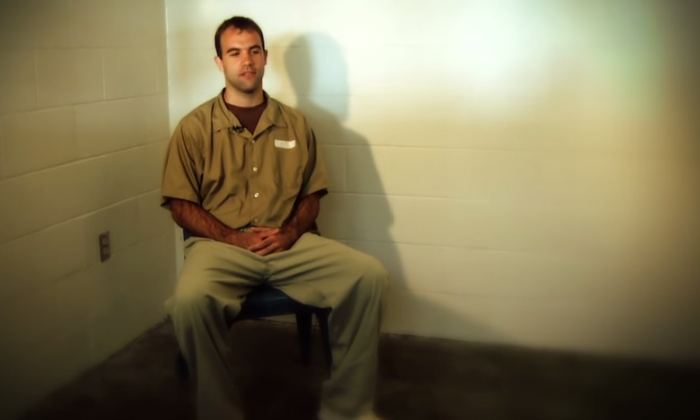 Glenn Shriver, who plead guilty in 2010 to conspiring to spy for the Chinese regime, speaks from prison in an FBI video. (Screenshot from www.fbi.gov)
China

How Not to Become a Foreign Spy

Glenn Shriver had panicked. He was at the CIA headquarters for a job interview in May 2010. He was sitting in a chair undergoing a lie detector test. The questions were simple: Have you ever met with a representative of the Chinese regime? Did they give you money?

Shriver lied. Then he took a break. Then he came back and told the person conducting the interview he was no longer interested in the job. He went to catch the first plane back to China. He was arrested while boarding the flight.

The story of Glenn Duffie Shriver is now used by the FBI in educating people on how not to get recruited as a foreign spy while traveling abroad.

The FBI used to air a video re-enactment of Shriver’s story privately at universities or during presentations. That video, “Game of Pawns,” is now available for everyone to watch on the FBI YouTube channel. The FBI accompanied the release with new public information on how foreign spy agencies target students studying abroad.

“I think it’s very commendable. I’m pleased that the FBI has done it,” said Edward T. Timperlake, a former Department of Defense liaison to the National Counterintelligence Executive Committee, in a telephone interview. “The young man explained it well: You lead a sheltered life in American society. You can get along being bright and qualified, and never see the malicious, ugliness of a foreign government targeting you to exploit you as a human being for their political agenda. It’s a wake up call.”

More than 280,000 U.S. students studied abroad last year, says the FBI website, and these students are often developing skills that U.S. private industries and government employers are interested in.

The government and corporate interest in these students then makes them targets for foreign intelligence agents as they look for candidates they can transform into insiders in targeted industries or government agencies.

According to the FBI website, the agency “has ramped up efforts to educate American university students preparing to study abroad about the dangers of knowingly or unknowingly getting caught up in espionage activities.”

Along with this new effort, they released their video retelling the story of Shriver and note, “We’d like American students traveling overseas to view this video before leaving the U.S. so they’re able to recognize when they’re being targeted and/or recruited.”

Shriver pleaded guilty on Oct. 22, 2010, to conspiring to provide national defense information to spies in the Chinese regime. The 28-year-old was later sentenced to four years in a federal prison.

Shriver was studying abroad in Shanghai in 2004, when he began meeting with three people claiming to be from the Chinese government. They praised him. They gave him more than $70,000 in three separate payments. They said they wanted to help him in his studies.

Then they asked him to apply for a job at the CIA, which then led to his arrest.

It turned out Shriver’s new friends were intelligence agents for the Chinese Communist Party. Had Shriver stepped out of line, they were prepared to blackmail him.

The FBI video ends with a recording of the real Shriver in prison. “They say everyone has their price,” he tells the camera. “When you’re being told you don’t have to do anything about it. ‘We just want to be your friends. Here’s $10,000. No big deal.’ That’s hard to say no to.”

Timperlake, the former Defense official involved in counterintelligence, said that the threat from Chinese espionage activities is “significant” for the United States, partly because of the nature of PRC spycraft. “This isn’t the old Cold War. It’s come one, come call. It’s ubiquitous, and they just keep doing it.”

America is a “very trusting society,” Timperlake said. “We have that in our DNA, as an open and free society, thinking the best of people. Education is the way to inoculate people against the threat.”

The message of it all is simple: Don’t become a foreign regime’s pawn in the game of global espionage.