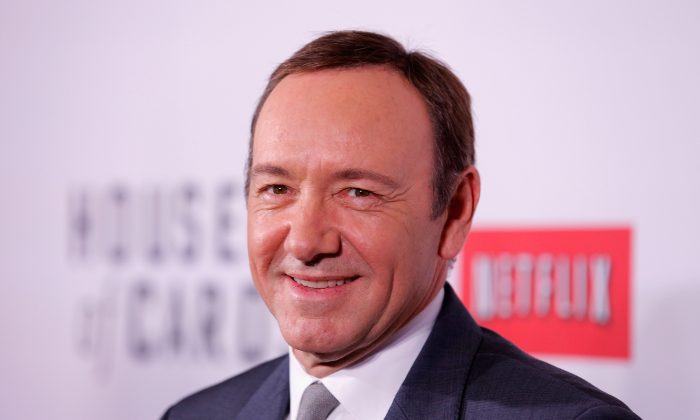 How these online streaming giants could be disruptive
By Catherine Yang

Leading online streaming websites Netflix and Amazon are both investing heavily in original programming, but their similarities just about end there.

While it’s true the two endeavors are disruptive, it’s not because they’re a threat to cable.

Netflix, with 31 million subscribers in the United States, has just passed the HBO milestone in terms of paid subscribers. Netflix acquired rights to its hit political drama “House of Cards” after outbidding the cable channel and committing $100 million for 26 episodes.

But Netflix doesn’t compete against cable in a way that’s substantial. In fact, it’s viewed as an additional television channel. Despite Netflix’s rise in subscribers over the years, the big cable networks have yet to see a meaningful drop in subscribers.

Netflix does differ from cable in two aspects—its release schedule and its cavalier approach to production.

Based on viewer habits, Netflix chooses to release a full season of its original series all at once, instead of the typical week-by-week release schedule on TV. This model has come under a lot of criticism, as it’s widely accepted that the suspense of a weekly release creates more buzz.

“I’m quite skeptical of the all-at-once release model,” said IHS analyst Richard Broughton. “If It’s a series that runs for 10 or 20 episodes, that’s 10–20 weeks that a subscriber will keep watching and keep subscribing and keep paying because they obviously enjoy that content.”

It’s a valid point, considering Netflix reported losses in markets such as Latin America from running free trials. Customers tend to sign up and “binge view” a particular show, and then cancel their membership.

With week-by-week releases, however, shows run the risk of losing audience as the series continues, said Ted Sarandos, Netflix’s chief content officer, at the third-quarter analyst meeting. “We have a remarkable complete rate, and that’s one of the metrics we talk about when we talk about success.”

Netflix doesn’t advertise in its streams so real-time buzz is less of a driver, but media hype such as the Emmys have caused a bump in viewership.

While it’s no threat to cable, Netflix does encroach on Hollywood territory with its approach to production. Not only is Netflix outbidding HBO for content, but the creative control Netflix gives content creators has been a deciding factor in pitches, Sarandos said.

“I would guess that on most major projects, we are the first if not the second stop for these content creators,” Sarandos said. “Because they’re mostly, incredibly enthused about the idea of how we make and release the content and how we support it once it’s live. So far, it’s been incredibly door-opening.”

By starting out with high-quality shows like “House of Cards,” Netflix has positioned itself well to attract talent for future original productions, which it plans to double spending in in 2014.

Rather than working with pilots, Netflix forks over $1 million per episode for full seasons. That’s a big financial risk. The company’s efforts into original programming are still fairly new, and it’s almost certain some series could be flops.

Amazon has a decidedly different strategy. Amazon Studios started out as an “anti-Hollywood” initiative to solicit writers and content creators to submit ideas and have viewers decide what to produce.

Eventually, Amazon realized that it needed to rein in the process, and opted to test pilots and work with name-brand talent before committing to anything bigger to lessen the risk. Amazon uses a more traditional release model by sticking to a schedule, and its production value falls somewhere between YouTube creators like MakerStudios and cable-grade Netflix originals.

More importantly, the main objective of Amazon’s originals is nothing like the other content providers—Amazon is an online retailer first, and wants to use the shows to sell more products. The company’s focus is currently on building its Prime membership, which costs $79 annually. These members spend about three times more than other users, according to analysts, and Amazon claims that original programming has added to membership numbers. Amazon, like Netflix, does not release viewership statistics.

But while this seems like a side project for Amazon, it’s disruptive in that it’s Jeff Bezos-backed, which means making a profit is not a main goal.

“Ultimately, any established player should be concerned when Amazon decides to enter your market, invest heavily to take away market share, with no accountability for traditional measures of profitability, while Wall Street continues to reward them on their long-term strategy,” entrepreneur Steve Felter told CNET.

“Alpha House” executive producer Jonathan Alter said that since Netflix has won Emmys for “House of Cards,” it is Amazon’s unofficial stance to do so as well.

Amazon also recently announced its first drama pilot, although it’s unclear how much it would invest in original content, and whether it would outbid Netflix. In the end, Amazon wants to attract users who shop online frequently.

Both companies have very long-term views. Hastings has hinted Netflix would eventually grow to have 70 or 80 percent of its viewership outside of the United States, and has had success in partnering with cable channels in European countries, according to Broughton.

Likewise, Amazon has no reason not to do so.