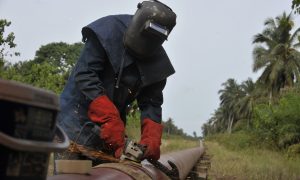 How Plummeting Prices Are Spurring Reform in Oil Producing Countries
0 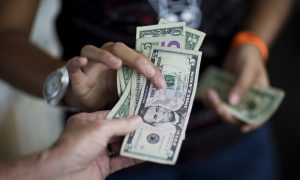 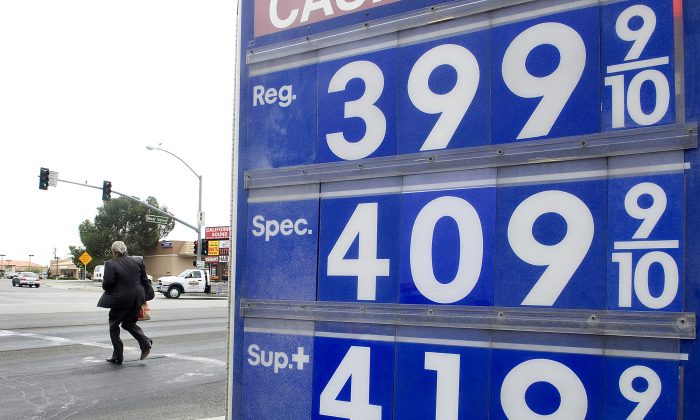 No one paid as much as Californians for gas this year, which is the bad news. The good news is that it’s the first time that’s ever happened, and also, the average price was $3.16 per gallon, still pretty cheap. (James Quigg/The Victor Valley Daily Press via AP)
Business

How Much Money You Just Saved on Gas in 2015

NEW YORK—U.S. drivers saved a bunch of money on gasoline this past year, as Saudi Arabia and other OPEC members kept the pumps going in the face of low oil prices. Massive stockpiles of crude globally turned 2015 into the year of the pain-free fill up. More of the same is expected for 2016 as oil prices remain low. Here’s a quick breakdown of the numbers, courtesy of the AAA.

One for the Oil Man, Two for Me

Americans saved a collective $115 billion plus this year on trips to the gas station. The average licensed driver pocketed more than $550, enough to cover a lease payment or two. The average price for a gallon of gas never broke $3 in 2015, and it dipped below $2 in December, the first time that’s happened since the Great Recession in 2009.

How About a New Year’s Roadtrip?

You’ll likely be paying less on average this New Year’s Day than on the past seven. The national average price for a gallon of gas is $2, the lowest since 2008. But you’d likely pay less. About 71 percent of gas stations are selling gas for less than $2 per gallon, and 16,000 stations are charging less than $1.75. But you’ll pay up if you drive to California, Nevada, Washington, Alaska—or rent a car in Hawaii. Those are the five states where gas costs $2.47 or more.

No one paid as much as Californians for gas, the first time that’s ever happened. The culprit: unplanned maintenance at some major refineries. Still, the average price in the state of $3.16 per gallon was cheap compared with $3.79 in 2014. On the opposite end of the spectrum and the country, the Southeastern U.S. is rolling in gas savings. For the fourth year in a row, South Carolina was the lowest countrywide, at an average of $2.10 per gallon. Other states where the savings were grand included Mississippi, Alabama, Tennessee, and Louisiana.

AAA estimates that the annual average price of gas in 2016 will be between $2.25 and $2.45 per gallon, which would be cheaper or at least comparable to the 2015 average of $2.40 per gallon. Some industry analysts believe that cutbacks by U.S. producers will trim the huge surplus in oil, and gasoline prices will rise as a result. But remember, oil is priced globally and with sanctions being eased, Iran could add to the glut and further pressure prices. During a two-day conference in November, some 50 major oil, gas and petrochemical projects were introduced in Tehran. That, for anyone who buys gas, points to a buyer’s market in 2016.