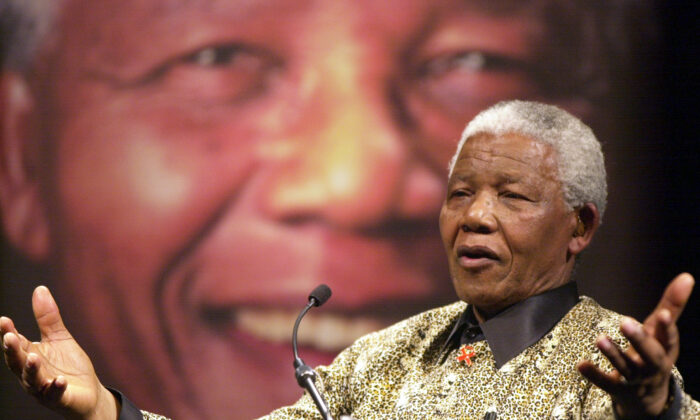 The death of South Africa’s last president before the end of the apartheid era gives reason to pause and reflect on the historic transfer of power from Frederick Willem de Klerk to Nelson Mandela 27 years ago.

At the time, mainstream media outlets worldwide described the end of apartheid as a “miracle” and hailed the birth of the “Rainbow Nation.” American journalists saw Mandela’s inauguration as the triumph of liberal democracy, while the media viewed 1990 as the year liberals defeated the twin evils of Soviet Communism and apartheid.

But the truth is—whether by incompetence or design—the mainstream media have consistently gotten the story of South Africa wrong.

Over the past six years, American conservatives have seen how the majority of the media prioritised progressive or left-leaning causes while demonising the Right.

Many may not realise that the same misreporting has been carried out on South African politics for decades. As a result, what the West understands about the apartheid era, segregation, and post-apartheid politics, is nothing more than a skewed, unbalanced, and manufactured narrative.

From the outset, media outlets were opposed to conservative politicians and governments in South Africa, such as the National Party (NP).

At the same time, there was a preference for positive reporting on “liberation movements” in developing countries and decolonisation.

Consequently, the communist-aligned African National Congress (ANC) and Mandela became media darlings for left-liberal journalists. A standard narrative created by these journalists was of the white, racist “villains” exploiting and repressing black victims.

Indeed, during the decades-long struggle between the NP and ANC, audiences in the West only heard positive reports on one side of the struggle—similar to how mainstream media today have portrayed the red-blue political landscape in the United States.

So unpacking how these media companies misreported the transition from De Klerk to Mandela is illuminating.

First, De Klerk’s decision to release Mandela from jail was no “miracle.” It only appeared to be a miracle to mainstream media journalists because they had consistently chosen to misunderstand (and misreport) apartheid for decades.

One of the main issues is the genuine difficulty—and reluctance—left-leaning journalists had with coming to grips with the governing NP’s motivations.

As a result, they ended up constructing a narrative that de Klerk seemed to miraculously “see the light” and recognise the evil of apartheid.

But in reality, de Klerk was a pragmatic and strategic politician.

He did not have a “road to Damascus” moment. Instead, the Fall of the Berlin Wall in November 1989 triggered de Klerk’s famous February 1990 announcement that saw Mandela freed from prison, the ANC unbanned from the country, and negotiations around a new constitution begin.

De Klerk persuaded the NP that a collapsed Soviet bloc represented a unique opportunity to negotiate the constitution because the communist regime’s demise severely weakened the ANC.

However, the “miracle discourse” gained traction because media outlets had failed to inform the West that the ANC was one of a cluster of Soviet-aligned “liberation movements” worldwide in close collaboration during the Cold War.

For de Klerk, the Fall of the Berlin Wall represented an opportunity to end 30 years of (Soviet-funded) guerrilla and terrorist wars that had raged across Southern Africa. These conflicts had even escalated into a conventional war in Angola where South African forces engaged in some of the biggest tank battles in history against Cuban, Angolan, Soviet, and East German forces.

Meanwhile, the Soviet collapse saw the flow of funds and weapons to the ANC and South African Communist Party (SACP) dry up. Hence, de Klerk concluded that this was the moment to defeat its long-standing opponents.

Events would turn against de Klerk, however, and so prove him wrong.

The mainstream media completely missed his motivations and reasoning. Decades of misreporting and a misunderstanding of the complex issues in South Africa saw journalists fail to comprehend the NP’s debates about transitioning apartheid into a consociationalism model of governance, which would see each ethnic group in the country elect its own representatives, who would then govern together as a central authority (loosely modelled on the Swiss system).

The ANC, however, was keen on a system where all citizens would vote for a single government to control the entire country (like most democracies). However, the NP rejected this model because elections on the continent had seen much voting occur along racial-ethnic lines.

In fact, during the four-year-long negotiations, ethnic minority groups like the Indians, Africans (like Mangosuthu Buthelezi), and leaders of mixed-race communities supported the NP power-sharing model.

In the beginning, negotiations were going in the NP’s favour. However, the ANC would soon unleash the “Leipzig option,” which would see rolling mass protests and violence to destabilise talks.

Further, journalists seeing these issues through narrative-tinted glasses—revolving around pro-decolonisation—would conveniently lend a hand to the ANC’s efforts to undermine de Klerk’s vision.

The ANC’s Soviet links were neglected in media reports, and the entire Cold War and communist dimension to the South African struggle was ignored.

Mandela would be portrayed as an individual striving for liberation and democracy, while his role in establishing Umkonto, the ANC’s guerrilla-terrorist military wing, was downplayed or omitted.

Subsequently, the world—and Hollywood—believed that Mandela’s time in prison was due to his political views, whereas he was imprisoned for terrorism.

The result was the eventual victory for the ANC in seeing its vision entrenched in the new constitution and the steady decline of South Africa to begin.

This has meant that today’s world still has little understanding of what apartheid was about and the reasons behind the country’s conflicts.

Americans and English-speaking audiences were told that apartheid was all about white racism and segregation.

But the reality, according to former Republican Secretary of State for African Affairs Chester Crocker, was that the American mainstream media “simplified South Africa’s trauma into a series of emotive civil rights soundbites.”