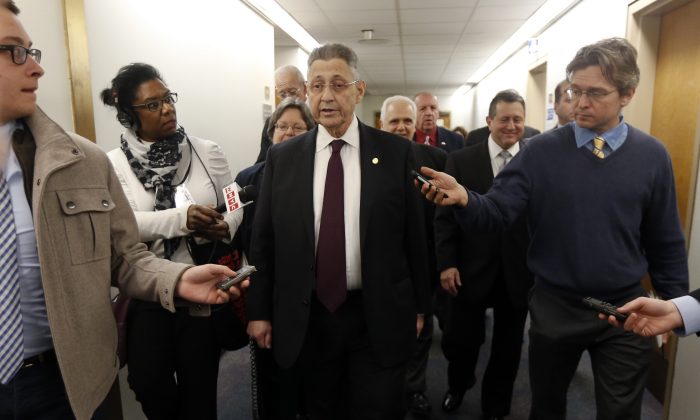 How Might Sheldon Silver’s Legal Team Defend Him? And Other Insights From Former Federal Prosecutor

With news on Monday of shamed New York State Assembly Speaker Sheldon Silver ceding his official duties, it’s a matter of time before Silver has to defend himself in court.

Silver has said he is confident he will be “vindicated on the charges.” But how would Silver’s legal team begin to defend him?

Jennifer Rodgers is a former prosecutor at the federal attorney’s office for the Southern District of New York—the authorities who investigated and charged Silver. She said it’s likely the defense will attack the cooperating witnesses’ testimony. The criminal complaint does not name the witnesses, but mentions that they were part of the investigation.

With regards to the corruption charges, the defense may also attack the “quid pro quo” aspect of Silver’s dealings—meaning the prosecution’s claim that there was a direct relationship between the money Silver received and the deeds he performed in exchange.

According to Rodgers, “you have evidence that Silver gave money to the doctor’s research center, and the doctor referred patients to the law firm Silver was working for.” But despite what looks like a direct relationship, Rodgers cautioned there might not be enough evidence to prove the connection.

The criminal complaint’s mention of the Moreland Commission and Silver’s deal with Governor Andrew Cuomo to shut it down raised questions about whether or not Cuomo had knowledge of Silver’s misdeeds.

The commission was established by the governor in 2013 to investigate corruption within state government and election campaigns, but Cuomo ended its run earlier than the proposed 18-month tenure as part of budget negotiations.

Rodgers said the inclusion of details about Silver’s active role in ending the commission is likely evidence of Silver’s “consciousness of guilt,” or Silver’s realization of his wrongdoing. “When someone was poking around, he tried to stop it,” Rodgers said. “Silver didn’t want the wrongdoing to be exposed.”

But to ultimately curb corruption, the state legislature needs to pass laws that require more disclosure and restrictions about the money lawmakers make outside of their public duties, said Rodgers, who is now executive director at the Center for the Advancement of Public Integrity at the Columbia Law School.

According to the complaint, Silver disclosed that he earned money by providing legal counsel for the law firm, Weitz & Luxenberg, but did not in fact do any legal work.

Rodgers said lawmakers would be deterred from wrongdoing if they were required to give specific information about their outside pay and clients. This was a major subject of investigation during the Moreland Commission. “For example, if he’s working for a client with something pending before the legislature, then that’s a conflict of interest. But you wouldn’t know,” she said, because there currently are lax requirements for naming clients.

“They haven’t passed laws to restrict themselves,” Rodgers said. “That’s the problem.”