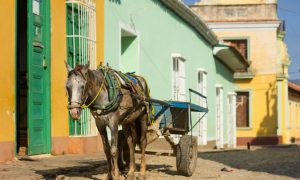 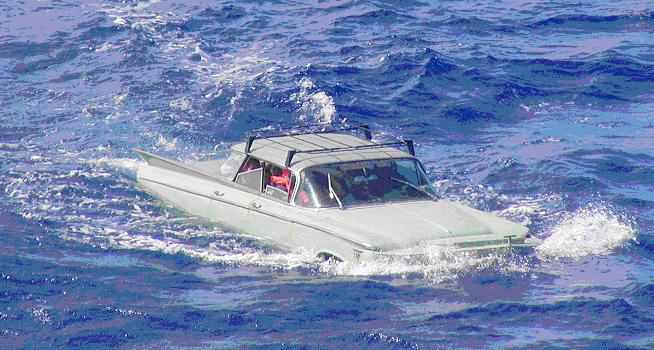 How Long Will America’s Special Rules for Cuban Immigrants Last?

Two months after President Barack Obama announced thawing of relations with Cuba, the United States has yet to make a decision on its generous Cold War-era immigration policy that Cubans coming to the United States enjoy.

The policy is raising concerns as Cubans seem to be hurrying to take advantage of it before it’s gone.

Cubans who manage to step on American soil receive “uniquely favorable treatment,” as a report by the Migration Policy Institute (MPI) puts it.

Cubans arriving in the United States, illegally or on a tourist visa, can ask for a permanent residency after a year.

The policy is “based on a presumption that all Cuban emigrants are political refugees in need of protection,” the MPI report states.

But the report also acknowledges the policy “may need revision now that a détente is at hand.”

Obama’s appeasement eases the economic embargo that has been imposed on Cuba since the communists took power back in 1959. Obama also plans on establishing mutual embassies between the two countries, new communication lines, and fewer travel restrictions.

On Friday, Cuban and U.S. representatives met for another round of talks and reported that progress was made, though they offered few specifics.

From Water to Land

The tide has already begun to change on Cuban immigration.

In 2013 Cuba lifted most restrictions on travel. Prior to that, a Cuban going abroad had to get an exit permit and an invitation letter from the destination country. Now Cubans only need a passport and a visa, except for some skilled workers who are still blocked from leaving.

“As visa issuance to Cuban nationals increases, will a growing number of Cubans overstay their visas in order to obtain green cards?” the MPI report asks.

The United States once had an extremely open border policy with Cuba after Castro’s regime took over. Even Cubans caught in the Straits of Florida before entering the U.S. were allowed in.

But as Castro opened Cuban ports, which encouraged tens of thousands to make the dangerous sail, Washington shifted to the current “wet-foot, dry-foot” policy. This means only those who make it to American soil can stay.

In the mid-1990s, in exchange for Cuba’s not encouraging people to swim over, the United States agreed to repatriate people caught on water. Washington also agreed to allow at least 20,000 Cuban immigrants into the United States every year, in addition to the immediate relatives of U.S. citizens.

All of this puts Cubans in a very special position.

No other nationality is given a blanket right to green-card eligibility.
— Migration Policy Institute

“No other nationality is given a blanket right to green-card eligibility, no other country has a floor below which visas may not fall, and no other group of immigrants is guaranteed admission to the United States if they appear at or between ports of entry,” MPI states. “In effect, Cuban nationals are exempt from deportation and immigration enforcement policies affecting all other noncitizens.”

“Current immigration policy and law concerning Cuba will remain for the time being. It is important, however, to stress that this new policy and this new approach should not in any way encourage future illegal immigration,” he told NBC’s Andrea Mitchell in December.

Yet the easing relations are already encouraging Cubans to try their luck. The U.S. Coast Guard caught almost 500 Cuban “boat people” in December—more than double the number in December a year before.

“The Coast Guard is aggressively maintaining a presence in the region and discourages these dangerous and deadly voyages,” the agency’s release stated.