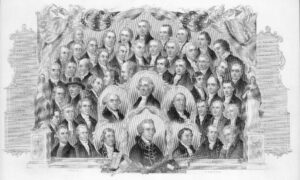 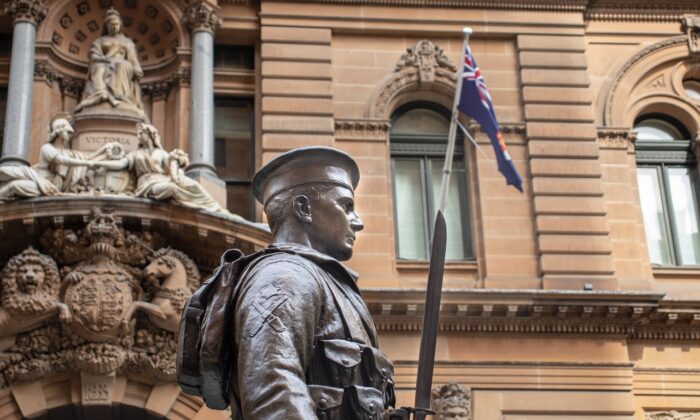 How Liberty Can Help Australians Overcome These Four Challenges

Keen observers have identified a desire to comply with government dictates as a salient characteristic of your average Australian.

Rather than questioning the merit of these dictates, Australians often uncritically accept government decisions with the compliant attitude of Australians noted by astute commentators, especially during this COVID-19 pandemic.

In this context, this attitude involves the unchallenged acceptance of all explanations given by government chief medical officers, whose advice is then slavishly imposed on people by our political class. When the lockdowns are lifted, sometimes a few hours earlier than previously announced, politicians may even smile triumphantly as if they are the guardian angels who have done it again for their flock.

These days, when I unwisely decide to watch the news on television, I am confronted with the sanctimonious pronouncements of these chief medical officers of the Commonwealth and the states regarding the COVID-19 pandemic.

A few weeks ago, the Queensland chief medical officer indicated—or let me paraphrase—she “mandated” that frontline nurses who have not been vaccinated should not be allowed to look after pandemic victims.

It is the word “mandated” that I focus on here. I am sure that medical officers have certain statutory duties, but making a binding and enforceable decisions surely is not among, as that prerogative lies with the legislature or executive arms of government.

But, in pandemic times, we seem to be ruled by medical bureaucrats, whose decisions are rubberstamped by impotent governments that chip away at our freedoms and forfeit our most precious rights.

For example, the indication given in the recent Federal Budget 2021-2022 that Australia’s international border may be closed until the middle of next year is both disturbing and distressing.

Hence, the first challenge is to mitigate the adverse effects of complacency and conformity. There is, as such, nothing wrong with conformity—I am in favour of law and order—but we need a critical press willing to question government decisions vigorously and to consider alternatives to the government’s narrative.

I am reminded of American philosopher David Henry Thoreau’s monumental essay “On the Duty of Civil Disobedience,” in which he stated:

One of the hideous things to come out of the COVID-19 pandemic is the elevation and imposition of conformist behaviour on Australian society.

This is achieved by politicians and policymakers, whose decisions have violated our rights and caused some parts of our community to live in difficult conditions.

If our freedoms are irretrievably affected by the imposition of conformist behaviour, we should not blame the government. Instead, we should blame ourselves for disregarding an important moral imperative, namely that the price of freedom is eternal vigilance.

The second challenge is the formulation of a suitable response to the spectacular decline of faith, belief in God, and the practice of religion in Australian society.

This decline has resulted in the establishment of a secular state where any mention of God, even in the public forum, is seen as an ignorant and unwarranted expression of freedom of religion, and possibly, depending on the circumstances, as an egregious violation of the anti-discrimination principle.

It is also associated with the belief that a corresponding increase in the power of science will solve peoples’ ills and societal problems.

This is deplorable because whenever science solves a problem, it points to the existence of other problems, or it discovers other mysteries which it cannot solve itself. There will always be room for faith. God is not dead!

The third challenge relates to the oppressive power of the political correctness movement, which is destroying our cultural and linguistic heritage and impedes the spontaneous development of our means of communication. This movement is the most illiberal of our time, and yet, it is embraced by some political leaders.

When I read stories about the government of Victoria directing schools to discourage the use of “mum” and “dad” to be inclusive, my heart starts racing.

The explosion in the size of the welfare state, as evidenced by the recent Budget, is the fourth challenge. The welfare state is responsible for making people dependent on the state, so there is no longer any need to think for yourself because the all-powerful government will think for you.

One should bear caution when a premier or the prime minister tells you on television that, “We are here to help.”

A friend recently asked me innocently, “What is wrong with socialism?” He passionately defended free education, free medicare, free childcare, free aged care, free everything as if these are inalienable rights people are entitled to being a human being.

In creating this form of a social welfare state, as opposed to a safety net for genuinely needy people, the state has been able to subjugate its citizens, make them less responsible and less willing to think for themselves. People look to the government to solve all their problems.

In a welfare state, people are no longer able to distinguish between a “privilege” and a “right.”

If a privilege is taken away, people baulk as if it were the functional equivalent of a right. Conceptually, these ideas are clearly different, but people, in general, are no longer able to distinguish between them. Consequently, a culture of dependence on government is being cultivated and promoted.

The only solution is to remain eternally vigilant and to expose the excesses of our politicians, policymakers, and trendsetters through the exercise of free speech—which risks being curtailed by horrendous COVID-19-related restrictions.

As Adlai Stevenson—former U.S. governor of Illinois and Democrat presidential nominee—reminded us long ago, “My definition of a free society is a society where it is safe to be unpopular.”

I would add that a free society is a society where people are allowed, even encouraged, to think for themselves.

Are Australians up to the task? I certainly hope so.

Gabriël A. Moens AM is an emeritus professor of law at The University of Queensland. He served as dean of law and pro vice-chancellor at Murdoch University. He is the author of short stories and a novel about the origins of the Covid-19 virus, “A Twisted Choice” (Boolarong Press, 2020).