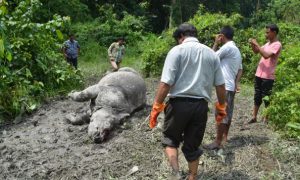 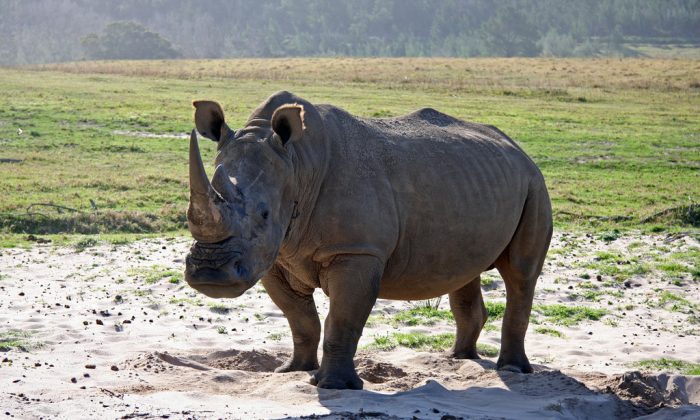 The decline of wildlife can cause hunger and unemployment and, consequently, fuel increased crime and political instability, report researchers.

In the nineteenth century, some scholars say the near-extinction of the American bison led to the near-collapse of midwestern Native American cultures. That other civilizations have been affected in similar ways demonstrates the deep interconnectedness of the health of a society and the health of its wildlife.

“These links are poorly recognized by many environmental leaders,” says Douglas McCauley, an assistant professor in the department of ecology, evolution, and marine biology at University of California, Santa Barbara.

He offers other examples of this correlation: “The population crash of cod caused the disintegration of centuries-old coastal communities in Canada and cost billions of dollars in relief aid. The collapse of fisheries in Somalia contributed to explosions in local and international maritime violence.”

“Impoverished families rely upon wildlife resources for their livelihoods,” he says. “We can’t apply economic models that prescribe increases in prices or reduced demand as supplies become scarce.

“Instead, more labor is required to capture scarce wild animals and fish, and children are a major source of cheap labor. Hundreds of thousands of impoverished families are selling their kids to work in harsh conditions.”

The paper, published in Science, connects the dots between the rise of piracy and maritime violence in Somalia to battles over fishing rights. What began as an effort to repel foreign vessels illegally trawling in Somali waters escalated into hijacking fishing and then nonfishing vessels for ransom.

The authors compare wildlife poaching to the drug trade, noting that huge profits from the trafficking of luxury wildlife goods such as elephant tusks and rhino horns have attracted guerilla groups and crime syndicates worldwide.

They point to the Lord’s Resistance Army, al-Shabab, and Boko Haram as groups known to use wildlife poaching to fund terrorist attacks.

McCauley and colleagues note that solving the problem of wildlife trafficking is every bit as complex as slowing drug trafficking and will require a multi-pronged approach.

“What we don’t want to do is simply start a war on poachers that copies methods being used without great success in our war on drugs,” says McCauley, who began this work as a postdoctoral researcher in Brashares’ lab.

The report stresses the hopefulness of addressing the problems of wildlife loss.

As potential models for an integrated approach, the researchers point to organizations and initiatives in the field of climate change, such as the Intergovernmental Panel on Climate Change and the United for Wildlife Collaboration. But, they note, multidisciplinary programs that address wildlife declines at local and regional levels must accompany those global efforts.

As examples, they cite local governments in Fiji and Namibia that head off social tension in their respective countries by granting exclusive rights to hunting and fishing grounds and by using management zones to reduce poaching and improve the livelihoods of local populations.

“This prescribed revisioning of why we should conserve wildlife helps make clearer what the stakes are in this game,” says McCauley. “Losses of wildlife essentially pull the rug out from underneath societies that depend on these resources.

“We are not just losing species; we are losing children, breaking apart communities, and fostering crime. This makes wildlife conservation a more important job than it ever has been.”