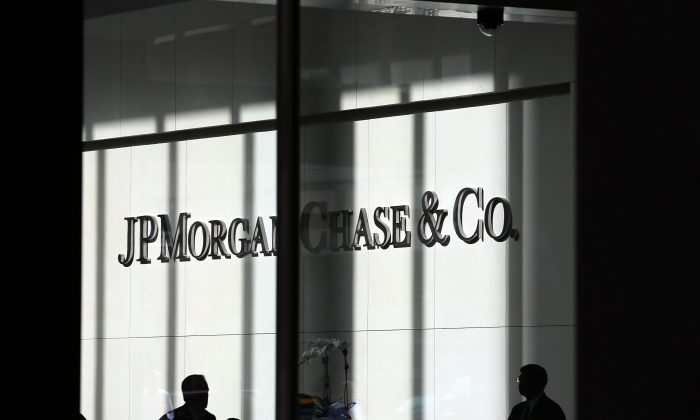 How JPMorgan Gamed the Electricity Market

JPMorgan recently settled with the Federal Energy Regulatory Commission (FERC) for $410 million in an investigation of alleged market manipulation. While the sum of the fines pales against the company’s revenues, the details of the manipulation are mind-boggling.

Commissioner Tony Clark, FERC’s newest member, stated in a press release that the case was a real “eye opener” and that market manipulation was being taken seriously.

“On balance, the settlement is in the best interest of the public. It offers substantial transparency in terms of describing the prohibited activity, so that other market participants can learn from this case.”

In the wake of the 2008 collapse of Bear Stearns, JPMorgan Ventures Energy Corporation (JPMVEC), a wholly-owned subsidiary of JPMorgan Chase and Co., acquired the rights to gas-fired power plants in California and Michigan. Built in the 1950’s and 60’s, these plants are much less efficient than newer ones and lose money when their output is sold at market prices.

The electricity market consists of FERC regulated agents called Independent System Operators, or ISO’s. They operate regional wholesale markets where suppliers and buyers submit their prices and offers for electricity. Suppliers submit two prices: one for minimum output and another for every additional megawatt-hour (MWh). Suppliers can charge up to twice their estimated costs. The prices operators charge for the electricity are submitted either the day before the electricity is delivered or in real time. An automated system then determines which suppliers fulfill the orders.

The system has various measures and regulations to protect suppliers and make the market more liquid. One of these measures guarantees payment for its minimum output  if it provides electricity the next day. Minimum output is the lowest level of production before the plant has to shut down and cease production entirely, a costly procedure.

Another is to “make-whole payments,” according to FERC documentation. If an ISO agrees to let a supplier sell electricity at say $100/MWh, but can only find a buyer at $70/MWh, the ISO will pay $30/MWh to cover the difference.

Because of fixed costs and physical limitations, ISOs are also required to respect minimum operating times and the time it takes to adjust production levels.

When the ISO software chooses a supplier to provide electricity, it factors in the price of minimum output and the price of each additional megawatt-hour to look for the lowest average cost per megawatt-hour. One type of price a supplier can submit is a “price-taker” bid. This means it agrees to sell electricity at whatever the market price is at the time. The ISO software treats these bids favorably by submitting them as large negative bids. This lowers the average cost per megawatt-hour of a plant so it will be chosen.

ISOs also allow suppliers to buy back their output, essentially paying another supplier to produce for them.

JPMVEC exploited flaws in these measures and regulations to receive payments for electricity at premium rates. The released settlement details the twelve strategies that JPMVEC used.

In one strategy, JPMVEC submitted price-taker bids the day before. After receiving the concession, JPMVEC bought back the electricity at market prices to break even, as its own plants would be loss making at market prices.

After making sure the production was covered at market rates, the plants then shifted to produce at minimum output. The plants had operating costs of $45/MWh so they could charge $90/MWh, according to the regulation of charging a maximum rate of double the cost. Because suppliers chosen the day before are guaranteed their minimum output price, JPMVEC received $90/MWh instead of the market rate of $30/MWh.

In another strategy, JPMVEC submitted prices of negative $30/MWh during the last hours of the day, effectively paying for providing electricity. After being chosen, JPMVEC then submitted prices of $999/MWh during the early hours of the next day. In order to respect minimum run times and the time it takes to change production levels, the ISO had to pay this rate. The market rate at the time was around $12/MWh.

JPMorgan will return $124 million to the California ISO and $1 million to the Midwest ISO, as well as waive any future payments from such strategies.