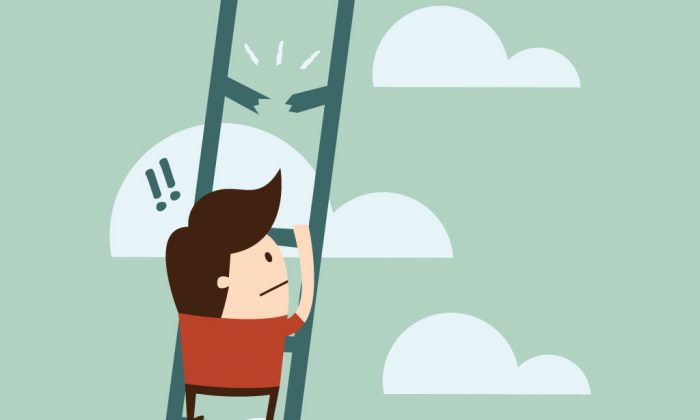 How Inflation Helps Keep the Rich Up and the Poor Down

The production of money in a free society is a matter of free association. Everybody from the miners to the owners of the mines, to the minters, and up to the customers who buy the minted coins — all benefit from the production of money. None of them violates the property rights of anybody else, because everybody is free to enter the mining and minting business, and nobody is obliged to buy the product.

Things are completely different once we turn to money production in interventionist regimes, which have prevailed in the West for the better part of the past 150 years. Here we need to mention in particular two institutional forms of monetary interventionism: (fraudulent) fractional reserve banking and fiat money. The common characteristic of both these institutions is that they violate the principle of free association. They enable the producers of paper money and of money titles to expand their production through the violation of other people’s property rights.

The producer of fiat money (in our days, typically, paper money) sells a product that cannot withstand the competition of free-market moneys such as gold and silver coins, and which the market participants only use because the use of all other moneys is severely restricted or even outlawed. The most eloquent illustration of this fact is that paper money in all countries has been protected through legal-tender laws. Paper money is inherently fiat money; it cannot thrive but when it is imposed by the state.

In both cases, the production of money is excessive because it is no longer constrained by the informed and voluntary association of the buying public. In a free market, paper money could not sustain the competition of the far superior metal moneys. The production of any quantity of paper money is therefore excessive by the standards of a free society. Similarly, fractional reserve banking produces excessive quantities of money substitutes, at any rate in those cases in which the customers are not informed that they are offered fractional-reserve bank deposits, rather than genuine money titles.

This excessive production of money and money titles is inflation by the Rothbardian definition, which we have adapted in the present study to the case of paper money. Inflation is an unjustifiable redistribution of income in favor of those who receive the new money and money titles first, and to the detriment of those who receive them last. In practice the redistribution always works out in favor of the fiat-money producers themselves (whom we misleadingly call central banks) and of their partners in the banking sector and at the stock exchange.

And of course inflation works out to the advantage of governments and their closest allies in the business world. Inflation is the vehicle through which these individuals and groups enrich themselves, unjustifiably, at the expense of the citizenry at large. If there is any truth to the socialist caricature of capitalism — an economic system that exploits the poor to the benefit of the rich — then this caricature holds true for a capitalist system strangulated by inflation.

The relentless influx of paper money makes the wealthy and powerful richer and more powerful than they would be if they depended exclusively on the voluntary support of their fellow citizens. And because it shields the political and economic establishment of the country from the competition emanating from the rest of society, inflation puts a brake on social mobility. The rich stay rich (longer) and the poor stay poor (longer) than they would in a free society.

The famous economist Josef Schumpeter once presented inflation as the harbinger of innovation. As he saw it, inflationary issues of banknotes would serve to finance upstart entrepreneurs who had great ideas but lacked capital. Now, even if we abstract from the questionable ethical character of this proposal, which boils down to subsidizing any self-appointed innovator at the involuntary expense of all other members of society, we must say that, in light of practical experience, Schumpeter’s scheme is wishful thinking. Credit expansion financed through printing money is in practice the very opposite of a way to combat the economic establishment. It is the preferred means of survival for an establishment that cannot, or can no longer, sustain the competition of its competitors.

It would not be uncharitable to characterize inflation as a large-scale rip-off, in favor of the politically well-connected few, and to the detriment of the politically destitute masses. It always goes in hand with the concentration of political power in the hands of those who are privileged to own a banking license and of those who control the production of the monopoly paper money. It promotes endless debts, puts society at the mercy of monetary authorities such as central banks, and to that extent entails moral corruption of society.

Jörg Guido Hülsmann is senior fellow of the Mises Institute and author of “Mises: The Last Knight of Liberalism” and “The Ethics of Money Production.” He teaches in France, at Université d’Angers. Republished from Ludwig von Mises Institute under Creative Commons License 3.0.

*Image of “broken ladder” via Shutterstock