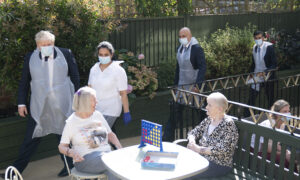 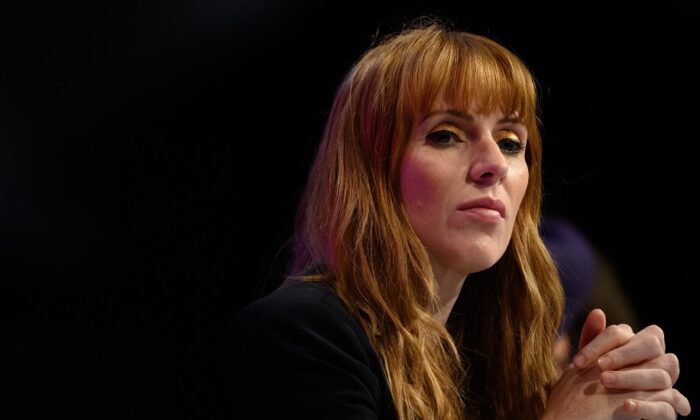 How Hatred in the Name of Equality Is Deemed Virtuous

It’s curious, and perhaps not coincidental, that those who search out and seek to punish so-called hate speech haven’t yet turned their attention to expressions of class hatred.

It’s curious because class hatred and its associated policy, economic egalitarianism, were probably responsible for as many deaths in the 20th century as racism, if not more.

I don’t want to make a precise calculation as to which was worse between class hatred or racism, because I recall what Dr. Samuel Johnson replied when asked who was the better poet, Samuel Derrick or Kit Smart.

“Sir,” Johnson said, “there is no settling the point of precedency between a louse and a flea.”

I don’t expect that the inquisitors of hate speech will call for class warriors to be banned from expressing themselves on social media or anywhere else anytime soon. Some hatreds, then, are deemed respectable, even praiseworthy, and the expression of them, even to the point of incitement, is considered to be the manifestation of a good or pure heart.

The deputy leader of Britain’s left-leaning Labour Party, Angela Rayner, recently said during a meeting, with regard to the governing Conservative Party: “We cannot get any worse than a bunch of scum, homophobic, racist, misogynistic, absolute vile … banana republic, vile, nasty, Etonian … piece of scum.”

Rayner later stated that she had held herself back a little.

We can’t get worse? I have no great regard for the antics of Prime Minister Boris Johnson, who seems unprincipled, inconstant, boastful, vainglorious, and incompetent in my view, but to say that we can’t get worse seems to demonstrate a pitiful ignorance of history that’s rather worrying in someone who might one day hold high office.

Weren’t Hitler, Stalin, or Pol Pot (to name only a few) just a little worse than Johnson? Even as an emotive insult, however, Rayner’s words seem to indicate not merely a lack of restraint, but also a worrying lack of command of the English language: For example, scum doesn’t come in pieces, although it does, almost by definition, rise to the top.

It’s the depth of hatred and resentment expressed in Rayner’s words that worries me and the evident absence of hesitation in giving vent to them.

Contrary to the hydrostatic view of emotions such as hatred, they tend to increase rather than decrease through venting. The view that if an emotion isn’t expressed openly it will do incalculable damage to a person is one of the “gifts” of psychoanalysis to the world.

As a prisoner who had just murdered his girlfriend once told me, “I had to kill her, doctor, or I don’t know what I would have done.”

Rayner was criticized for what she had said, but she defended herself by claiming that this was her habitual manner of speaking: as if she couldn’t conceive that she might do wrong, as if her only criterion of rightness was what she herself had done.

Although what she said was, in my opinion, horrible, I don’t think that she should be punished for having said it or prevented legally from ever saying anything similar again. Freedom of speech is freedom of speech, not gentility, decency, or even intelligence.

Her words were imbued with infinitely more hatred than those of, say, someone who merely points out that a transgender woman isn’t a real woman, for the latter, far from being an expression of hatred, is perfectly compatible with sympathy for such a person.

In a sense, it’s a prerequisite for such sympathy, insofar as it recognizes the inevitable psychological discomfort of anyone in such a position.

But it’s he or she who draws attention to an evident truth, rather than someone whose words seethe with insult and crude insensate loathing, who’s held to be guilty of hate speech—because hatred in the name of equality is regarded as generous, despite its record of mass murder rivaled only by racism.

Those who hate in the name of equality believe themselves to be, and are frequently believed to be, virtuous because they supposedly value justice.

But two things need to be pointed out. First, if equality is based on identity or even similarity of outcome, rather than equality before the law, then there could be no greater injustice than equality, at least if justice is the distribution of reward according to what one deserves.

Naturally, deserve is a complex and difficult concept, but real egalitarians wish to eliminate it completely in their desire that all should have prizes and the same prizes at that. However, if reward is disconnected entirely from deservingness, much, most, or all meaning in life is eviscerated, for the reward will be the same whatever you do. Why, then, even try?

Second, however, is the fact that while justice is desirable, it isn’t the only thing that’s desirable, and sometimes must yield place to considerations such as charity, kindness, and humanity.

An utter wastrel may well deserve to starve, considered in the abstract, because of his constant and repeated feckless behavior, but we shouldn’t let him starve because our humanity won’t allow it.

As Hamlet put it, “Use every man after his desert, and who shall ’scape whipping?”

Thus, the fact that inequality isn’t in itself unjust doesn’t dispose altogether of the question of how equal in outcome a society should be, even leaving aside the question of the loading of the dice in some people’s favor and against others and how far the dice may in practice be loaded fairly.

A society in which only a tiny proportion of the population deserves, by their efforts, to enjoy the better things in life is certainly conceivable, but we shouldn’t care to live in such a society, however just it may be. But the problem with modern redistributionism is that it’s founded much more upon hatred of the rich or fortunate than it is upon love of the poor or unfortunate.

Hatred is an incomparably stronger political emotion than love. In the worldview of redistributionists such as Rayner, it’s more blessed to take than to give, which is why taxation is an end in itself for them, irrespective of its effect upon the economy and society as a whole.

It also has the great advantage, from their point of view, of conferring great power on those who levy it, namely themselves. All power corrupts, but the desire for power corrupts even before it’s ever achieved.