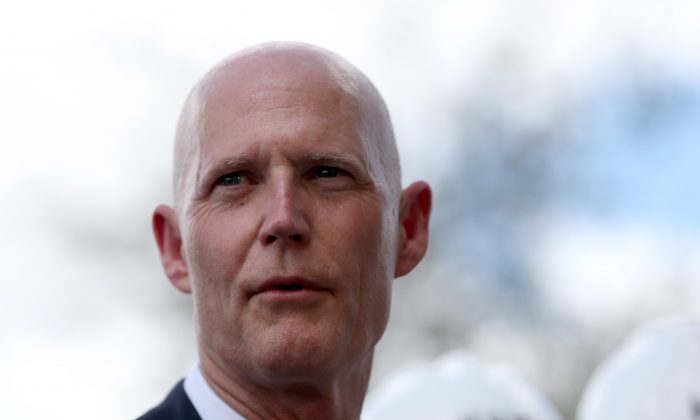 Gov. Rick Scott had a lot of good news to share with the Florida legislature at his State of the State address on Jan. 12. Considering what Florida’s economy looked like when Scott took office, this was surprising.

In 2011, when Scott was sworn in, Florida’s economy was in terrible shape. With over 900,000 jobs lost, an unemployment rate of 11.2 percent, $5.2 billion in debt added, and tens of billions of dollars lost in the all-important tourism industry, the economic outlook for Florida was not looking good.

Yet at this year’s State of the State address, Scott, a Republican, boasted that since the start of his administration just five years ago, Florida has created over 1 million jobs, passing Texas in job creation. In fact, the state is welcoming nearly 1,000 new people per day and has passed New York in population.

So What Is the Model Set by Florida?

It’s simple: Get government out of the way, and unleash prosperity. Since 2011, Florida has created over 1 million jobs in five years, unemployment has been reduced to 5 percent, tourism is stronger than ever (setting records four years in a row), and Florida’s GDP (gross domestic product) is at 2.7 percent growth, which is outperforming the national GDP, which is at 2.2 percent.

With all of these factors at play, the Sunshine State is seeing tremendous improvement and results. Scott, through a “Reaganesque” optimism in the free market, has created an incredible economic comeback for Florida—which other states would be wise to replicate.