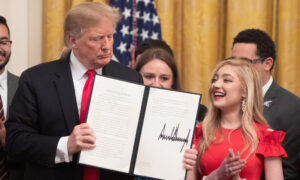 ‘How [Else] He Gonna Get His Money?’ Relatives Outraged After Homeowner Fatally Shoots Burglary Suspect

A Miami woman found out she was being burglarized, so she rushed home and spotted a teenager climbing out of her house.

After an altercation, she shot him dead.

The 54-year-old woman, identified by Local10 as Gwendolyn Jennette, told Miami-Dade police that she was away from home when the break-in occurred, but was alerted by her surveillance system to an intruder.

She rushed home and saw 17-year-old Trevon Johnson climbing out of a window at the back of the house.

A confrontation took place, prompting her to fire on Johnson. He was pronounced dead at the hospital.

Johnson’s relatives were left outraged over what they see as a senseless death.

“What’s wrong with her?” Johnson’s sister Nisha Johnson asked. “She did not have to shoot him.”

Johnson told CBS that her brother was a student at D.A. Dorsey Technical College, while his cousin Nautika Harris said he was only trying to get money for clothes and other necessities.

“I don’t care if she have her gun license or any of that. That is way beyond the law … way beyond. He was not supposed to die like this. He had a future ahead of him. Trevon had goals … he was a funny guy, very big on education, loved learning.,” Harris said.

But police are siding with the homeowner thus far, noting she was protecting her property.

“She’s very cooperative, she’s been talking to our detectives, she’s gathering all the information,” police detective Dan Ferrin told WSVN. “You have to remember, she’s 54 years of age, OK? She’s a person that obviously is a little distraught because this is her home that someone obviously was in.”