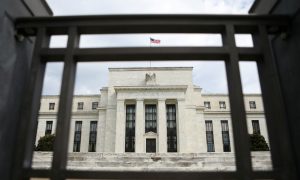 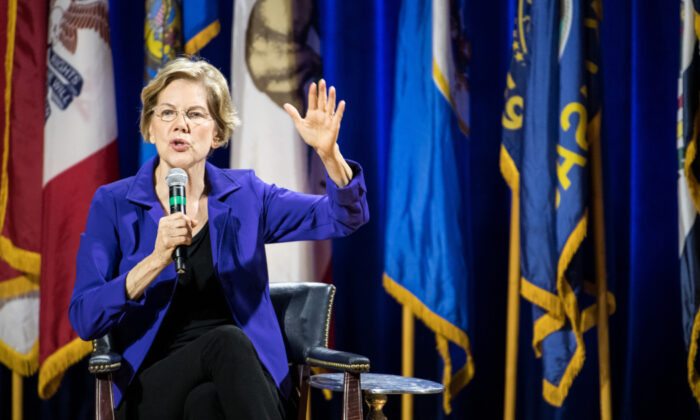 A new report from the progressive economic organization Groundwork Collaborative shows that U.S. poverty figures have been undercounted by 3 million due to “inflation inequality,” which occurs when prices rise higher for those on the bottom of the income distribution than they do for everyone else.

It appears that much of the blame lies on the inflation created by America’s central bank—the powerful, nontransparent Federal Reserve. This isn’t news to many in the White House, especially acting Chief of Staff and Office of Management and Budget (OMB) Director Mick Mulvaney, who, while in Congress, frequently pointed out how the Fed’s policy of constant inflation is a devastating, hidden tax on working-class Americans.

Although he sometimes advocates for the wrong monetary policy solutions, President Donald Trump recognizes the Fed for what it is—a bureaucratic disaster. And yet, for all the rhetoric Sen. Elizabeth Warren (D-Mass.) espouses on income inequality, the Democratic presidential candidate is currently advocating for emboldening this very institution that stymies the aspirations of the working class.

Warren recently released the Payment Modernization Act, which would make the Fed create a real-time payments system. She claims that she introduced the legislation to stick up for the little guy—to stop delays in bank payment-processing times so consumers who need to pay for childcare and groceries can avoid delays that lead to the use of payday lenders.

But in actuality, there’s no need for Fed action, which will likely cost close to $1 billion and delay thousands of left-behind Americans’ real-time connectivity until at least 2023. Plenty of private sector real-time clearing services already connect the majority of the public without relying on new bureaucratic spending.

Warren’s repeated push for an emboldened Fed may not help working Americans much, but it does offer a tremendous boon to Wall Street.

Well-heeled financiers don’t particularly like the existing private-sector options, due to these services’ full commitment to offering flat pricing, a pledge that ensures Wall Street banks don’t receive special discounted pricing to connect in real-time. This policy paves the way for all Americans—not just those in the big financial centers—to utilize real-time payments. It guarantees that the service remains affordable and accessible to all banks, regardless of size or location—maximizing connectivity while preventing costs from shuffling onto the less well-to-do.

But Warren’s policies would unravel that status-quo, inevitably bolstering big banks while leaving Main Street with the billion-dollar bill. This is hardly surprising, given the presidential hopeful’s history of shielding the Fed from any scrutiny or accountability.

Warren consistently votes against Sen. Rand Paul’s (R-Ky.) Audit the Fed legislation, despite knowing that the last audit uncovered the Fed’s provision of more than $3 trillion in corporate welfare to big banks and corporations. Unfortunately, Warren may see her pro-Fed policies implemented without her having to lift a finger. The Fed is actively trying to pursue a real-time payments system without Congress’s say-so.

Fortunately, the White House doesn’t have to sit idly by. The Regulatory and Planning Review executive order of 1993 requires OMB’s Office of Information and Regulatory Affairs, now headed by Russ Vought, to review all significant regulatory actions before they take effect. The Fed’s real-time payments system is certainly significant, yet moves forward without the OMB completing the cost-benefit analysis required of such rule-making.

If the Fed continues to move on this disastrous policy, the White House must act and demand a proper regulatory process. And if the issue gets punted to Congress, lawmakers must stand firmly against Warren’s disastrous ideas. U.S. leadership can’t let a new, stealth bank bailout become the law of the land. Working Americans suffer enough, and deserve an affordable payments system.

David Williams is the president of the Taxpayers Protection Alliance.