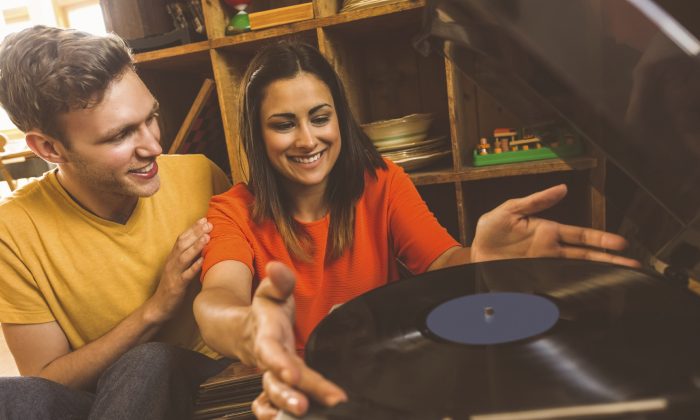 Remember those big black disks with holes in the middle that used to be played on “turntables?”

They’re not actually ancient history. This past year, worshipers at what novelist Michael Chabon calls “the Church of Vinyl” bought 9.2 million records. And though vinyl sales make up only two percent of record industry revenues, they’re up by more than 250 percent since 2009.

Meanwhile, the slew of new independent bookstores is a testament to how print books have proved remarkably resilient in the face of competition from e-books: Purchases of paper books are rising, while sales figures for digital next-generation formats are leveling off.

And once shunned in favor of timepieces powered by quartz crystals, mechanical watches have made a remarkable comeback. Despite the need for winding, the prospect of expensive repairs and even a slightly less accurate assessment of the time, mechanical timepieces have attracted a new generation of buyers, many of whom never previously owned a watch dependent on a mainspring.

Even old-fashioned board games and role-playing games are experiencing a renaissance. Everyone thought video games would curb interest in paper cards, dice and fold-out boards. Instead, not only have older games like Dungeons & Dragons maintained their popularity, but artists working for companies like Fantasy Flight Games are also designing remarkably innovative new forms, with blockbuster hits like Pandemic Legacy, Blood Rage and Dixit.

But it would be wrong to completely characterize the rebirth of the old as a rejection of the new. In fact, without recent advances in digital technology, this retro revival might not even be happening in the first place.

The Mechanical Strikes Back

While the complex gears of mechanical watches might be an engineering retort to the bling of the bejeweled bezel, there are a number of additional explanations for the retro revival that’s taking place.

In part, it’s a component of a larger design trend that includes retro-inspired interior decoration, cars and wine labels. There’s even retro erotica, with the works of legendary pin-up girl artists Gil Elvgren and Alberto Vargas inspiring a new generation of models and artists.

As consumers look for ways to highlight their connoisseurship and distinguish themselves from mainstream products, many have turned to buying retro products made by simple manufacturing. This rejection of mass production echoes the craft revival of the late-19th century. For example, in response to the rise of industrial book presses, artists printed volumes in limited numbers using a letter press, handcrafted binding and traditional inks and paper.

But we shouldn’t completely separate the return of retro from the new.

In a way, the two are not substitutes, but complements. For instance, many new board games are funded through the Internet-based crowd-sourcing venture Kickstarter, which links designers with small investors. The web has allowed the board game community’s innovative designs to be realized as board, paper and dice. And you can be sure that digital design tools and Internet marketing are key components of the game designers’ business models.

The same goes for books. Sure, paper books have been challenged by the rise of e-books. But book production has also adapted, becoming more efficient with indexing software, digital production platforms for editing texts and new forms of mass printing.

Consider Restless Books. The Brooklyn-based (where else?) publishing start-up seeks to bring translations of new and classic works from other languages to English-speaking audiences. In the beginning, Restless Books exclusively published e-books, but sales stagnated. When it switched to old-fashioned paper and ink, its business soared. While it couldn’t function without digital production methods, its customers clearly wanted analog output.

Most people probably think of digital technology as a radically transformative phenomenon that has swept away the past, in the same way the automobile destroyed the buggy-whip industry, or the printing press superseded the illuminated manuscript.

But the “enabling” aspects of digital technologies are equally worth celebrating. To be sure, computers and the rise of the Internet have decimated many old products and ways of doing business.

At the same time, they’ve facilitated the quirky and old-fashioned, allowing for the development of niche markets in specialized products. As in the world of architecture, a layered landscape with the new rubbing shoulders with the old is far more appealing than one where innovation has wiped away any semblance of the past.

And it’s comforting to know that while your new board game will ultimately wear out, it won’t monitor your pulse, track your whereabouts or take your phone calls.