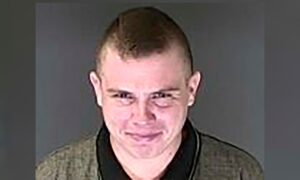 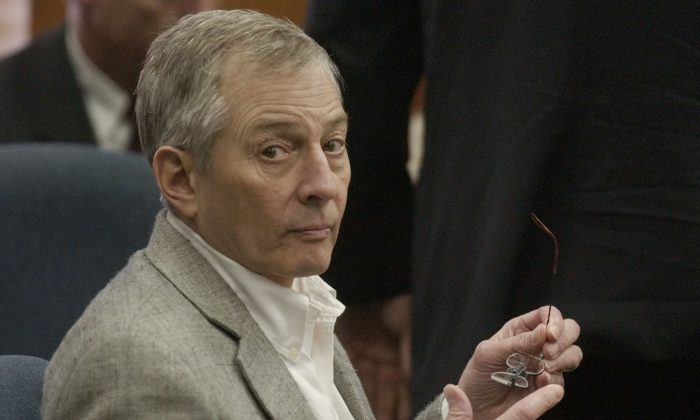 Robert Durst looks around the courtroom during his 2003 murder trial, in Galveston, Texas. (Pat Sullivan/AP Photo)
Crime and Incidents

How Did Robert Durst Get Away With Murder in Texas Over 10 Years Ago?

Robert Durst, the real estate heir who was extradited to Los Angeles Monday for the 2000 murder of his close friend, writer Susan Berman, was acquitted in another murder case over a decade ago—the killing of his neighbor in Texas.

The mystery surrounding Durst’s involvement in Berman’s death, as well as the disappearance of his first wife Kathleen Durst, has received renewed attention following the release of a six-part HBO documentary about Durst’s life, called “The Jinx: The Life and Deaths of Robert Durst.”

On Saturday, Durst was arrested at a New Orleans hotel he had booked into under an alias. The following day, on the final installment of “The Jinx,” Durst was caught on microphone in an unguarded moment following a sit-down interview, murmuring to himself, “What the hell did I do? Killed them all, of course.”

Prosecutors had considered Durst, 71, a prime suspect in 1982 when his wife disappeared from their country home in Westchester County, but failed to bring charges against him.

In 2000, Berman was found murdered in her Los Angeles home with an execution-style gunshot to the head. Prosecutors investigated Durst, but again, could not tie him to the murder.

On Monday, the Los Angeles Police Department seemed to have finally cracked the case. The police said in a statement Monday, “As a result of investigative leads and additional evidence that has come to light in the past year, investigators have identified Robert Durst as the person responsible for Ms. Berman’s death.”

This wasn’t Durst’s first brush with murder. Not long after Berman’s death, in September 2001, Durst confessed to killing his neighbor, Morris Black, dismembering him, putting his body parts into garbage bags, and then dumping them into Galveston Bay in Texas.

But the jury acquitted him following a trial in 2003. His defense lawyers successfully convinced them that Durst had shot Black in self-defense after the two struggled over a gun.

The lawyers—one of whom will represent Durst again in the Los Angeles case—said that Durst and Black were initially close friends, but Durst broke off the friendship after Black began to behave erratically, according to a report by CNN during the trial.

The lawyers further explained that Black snuck into Durst’s apartment and took his pistol, leading to their struggle over the weapon. Durst butchered up his neighbor in a state of panic.

Jurors found the prosecution’s version of what happened harder to believe. They sought to portray Durst as a calculating murderer who planned to kill Black in order to assume his identity. Prosecutors said that Durst, who testified that he had disguised himself as a mute woman while in Galveston, was hoping to escape the attention of New York investigators who were still after him for his wife’s disappearance.

During the Texas trial, Durst’s lawyers also hired a psychiatrist, who diagnosed Durst with Asperger’s syndrome, a form of autism, according to a 2004 report by CBS. The psychiatrist said the illness contributed to his strange behavior, including dismembering Black’s corpse.