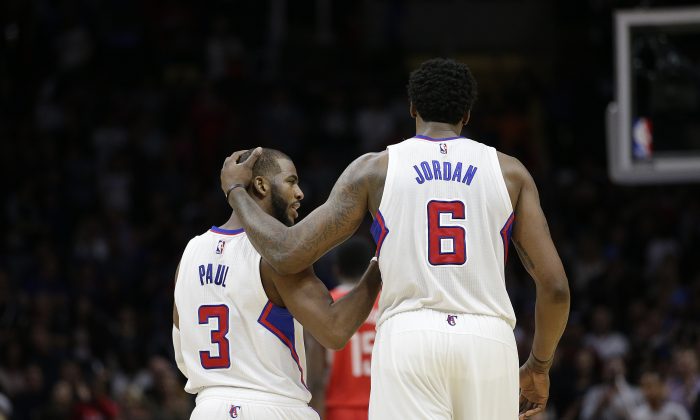 How DeAndre Jordan is Powering Clippers to Wins Without Blake Griffin

Blake Griffin got injured. People started freaking out (including me). But what at first looked like a setback now looks like an opportunity.

The knock on DeAndre Jordan, the Los Angeles Clippers third best player, is that he does little besides rebound and score easy buckets such as putbacks and alley-oops. But Griffin’s injury has prompted him to ramp up his play, and it could have great long-term effects for the Clips.

The Clippers had a four-game losing streak, including a dreadful 131-108 loss to the Thunder without Griffin. But three of those losses were with Griffin in the lineup, indicating the need for production to come from outside Griffin and Chris Paul.

Jordan insisted at first following Griffin’s injury that he wouldn’t try to do anything outside what he normally does. But he quickly changed his mindset, leading to 22 points and a career-high 27 rebounds in a 115-98 win over the Mavericks.

“He looked like Wilt Chamberlain out there playing in 1963–really, he did,” Mavericks coach Rick Carlise said after the game. “He played great, and we didn’t have any good answers.”

Jordan followed up the impressive game with 24 points and 20 rebounds in a 110-95 win over the Rockets on Wednesday night. Houston tried to take advantage of his poor free throw percentage by hacking him in the fourth quarter, but Jordan managed to make 7 out of 16 and the Rockets couldn’t capitalize on the strategy.

So what’s Jordan doing differently? For one, he’s getting more shots. He attempted 12 against the Mavs, and made eight. He also drained six out of nine free throws. Against the Rockets, he got eight shots and made six, and went 12-26 from the free throw line in total. Jordan is only averaging 4.2 free throw attempts per game. Previously, Jordan had only four games this season with double-digit shot attempts, and regularly gets as few as three to six shots a game.

The other big difference is his additional rebounds. They enable him to get more shot attempts, in good positions. Jordan averages a healthy 4.6 offensive rebounds but had 11 against the Mavs and eight against the Rockets. Teammates are also looking for Jordan more since Griffin’s touches have to go somewhere and Jordan is as good a place as any.

With Griffin expected to be out for at least 10 more games, the Clippers need Jordan to continue to ramp up his presence inside. There’s only two games separating the third and seventh seeds in the West (the Clippers are currently the sixth seed), and Los Angeles would prefer to stay in competition for homecourt advantage in the first round of the playoffs.

Meanwhile, after Anthony Davis announced he’d miss the All-Star game with an injury, Clippers coach Doc Rivers said it was a “travesty” that Jordan wasn’t named to the team. Dirk Nowitzki got the spot instead.