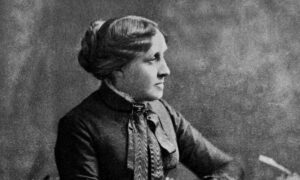 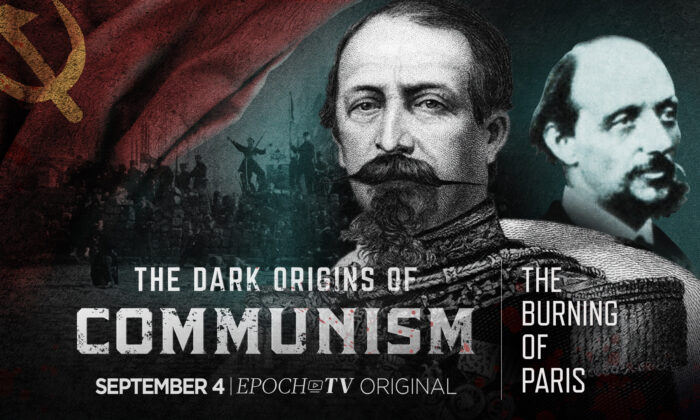 How Communist Ideology Promises Utopia but Delivers a Nightmare

In the fourth episode of a special series by EpochTV titled “The Dark Origins of Communism,” host Joshua Philipp continues to explain the history and reality of the communist movement across the world.

Philipp reveals the shocking turn of events that accompanied the age of “enlightenment,” and the very opposite ideals that were the driving force behind this movement. During the age of enlightenment, people believed that they could discard the old world, and with human reason alone, modern men could fashion something better.

However, this narrative of “reason” was used to launch the Reign of Terror, where at least 40,000 people were beheaded by guillotine. This obsession with bloodshed and destruction led to a century of attempted revolutions, culminating in the Paris Commune of 1871, the first communist form of government.

How did this government come to be? The Paris Commune of 1871 was preceded by socialist launched uprisings in France in 1789, 1830, and 1848. In time, Napoleon III launched his own movement with a coup d’etat in December 1851, to end the chaos.

Napoleon’s rule included a ban on organizations such as the Cult of Reason, and placed restrictions on organizations the socialists were using, including unions and news outlets. However, in 1863, when Napoleon III eased restrictions, French unions immediately sent envoys to join the first meeting of the Communist International, promoted by Karl Marx. This was followed by Marx’s Second International in 1867, along with his publication of “Das Kapital,” and the staging of a new revolt in Paris by Marx’s followers.

Although the communist movement existed prior to Marx, Marx was the figure who gave it a new lease of life. Before Marx, socialism was in its death throes as proponents of the system were unable to win debates in economics and sociology. Marx countered the failing narrative argument by stating all economists and sociologists were of the bourgeois class, and therefore didn’t need to be debated. This gave socialists and communists the ability to ignore and avoid grounded debate altogether, and instead resort to name-calling with class labels. Marx also created a new vision of the communist future: a society created in the image of man, rather than God.

Marx cited a theory from Hegelian mysticism of the so-called “negation of the negation.” This theory asserted that in order to realize a more evolved condition, the previous condition must first be destroyed. Using the promise of an undefined utopia, he justified destruction of all institutions: morality, family, religion, and systems of independence. This method remains a vital pillar of communist ideology today.

The author and reformed revolutionary Fyodor Dostoevsky characterized the motivations of these movements in his book “Demons,” in which he stated from the perspective of the communists: “At the present time all your efforts should be directed towards bringing the whole thing down, both the government and its morality. Only we will be left, we who have prepared ourselves to assume power.”

Marx united socialist factions across Europe. Together they fomented destruction in France and the rest of the world. When Napoleon III eventually softened restrictions, the ideology once again reared its ugly head. Socialist newspapers pushed the new slogan of “moderation is death.” Passions mounted and eventually exploded with the creation of the Paris Commune of 1871, an insurrectionary commune in France that established its own form of government. This was arguably the first communist government, and would in just over two months kill tens of thousands of people, desecrate churches, and destroy roughly a quarter of Paris’s arts and cultural relics.

During the French Revolution, communists dressed farm animals in priest garb and placed prostitutes at the heads of churches as part of the dechristianization movement to destroy religion. They desecrated cathedrals, perverting them from places of worship to places of debauchery.

In an effort to destroy religion under the Paris Commune, priests were again persecuted and temples destroyed. The Commune leaders issued a notice at the church of St. Pierre to justify their crimes.

Religious believers were treated with brutality. What began as a movement to replace supposedly “oppressive” traditions, quickly spiraled down to Commune leaders acting out the very same terrors they claimed to oppose. They confiscated private property, censored rival newspapers, arrested anyone suspected of sedition, and moved to destroy all symbols of the old world.

When it became evident their reign was coming to a close, the Commune lashed out at Paris with brazen acts of terror. The first cultural monument to fall victim was the 840-foot Vendome Column. When government forces moved in to stop them on May 23, the Commune leaders set fire to as much of Paris as they could. Dozens of historic buildings were set ablaze, spreading along the Rue Saint-Florentin, Rue de Rivoli, Rue de Bac, and Rue de Lille, and the famed Tuileries Palace. “The last vestiges of royalty have just disappeared. I wish that the same will happen to all the monuments of Paris,” said Bergeret, a Commune leader.

The Palais de Justice, the Prefecture de Police, and the theaters of Châtelet and Porte-Saint-Martin were in ruins. The Church of Saint-Eustache was damaged, but would survive. The Richelieu library of the Louvre also suffered; the Louvre itself would have been lost, if not for government soldier intervention. The socialists even stole and beheaded 28 stone statues of the Kings of Judah from Notre Dame. Notre Dame survived that encounter, thanks to people who helped extinguish the flames. The Palais-Royal was also among the structures saved. Finally, the Commune leaders torched their own headquarters on May 24 setting ablaze the historic Hotel de Ville, before their brutal reign was overthrown by incoming forces.

Marx sought to recreate and perpetuate the French nightmare, by stating in his 1871 pamphlet that “The Civil War in France,” could have “neither peace nor truce” between the new factions in France, and “the battle must break out again and again in ever-growing dimensions.”

Although the Paris Commune ended, the ideas hatched from France would later be deployed across the globe, including in the United States, with socialist and anarchist riots through the late 1800s that culminated in the 1920 bombing of Wall Street.

Communism’s appetite for never-ending destruction and bloodlust is evident under all of its subsequent systems, including the Soviet Union and the Chinese Communist Party, which together are estimated to have killed well over 100 million people.

Although the names of communist organizations change, history consistently shows us the truth about communism: Although it promises heaven on earth, it instead delivers a living hell. Whenever religion, morals, and respect for society are destroyed, chaos and horror follow. It shows us that “enlightened” ideas that seek to strip humans of their rights endowed by God and replace them with government authority, lead solely to oppression and death.