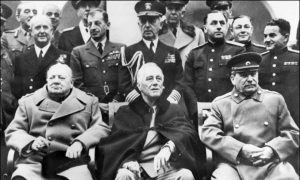 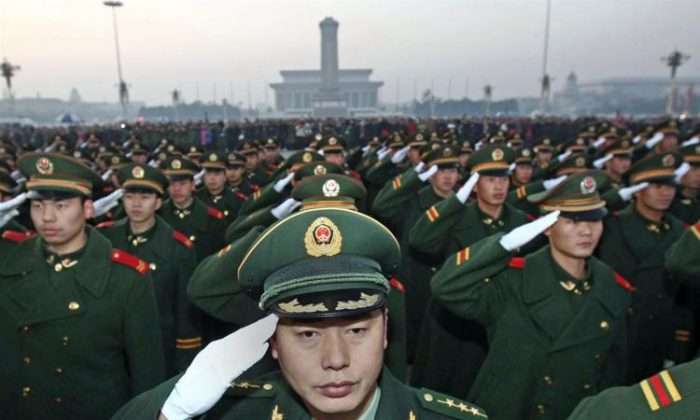 Chinese People's Armed Police responsible for the security of Tiananmen Square and the Forbidden City gather for a ceremony to mark the handover of guard duties on Tiananmen Square in Beijing on November 23, 2009. (STR/AFP/Getty Images)
China

How Communist China Steals American Secrets and Endangers US Security

At a press conference held on Dec. 20, the U.S. Department of Justice (DOJ) announced the prosecution of two hackers from communist China. According to the DOJ, they were members of the hacking unit APT10, which is affiliated with the Chinese regime’s Ministry of State Security (MSS).

Following the creation of the MSS, the MPS Political Security Department was left vastly understaffed and underfunded until after the 1989 Tiananmen Square Massacre, when it began a gradual comeback.

Things changed when the CCP launched its persecution of the Falun Gong spiritual practice in 1999.

The Political Security Department was renamed the Domestic Security Bureau (DSB), abbreviated Guobao in Chinese. Following rapid expansion, the Guobao became notorious for its role in the persecution of not just Falun Gong adherents but all kinds of dissent and religious faith in China.

The MSS and MPS carry out different roles in conjunction with one another. Operations involving foreign countries are the domain of the MSS, while the DSB carries out comparable tasks within China’s borders.

The MSS and the United States

In 1985, two years after the establishment of the MSS, its ex-ministerial assistant Yu Qiangsheng defected to the United States. The knowledge he revealed resulted in the arrest and suicide of top Chinese spy Larry Wu-Tai Chin.

Yu Qiangsheng was the elder brother of Yu Zhengsheng, former Politburo Standing Committee member and the fourth-highest-ranked man in the Communist Party from 2012 to 2018.

Since the defection, the MSS seemed to be at peace with the Americans; at least, no more scandals were made public—until now, that is. The DOJ tried Chinese spy Ji Chaoqun, his handler Xu Yanjun, who was extradited from Belgium, and several other agents. The MSS has re-entered the public spotlight.

The defendants in these three cases were all from the State Security Department of China’s Jiangsu Province (JSSD), a regional arm of the MSS. They all targeted departments and contractors with connections to American aviation technology.

The three cases demonstrate how the Party’s various intelligence departments cooperate in different ways to accomplish the same goal. Stealing American aviation technology is clearly the task of the Jiangsu branch. The JSSD used a variety of methods to carry out its task, including traditional espionage practices such dispatching agents, recruiting experts for direct acquisition of classified information, and hacking.

Of note is the fact that the three men arrested were spies sent abroad by Chinese regional intelligence departments, which shows that not only the national-level MSS engages in overseas espionage.

In 2014, the United States prosecuted five Chinese military hackers belonging to APT1, a hacker group ranked number one in advanced persistent threat (APT), a stealthy computer network attack in which a person or group gains unauthorized access to a network and remains there undetected.

Significant here is the Communist Party’s military intelligence force, which traces its roots back to the days when the CCP’s Red Army was fighting the civil war. Before the reform of the military system, it was mainly comprised of the Second and Third departments of the People’s Liberation Army (PLA) General Staff Department (GSD). The Second Department of the GSD was responsible for traditional espionage; following military reforms, it became the Intelligence Bureau of the Central Military Commission Joint Staff Department.

The five hackers tried by the U.S. judiciary belonged to the former Second Bureau of the GSD’s Third Department in Shanghai. After reforms, the Third Department (Technical Investigation) and the Fourth Department (Radar Division of Electronic Countermeasures) were merged into the Network System Department of the PLA Strategic Support Force (PLASSF or SSF). The reformed department is responsible for cyberwarfare and gathering intelligence.

Building an Infrastructure of Espionage to Facilitate Persecution

The CCP has some non-traditional intelligence agencies that also engage in intelligence work. For example, the public security authorities originally focused on repression inside China. After the persecution of Falun Gong in 1999, at least nine provincial and municipal public security departments were authorized to dispatch agents to other countries for the purpose of gathering information about Falun Gong.

Another organization related to the anti-Falun Gong campaign that gathers intelligence for the CCP is the 610 Office.

On June 7, 1999, the then General Secretary of the CCP, Jiang Zemin, said at the Politburo meeting that the Party would set up a Central Leading Group on Dealing with Falun Gong. Informally, this organization is called the 610 Office after the date of its creation three days later that year on June 10.

While the 610 Office, which operates outside the scope of Chinese law, is infamous for its role in the persecution of Falun Gong adherents, its global reach is not well understood. Few know that by setting up channels to surveil Falun Gong practitioners around the world, the 610 Office established a broad network for overseas intelligence.

Before the Beijing Olympics, French investigative reporter Roger Faligot published his book “The Chinese Secret Service, From Mao to the Olympic Games.” The author interviewed experts from many countries, Chinese defectors, and counterintelligence agencies of various countries. The book specifically describes how under Luo Gan, the hardliner former secretary of the Central Political and Legal Affairs Commission (PLAC or Zhengfawei, one of the CCP’s most powerful organizations) and director of the 610 Office, spies from the 610 Office were dispatched around the globe to fight the so-called “five poisons” of Taiwan independence, Tibetan and Xinjiang activism, Falun Gong, and the Chinese democracy movement.

Germany’s counterintelligence agency has also discovered that the 610 office recruited spies to monitor the activities of Falun Gong practitioners in Germany. Though the 610 Office has the specific purpose of attacking Chinese dissidents, the resources it has built up can be repurposed for other forms of intelligence.

The main method of United Front work is to identify specific targets and build relationships. When a target is befriended, he or she can be co-opted to represent the political interests of the CCP. The target can also become a conduit for professional spies to collect information or provide information directly through the United Front.

United Front activities cover such a broad scope that its mission is relatively vague. Its overall task is to build relationships so as to interfere in another country’s internal affairs by manipulating individuals and institutions in local politics, business, academia, and the like. It takes the characteristics of a mass movement, using many informal and loosely linked operatives. This makes it difficult for counterintelligence agencies to deal with the threat posed by United Front activity.

At the center of these operations is the United Front Work Department of the CCP Central Committee (UFWD), which some Western experts consider a bona fide intelligence agency. Some organizations that are linked to the United Front, such as the Thousand Talents Program, aid in intellectual property theft from the United States as it recruits scientists and other high-value individuals to work in China. ,

For example, Hongjin Tan, who was arrested in Oklahoma on Dec 20, probably belongs to this category. “Hongjin Tan allegedly stole trade secrets related to a product worth more than $1 billion from his U.S.-based petroleum company employer, to use for the benefit of a Chinese company where he was offered employment,” said Assistant Attorney General Demers.

Another typical case is Yang Chunlai, former president of the Association of Chinese Scientists and Engineers (ACSE). The ACSE was founded in Chicago in 1992 and has members in more than 20 states in the United States. At the end of May 2006, Yang attended “the third year of Study Workshop for Young and Middle-aged Chinese Persons in Charge of Overseas Chinese Associations” in Beijing, organized by The Overseas Chinese Affairs Office of the State Council (OCAO).

The OCAO is a branch of the United Front operating within China’s State Council. In the institutional reform of 2018, it was openly transferred to the UFWD. In 2007, Yang spoke at the 4th World Overseas Chinese Association Conference held by the OCAO, saying that “it’s not necessary to return to China to serve for the country.”

“We now have 1,500 registered members, and about one third have American citizenship. Through the connection between friends and family members, we estimate that we can affect 500 votes.” Yang himself was also a member of the Overseas Expert Advisory Committee of the OCAO, indicating his connection to United Front work.

On July 1, 2011, Yang was arrested by the FBI when he had already bought a ticket to China scheduled for a week later. He pleaded guilty to the charge of stealing trade secrets from Chicago Mercantile Exchange (CME), where he had worked for 11 years. He planned to cooperate with the Chinese company, Zhangjiakou Chemical and Electronic Commodity Exchange.

It was initially estimated that his theft could result in a loss of $50 million in CME. In the end, the judge made passed a more lenient verdict on the grounds that the initial estimated loss was too high, and because of Yang’s supposed long-term contributions to the community, including the Chinese community.

In fact, as a representative of the United Front, Yang’s purpose in serving the Chinese community was only to build intelligence and political assets for the Communist Party.