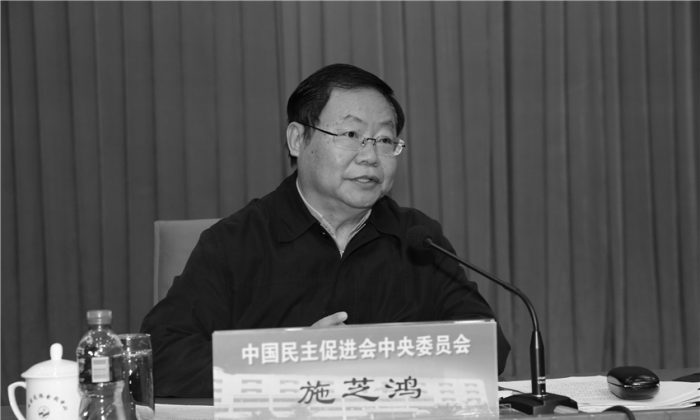 How Chinese Officials View the Press

Stories about media control and repression in China are legion—daily propaganda directives, stories spiked, journalists fired—but Chinese officials do not always reveal how they really feel about the press. What is the media, anyway, to a Chinese Communist Party apparatchik?

Now, in their own words (which sometimes employ vulgarity) these official say the media is a tool to be used: a mouthpiece, an obedient servant, and a lapdog—and the expectations even seem to extend to the foreign media.

In July 2009, a reporter with China National Radio, a state-run broadcaster, was seeking to interview officials working on the Zhengzhou Urban and Rural Planning Bureau, during a series of events the bureau was holding. In one of the public meetings, a citizen raised an issue with the construction project. So when the reporter finally got his chance to meet with Li Chengxiang, the deputy chief of the planning bureau at the time, he asked him about these grievances.

And then the reporter received an earful: “Do you speak for the Chinese Communist Party or are you going to speak for the people?” Li Chengxiang said, angrily, according to Sina, a major Chinese news portal.

The presumption was that officials with the press, in particular the state press, have a one-way responsibility: to propagandize the policies of the state.

Observant readers were quick to point out that Li’s question also contains an important theoretical discrepancy: by asking whether the reporter was representing either the Party or the people, he was implying that the interests of the two diverged. While that is indeed mostly the case in China, Party doctrine states clearly that the Party is actually the ultimate representative of the people.

The press pass in many places acts as an amulet for journalists, allowing them easy entry and exit from places not usually reserved for the public. But it doesn’t always work that way when dealing with Chinese officials.

In April 2010, when a reporter with the state-affiliated Legal Daily, presented his press pass to Zhang Shi, a public resource official in Zhejiang Province, Zhang simply said: “This is useless.”

The reporter pressed further. “Why do I have to accept your interview?” Zhang responded. “I refuse to be interviewed. And you can’t do jack about it.”

Li asked “How could it be useless? It’s issued by the State Administration of Press, Publication, Radio, Film and Television,” the agency that is in charge of media control. The arguing did him no good, however.

Shen Jinlin, the director of Central Hospital in Hengyang, a city in the central province of Hunan, had a much more vulgar comparison for what he sees to be the role of journalists.

After seeing news reports showing Shen’s car in an underground parking lot—the report was aimed around exposing the excessive and illegal benefits being received by hospital workers and executives—Shen exploded at the press and other officials in a meeting.

“The reporter went so far as to track down and take pictures of a car that I have hidden in an underground parking lot!” Shen said, before comparing “the pen of reporters” to the genitalia of a prostitute.

Shen is both director of the hospital and a representative to the municipal People’s Congress, an official post. News reports that covered his reaction expressed shock at the idea that the director of a 100-year-old hospital, and a government official, could make such a vulgar outburst in public. Even a reporter with the state-run Xinhua wrote: “Either the man has problems, or he holds the media in contempt.”

This idea came through in the words of Shi Zhong, a former secretary to powerful Party figure Zeng Qinghong, and representative to the Chinese People’s Political Consultative Conference, a faux advisory body to the Party. Zeng Qinghong was one of the most powerful officials in China, despite his low profile, for his work in locking down the Party during and subsequent to the reign of his political master, Jiang Zemin, a former regime leader.

On March 8, Shi said that “Any media’s exclusive report must be based on evidence. Don’t report if you don’t have any evidence.” He continued: “Especially those overseas media, who report without evidence, and without having information fed to them by the relevant departments, who rush ahead expose things and fabricate information in the process.

He Qinglian, the author of a book on Chinese media control, wrote in an analysis in Voice of America that Shi’s remarks appeared to demonstrate that Chinese officials see the foreign media as a source for deliberate leaks.

She added: “This act of providing information could be an act of an individual Chinese official, or it could be the act of a certain group.”

“And the part about being ‘fed information’ by ‘relevant departments’ can only mean the person who is leaking the material is doing so under the order of his supervisor,” she continued.

The remarks feed into long-running skepticism, held by He Qinglian and many other scholars of Chinese media and society who grew up in and lived and worked in China as adults, that the reports on the wealth of Chinese leaders that emerged in 2012 in the New York Times and Bloomberg were done solely by Western journalists working alone.

“All top Chinese officials engaged in political struggle have their own channels to feed information to different foreign media,” He Qinglian wrote.

Back in November 2012, New York Times published a lengthy exposé, showing how Wen Jiabao, who was the the Premier at the time, had amassed the great wealth over the years with “exhaustive” details. The controversy at the time was not so much about Wen, but rather where New York Times got the detailed dirts on Wen.