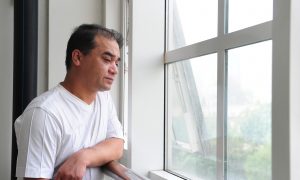 How China’s Regime Is Isolating the Uyghur People

Recently, municipal authorities of Yining in China’s westernmost province of Xinjiang made a general notice to its 440,000 residents requesting that they hand over their passports to the local Public Security Bureau. Failure to do so by May 15 would result in the documents being voided, Deutsche Welle reported. No explanation has been given for the regulation, which otherwise appears to be just the latest in a long line of repressive policies perpetrated by China’s one-party state.

Yining, also called Ghulja, sits near the Sino-Kazakh border in the northwest of Xinjiang, which is China’s largest province and home to 47 of China’s 55 ethnic minorities. Among them the Uyghurs, who at over 10 million make up nearly half of the region’s population.

A Turkic Muslim people, the Uyghurs have been repressed under Communist Party rule for their race and religion ever since 1949, when the Chinese regime took power. Even now, decades after the worst episodes of Mao’s dictatorship, Uyghurs are discouraged in state media from their traditional customs such as growing beards and wearing headscarves for female modesty, and they have even been coerced into raising pork, considered unclean in Muslim culture.

Dilshat Rexit, a spokesman for the World Uyghur Congress, told Deutsche Welle, “The Chinese government is worried that Uyghurs, after returning from travel abroad, will have a better understanding of their condition and have a stronger will to oppose the government.”

The Chinese regime has made it standard practice to refuse travel documents for known dissidents. More generally, Uyghurs are often refused service when trying to book hotel rooms or buy plane or train tickets in other parts of China, due to the perception of them being terrorists.

“The limitation on passports shows the government lacks any confidence when its rule in Xinjiang is threatened,” Rexit said.

Tsering Woeser, a well-known Tibetan writer and activist, told Deutsche Welle she had been turned down multiple times since 1997 when applying for a new passport. Her latest attempt, in 2012, ended when a police officer told her that she had been blacklisted from overseas travel by the Public Security Bureau.

“My life is not greatly affected [by the new regulation] because I don’t have a passport,” said Woeser, who has had to turn down invitations to participate in writing programs in the United States and Germany because of her inability to travel.

Apart from the confiscation of passports in Yining, language and educational policies in Xinjiang indicate that the Chinese Communist Party has a stake in isolating minorities while simultaneously depriving them of their cultural identities.

The Uyghurs are a Turkic people whose language and culture share similarities to those of the Central Asian peoples of Kazakhstan, Uzbekistan, and other nations.

According to a report published on May 20 by the Uyghur Human Rights Project (UHRP), “The Chinese Communist Party has placed itself at the center of defining the Uyghur identity” with the intention of assimilating Uyghurs into a “broader Chinese state identity.”

Of salient impact on the Uyghur identity are the so-called bilingual education policies, which declare the equality of both the Uyghur and Mandarin languages, but in practice severely marginalize the former.

The report, titled “Uyghur Voices on Education: China’s Assimilative ‘Bilingual Education’ Policy in East Turkestan,” includes four essays written by young Uyghurs describing their experiences under the policy that is “designed to transition Uyghur students at all levels from education in their mother tongue to education in Chinese resulting in the removal of Uyghur in the classroom and presenting a fundamental challenge to a distinct Uyghur identity.”

“Bilingual education” was first actively implemented in Xinjiang schools in the 1990s. In addition to adding more Mandarin-language instruction time, local curriculums were altered to include more political indoctrination and employment practices were skewed in favor of Han Chinese teachers, even if they could not speak Uyghur.

“China’s bilingual education policy as implemented in East Turkestan is not bilingual at all. In practice, it is a monolingual Mandarin education,” said UHRP Director Alim Seytoff in a statement made in Washington, D.C.

In 2004 Mandarin was made the main language of instruction in elementary and middle schools in Xinjiang, and in 2010 billions of yuan were poured into funding bilingual programs in 1,700 kindergartens. By February this year, 450,000 children had received such education in kindergartens following the investment, which included over 1,000 new bilingual preschools, the report said.

‘We Are All Chinese’

Though the Chinese Communist Party trumpets the cause of ethnic and racial equality, in practice Han Chinese students and Uyghurs receive very different treatment and opportunities.

Ilham Tohti, a renowned Uyghur scholar now serving a life sentence in a Chinese prison, wrote in a 2013 essay that in his review of high school classroom sizes in the city of Atush, class sizes averaged 50 students per classroom for Uyghurs and only 30 per room for Han students, reflecting funding differences to the advantage of the Han.

For the unnamed author of one of the selected essays included in the UHRP report, who wrote his narrative in Chinese, the bilingual education program prevented many young Uyghurs from gaining proper command over their native language:

“Before I even spoke two sentences [in Uyghur], suddenly my words had already become incoherent, and even simple words took a long time to figure out,” the author wrote.

“Asked why they don’t know their own mother tongue, many people will reply without hesitation, ‘Don’t you know how intensely our class schedule has been arranged? I can’t even manage my studies, how would I have the energy for that?'”

Writing about his university years, the author offered a discussion about race and discrimination in the broader Chinese context, despite the fading of Uyghur culture and identity:

“So many people repeat over and over, ‘We are all Chinese,’ but as soon as something happens involving our ethnic group, they are so quick to lock us up. The reality of life reminds us incessantly that we cannot become Han, nor can we have equality with the Han people.”

While Uyghurs and other ethnic groups are rapidly replacing their local languages with Mandarin, Han Chinese living in Xinjiang rarely learn Uyghur and are even denied the opportunity to do so. Senior Communist Party officials have portrayed the Uyghur language as incapable of rendering modern concepts and even claimed that the inability to speak Mandarin encourages terrorism.