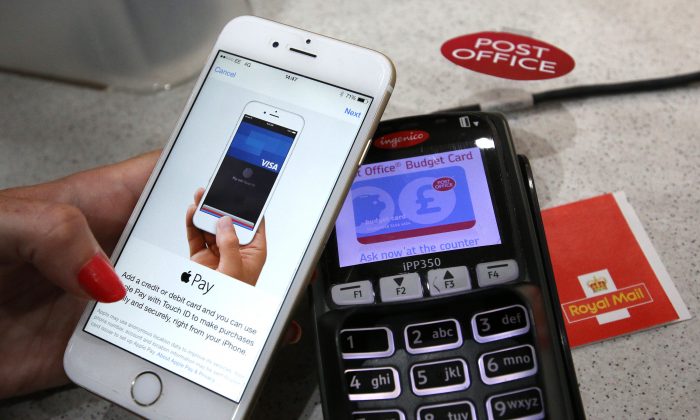 An iPhone is used to make an Apple Pay purchase at The Post Office in London, England, on July 14, 2015. (Peter Macdiarmid/Getty Images)
China

How China Is Leading the World in Mobile Payments

Fintech is currently one of the most talked about topics in the global financial industry. Fintech, which stands for financial technology, refers to an emerging industry of tech start-ups that are disrupting the traditional financial industry by offering new innovative financial products and services, which aim to be customer-friendlier, easier to use and more cost-efficient.

Fintech Lagging in Latin America Because of Regulation

Both Alipay and WeChat allow its users to pay at restaurants, retailers, ecommerce platforms, and even pay parking tickets and their utility bills. Hence, the Chinese consumer is swiftly moving away from credit cards and cash to using mobile payment platforms instead.

The success and strong growth potential of the mobile payments market has also attracted the third Chinese tech giant Baidu, which launched its own mobile payment system Baidu Wallet in 2014, to compete with WeChat and Alipay. This increased competition has led to further innovation in the payments space, but also, to international expansion.

As Chinese tourists are making up an increasingly large amount of the visitor demographic globally, more international merchants are starting to accept Chinese mobile payment platforms to receive payments. In 2015 over 135 million Chinese traveled abroad and have spent over $200 billion in foreign countries. This creates a huge opportunity for the mobile payments industry outside of China’s borders.

Market leader Alipay recognized this early and initially expanded its service to Taiwan, Hong Kong, Macau, and Singapore. Now, however, Alipay can be used across the globe as Alipay has struck partnerships with Stripe, MasterCard, and most recently also Uber, enabling customers to pay for the Uber cab rides with Alipay.

Tencent’s WeChat has expanded its full app access, including the payments functions, to Hong Kong and South Africa. While its Chinese users can make international payments in nine currencies in 20 different countries.

Baidu Wallet has just announced that its customers can use its service in Thailand to make purchases via QR code scanning. Baidu Wallet has enabled its user to make payments at over 400 vendors in Bangkok, Phuket, Chiang Mai, and Pattaya. Furthermore, Baidu has announced that it intends to expand its payment services to states popular amongst Chinese tourists such as Japan, South Korea, Hong Kong, Macau, and Taiwan.